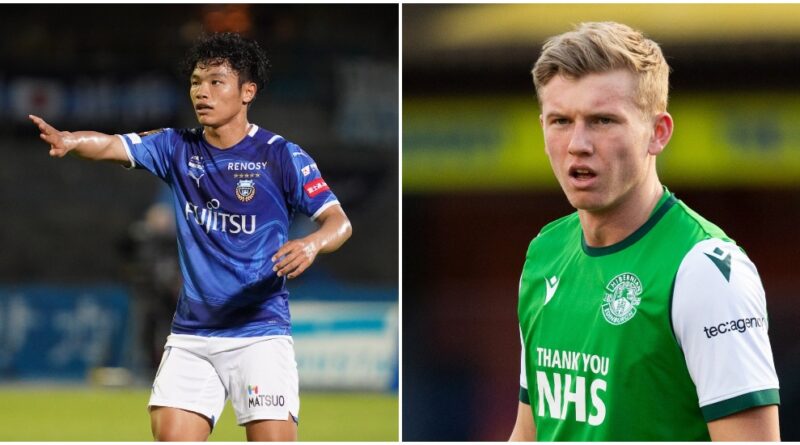 After the success of the Japanese player formerly from the J1 League, Kyogo Furuhashi, at Celtic, the manager is looking for a few other players in the J1 league. Postecoglou is eyeing a move for the Japanese trio Daizen Maeda, Reo Hatate and Yosuke Ideguchi. Ideguchi is an outstanding striker of the ball. He scores some excellent long-range goals and also sets up other players to score goals with some beautiful passes.

Ideguchi was considered as the next best thing in Japanese football not so long ago. Yosuke Ideguchi’s transfer process to Celtic is picking up pace day by day. Out of the three mentioned Japanese players, he was the last one to get linked with the club but it seems that he could be the first one to get signed by the Hoops.

An excellent goal scorer and a skilful attacker who can score a lot of goals with his head. Celtic are in a race to land the £1.5 million priced young winger from South Korea along with some other clubs from Europe, including Udinese and Fenerbahce. Min-kyu Song joined Jeonbuk only about six months ago and has already started to attract interest from big teams.

Celtic manager Ange Postecoglou likes the player and wants to bring in an attacker to Parkhead in January. Song has scored 8 goals in 29 games in K League, playing as a winger. He has played for his national team in two Olympics and also provided an assist in a World Cup qualifier against Siri Lanka.

Callum Styles has very recently emerged as a target for Celtic. The hoops are in a dire need of a full-back, as the back four has not settled yet. We have seen many changes at the back since the beginning of the season. To solve this problem, Celtic have decided to approach Barnsley full-back, Callum Styles. The young English has the potential to be equally good both as a midfielder and a wing-back. The Yorkshire club has been struggling this season but Callum Styles is still one of the better performing players in the team.

Styles is a very competent wing-back and along with that, he has a great vision and technical qualities to play as an excellent midfielder. He is an exciting prospect with great talent. He also has quite a bit of experience at a very young age. If Celtic are able to pull it off, this will be a terrific signing.