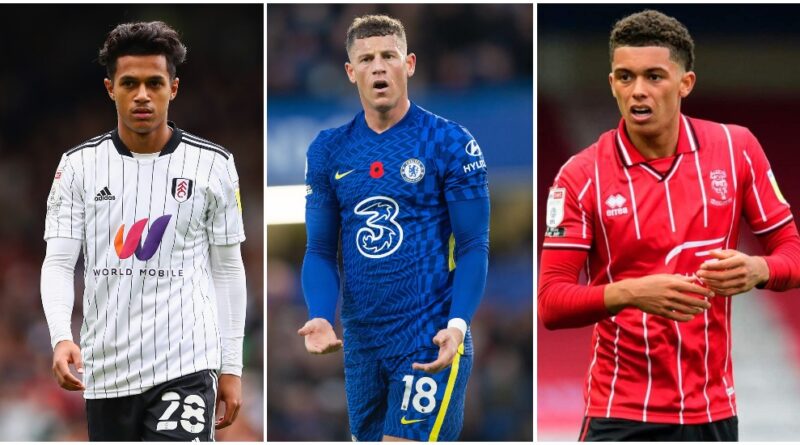 With the transfer window approaching, Leeds fans have high hopes from the management to sign some good players to provide momentum to this campaign of theirs. Most of the fans as well as the management feel that the club needs to invest in a midfielder.

Bielsa’s team always delights the fans with their unapologetically attacking style of play and a strong, fluent midfield can help make the game more attacking and attractive. In this article, let us look at some players that Leeds United could sign in the January transfer window.

Here are the seven players that Leeds United could sign in the January transfer window.

Another player Leeds are closely monitoring according to Football Insider is Nottingham Forest winger Brennan Johnson.

Johnson has enjoyed a breakthrough season at Forest and his impressive performances have caught the attention of several Premier League clubs including Leeds.

Leeds will face a fight for his signature though, with the Telegraph reporting that Brentford have had a £10 million bid rejected for him recently.

Chelsea star Ross Barkley has been heavily linked with the Peacocks right now. The English midfielder has played for Leeds in the past for a short while on loan from Everton. He is currently a Chelsea player again after spending a year on loan with Aston Villa. Ross Barkley is a pacy player with power and he possesses great technique as well.

Barcelona midfielder Xavi said in November 2014 that Barkley is good enough to play for the La Liga club, praising his physical and technical qualities in both penalty areas. Barkley has not been a regular starter for the Blues and would like to be a regular starter.

His signing would boost Leeds’ midfield needs and would also give the young player a chance to restart his career. He hasn’t really been very consistent but given the chance, he might prove himself to be the right choice for the club.

The young French midfielder is a very promising player who plays for Ligue 1 club Brest and also plays for the France U-21 team. Many clubs, including AC Milan, are keen on the player. Leeds United have a very keen eye on the player and would like to give a chance to this young player rather than spending on a big name.

From what has been seen of him playing for Brest, he is a very versatile player who can play as a number 10 as well as a wide midfielder. He can carry the ball very well and can also handle the press impressively. His strength is to carry and run at the opposition player with the ball, he can also deliver well with dead-ball situations.

Lewis O’Brien plays for Championship club Huddersfield Town. He has a good vision and can also create goals for his team mates. He can carry the ball effectively up the field with his dribbling skills and that left foot of his can also finish well. The system he has been playing in is somewhat similar to Bielsa’s style of play.

The signing of a new contract with Huddersfield might halt the deal but let’s see what is in store for United. They have been in pursuit of the youngster for a while now. Huddersfield has reportedly rejected an offer of £13m back in September.