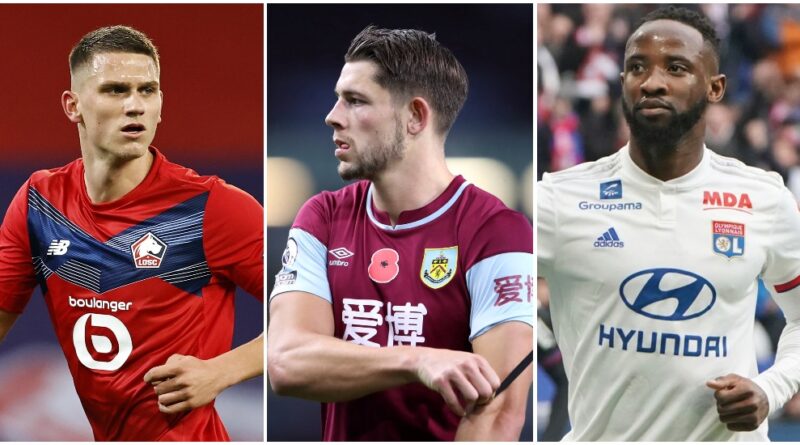 With Mike Ashley finally out and the takeover of the Saudi Arabian Public Investment Fund, Newcastle have become the richest club in the world. They now look to make their mark on the Premier League with several signings in the January transfer window.

With Eddie Howe taking charge of the Magpies, he will want to strengthen his squad as they begin to fight for survival in the Premier League. In this article, let us look at some of the players that Newcastle United could sign in the January transfer window.

Here are the players that Newcastle United could sign in the January transfer window.

Newcastle United are plotting an ambitious move for Lille defender Sven Botman in the January transfer window, with the Ligue 1 club reluctantly willing to listen to offers of around £40m.

The Netherlands U21 international was instrumental in Lille’s title-winning campaign last term, with the club upsetting the odds by pipping Paris Saint-Germain to the title.

Lille are understandably desperate to hold onto Botman but the club are in financial disarray. The Athletic claim they will reluctantly listen to offers of around £40m next month.

Newcastle want to sign Martial on loan in a deal that could cost £6m as Eddie Howe looks to bolster his forward options. Martial has racked up 174 appearances in the competition since joining Manchester United back in 2015.

Newcastle need to bring in at least one forward next month if they are to have any chance of survival. Wilson has had his injury problems since joining the club, something Howe will be aware of.

Ake, 26, has struggled to break into Manchester City’s side of late. The Netherlands international joined City from Bournemouth in 2020.

None surfaced. Now they have the cash, and are expected to spend in January. If a centre-back is to be signed, a left-footed one would be ideal.

Newcastle are eyeing a January transfer swoop for Lyon striker Moussa Dembele, according to the Daily Mail. They report that the French club are open to selling the former Fulham man if they receive a suitable offer when the window opens.

Newcastle have been drawing up a list of young strikers but former Celtic and Fulham forward Dembele has plenty of top-level experience also. Some Newcastle fans may feel their club needs a new central defender and midfielder – or two – rather than a backup striker.