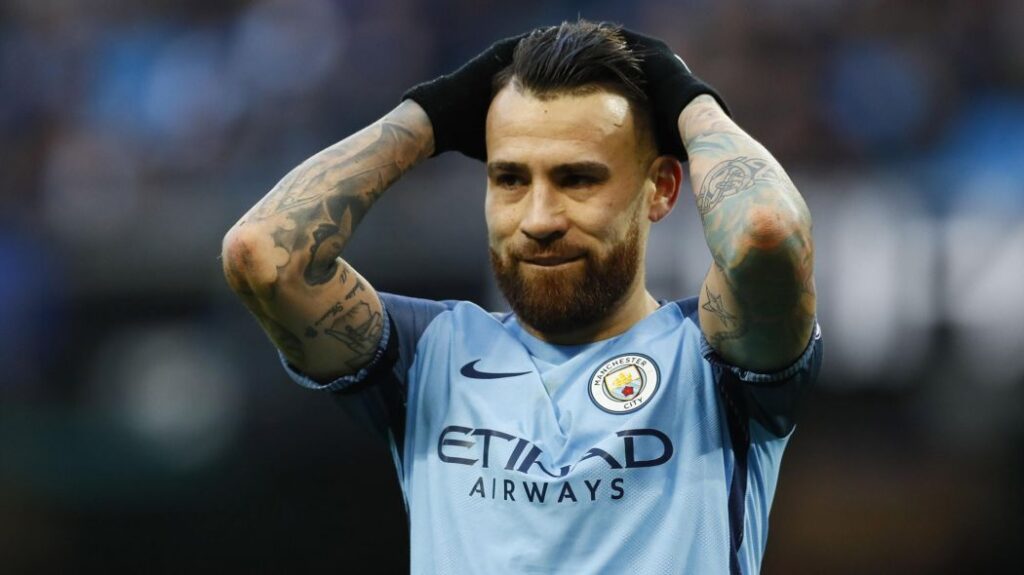 After a remarkable season which saw English giants Manchester City win the unprecedented domestic treble along with the Community Shield, it’s time the Blues boss Pep Guardiola make necessary shake-ups in the line-up ahead of the 2019-20 season. City made only one major signing in Algerian winger Riyad Mahrez last summer but things may not be the same this time around.

With a handful of players already nearing the end of their contracts, some of the former players may be seen making way for fresh blood into the team. Here’s a list of the probable 5 Man City players who could see the exit door this summer:-

Signed for a then club record fee of €47 mil, the 28 year-old French defender could never consolidate his place in the City squad. Bought in by Manuel Pellegrini in the summer of 2014, Mangala remains one of the most futile signings made in the Sheikh Mansour era, especially given his hefty price tag.

Since the arrival of Pep, things deteriorated as the left-footed defender lost his place in the starting XI and a host of injuries throughout the years forced him to be out of senior team football. Mangala signed a one-year extension last season which means City are looking to get some money out of the player’s departure who managed only 81 first-team appearances in six years.

The 31-year old Argentine defender is reportedly unhappy with his playtime at the Etihad and a move away from the club this summer may be on the cards. Various reports suggest that the former Valencia man wants a transfer away which could guarantee him regular first team football. He arrived in Manchester in 2015 for €38 mil and has been a critical member of the Blues backline ever since. He was a crucial part of the City team which accumulated 100 points in the Premier League last year, having made 34 appearances in the league itself.

Otamendi’s present contract expires in 2022 but Pep Guardiola may allow his star man to leave alongside club captain Vincent Kompany who recently announced his departure to Anderlecht after 11 years. City are reportedly in the market searching for a new centre-back and this could finally mean Otamendi making a move elsewhere.

Makeshift left-back Fabian Delph has been crucial to Pep’s success at City after the versatile English midfielder adapted well to the left flank in Benjamin Mendy’s absence alongside Ukrainian international Oleksandr Zinchenko. Delph, however looked out of favour this season after making some below-par performances with Pep handing over the position to Zinchenko for majority of the season. The 29-year old started off at Leeds United before a six-year stint at Aston Villa after which he was scooped up by Pellegrini in a €9 mil deal in 2015.

With Mendy probably returning to full fitness next season and Pep already deciding on Zinchenko as his back-up for the position, it may finally be the end of roads for Delph at Etihad this season.

The German winger made fewer appearances than expected this season, with various reports suggesting that his off and on-field issues had prompted Pep leaving the 23-year old out of the starting XI on numerous occasions. Sane won the PFA Young Player of the year in 2018 and was one of the few players to register goals and assists in double digits. Many top European clubs are currently monitoring Sane’s situation given his excellent prowess on the field which could prove to be massive for any team. The German arrived in Manchester in 2016 for €42 mil from Schalke 04 and was one of Guardiola’s marquee signings in his first season at helm.

The pacey speedster already has 25 goals and 28 assists to his name in 89 league matches for the Blues and is undoubtedly seen as one of the hottest young prospects in the market. Manchester City have already made it clear that they won’t be willing to let him go for anything less than £100 mil, if they decide to part ways.

The veteran moved to Manchester City replacing Joe Hart between the sticks in 2016 but could never cement his place after a rather disastrous opening season. Brazilian goalkeeper Ederson was signed the following season and Bravo’s playtime was set to be reduced further. The 36-year old is Chile’s second most capped player with over 100 appearances for his nation.

Bravo suffered an achilles tendon injury in August 2018 which saw him side-lined for the whole season with Aro Muric replacing him as the cup keeper. The player may finally be relieved of his duties as Muric seems ready to be the second-choice goalkeeper and Grimshaw being another feasible candidate for the spot.