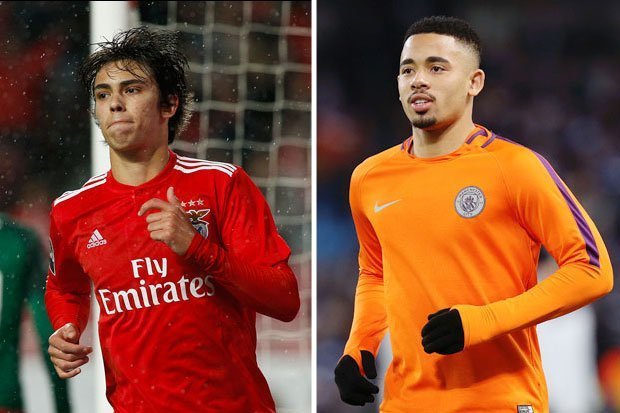 Manchester City had a great 2018-19 season with the club winning domestic treble, a feat which has never been acheived before. However, City still have some areas in their team which will need strengthening, especially to win the Champions League. With Pep Guardiola having won back to back league titles, UCL is something Pep woud be eager to win. In this article we will have a look at some of the players Manchester City could sign in summer.

Considering various media houses, here are the 8 players Manchester City could sign in summer of 2019 –

If reports are to be believed, City have cooled their interest in the Portuguese midfielder. However, they should maybe think again as failing to sign would see them miss out on a potentially world-class player while handing him to one of their rivals.

The all-action Fernandes can play practically anywhere in midfield and is both a creator and score of goals. A potential long-term successor to David Silva, Fernandes has also attracted other clubs. It has already been claimed that Manchester United will swoop if City fail to secure the 24-year-old – and that could be a big mistake.

Manchester Clubs are ready to go head to head for Benfica’s starlet Joao Felix, according to Portuguese newspaper Record. He’ll cost them at least £105m with a number of clubs also keen.

City may need to sale Jesus if they want to bring Felix to the Etihad Stadium.

The holding midfield role has emerged as one of Man City’s key issues, with the reliable Fernandinho entering the final phase of his career. The Olympique Lyon midfielder is known for his tenacity and aggression in midfield while his technical quality means he can also become influential in City’s build-up play.

Fernandinho has also struggled with frequent injuries throughout the course of the season, and due to lack of reliable alternatives in the said role, Guardiola has often been forced to alter his formation in order to accommodate the more technical midfielders.

Tanguy Ndombele, therefore, could be a fascinating option for Guardiola even though the Frenchman is not a like for like replacement for Fernandinho.

If City sign a full-back in this transfer window, it is more likely to be Ben Chilwell. Leicester’s Ben Chilwell is among the most promising defenders in the Premier League and has attacking intent to boot.

However, it is also been reported that City are ready to give Benjamin Mendy one last chance to prove his worth. Zinchenko has also established himself a a starter, which has taken some pressure off Guardiola.

Signing a new defensive midfielder has long been a priority for Guardiola who missed out on both Fred and Jorginho last summer. The way Fred has struggled to settle at United suggests that might have been a blessing in disguise but the need for a new anchor as Fernandinho has just turned 34.

Rodri, 22, is one of La Liga’s most highly-rated midfielders – both strong in the tackle and excellent on the ball. City should do all they can to get a player who could anchor their midfield for the next 10 years if things work out.

The imminent departure of Vincent Kompany from Manchester City will leave some big boots vacant and the Daily Mail reckons Harry Maguire is the man Pep Guardiola would like to fill them.  Maguire’s current employers will demand a hefty amount for the  proven 26-year-old England international who has four years left on his current deal.

City would face a scrap to get De Ligt as the Ajax sensation is wanted by every big club in Europe. They would have to break their record transfer fee to stand any chance of pulling it off.  De Ligt is a defender first and foremost and possesses the same physical presence that will be missing from Guardiola’s backline.

Crucially, the 19-year-old is also superb at bringing the ball out of defence to start attacks, while his eye for a goal from a set-piece would be another advantage as Guardiola has previously admitted it is the only weakness in his squad.

However, the chances of him signing for Barca are more because in an recent interview he said,

“I think [Frenkie de Jong] had a great season. He deserves to sign for Barcelona

“It would be good to play with Frenkie at a club, but in these moments I don’t know what will happen.”

Manchester United and Manchester City are ready to battle it out for Isco’s signature, according to Spanish publication Sport. PSG are also keen, as ever.
Isco again faces an uncertain summer at the Bernabeu after a quiet season, making just 11 Liga starts under three separate managers, but Zinedine Zidane is ready to cash in if the price is right.
That price, though, is €120m (£105m), which would shatter City’s transfer record and contradict United’s summer transfer plan. But, you never know.