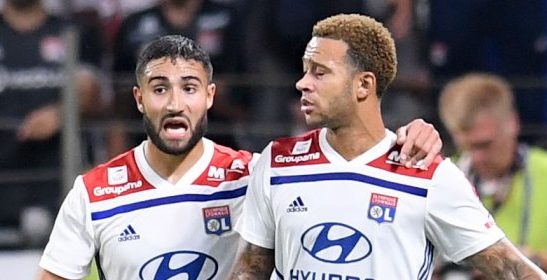 After a season with record 97 points in the English Premier League, Liverpool FC still lacks the squad depth necessary to challenge all there is to grasp. The shock exits from FA cup and the League cup show that Jurgen Klopp has a lot of room for improvement left in his squad despite signing big shots like Van Dijk and Alisson.

The strength must be distributed throughout the squad and also the bench. Just a presence of quality players on the bench can bring absolute difference in a match, which Xherdan Shaqiri brought against arch rival Manchester United. Quite a few hotshots have been linked with shocking move to Anfield this summer. Here are some players around whom the gossip is as juicy as it gets.

Combining the rumours of all the big agencies, here are the 5 players Liverpool could sign this summer –

The former Manchester United star Memphis Depay has been linked with a surprising move to Anfield this summer. With agent VVD and Winjaldum from Netherland squad in action, Depay looks all in for a move. He became quite a news after he posted a bizarre video with a caption “Merci Lyon”, where he walks on with a “red” get up towards a “red” plane which could possibly be a foreshadowing of his move to Merseyside. He has been in a terrific form since joining Lyon from Manchester United, scoring 34 goals in Ligue 1. With Daniel Sturridge and Divock Origi possibly leaving the squad, Depay is highly likely to arrive at Anfield with an agenda to give fierce competition to Sadio Mane.

Luck has not been on the side for the Lyon captain. With a concern over knee injury, the dream transfer for Fekir to Liverpool broke down at the eleventh hour. The link remained though, since the rumors are rising up again that the president of Lyon has given Nabil his blessing to leave the club. In his words, “Thanks Nabil for bringing what he brought, we have an understanding to let him go”. With the aim to bring the creative flair back to the midfield, Klopp signed Naby Keita and also Shaqiri as a backup. Although it is not fair towards a player to judge him in his first season, Keita’s injury record shows serious concern since Milner is also aging and Klopp might as well be out of creative options in rainy days.

The gaffer has a long-standing fascination towards the hotshot striker. With Shaqiri being in irregular form, Roberto Firmino’s position in the team remains completely unchallenged. Timo has his eyes on Allianz Arena for a while which is nothing unique for a Bundesliga player. Since Lewandowski signed a new 5 year contract, Bayern’s main concern is over wingers and hence Timo’s dream keeps becoming timid every day. With 1 year left in his contract, Bayern is in no rush to sign him. RB Leipzeig Chief has asked Timo to leave or sign a contract.

After an irregular but more regular football spell in Bayern than that of Real Madrid, James is still looking for a way out of Germany. Liverpool had a long-lasting fascination towards the Columbian star. To Klopp, James might just be the perfect replacement for Coutinho or even compete with Firmino for the position of No 10 or False 9. With Real aiming for Hazard and Pogba, chances to go back to Bernabeu for James grow slim.

Ajax had an outstanding season, Hakim Ziyech being one of the orchestrators behind it. With club giants grinding rough for Ajax stars, Barcelona already signing De Jong, Ajax stars are the hottest targets in the transfer market. A bidding war is rumored to be about to start between the Premier League elites for the playmaker, Hakim Ziyech. The Moroccan stood out with his own charisma and is said to be attracted the attention of Liverpool management. A bid from either Arsenal or Liverpool in coming days will have anything but an element of surprise. He is definitely one of the players Liverpool could sign this summer.