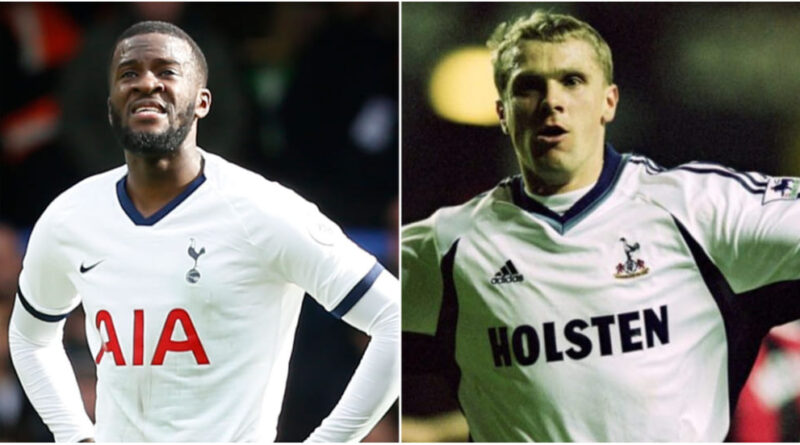 Spurs are one of the most followed clubs in the UK. Many great players have played for the club. However, the club has also made quite a few horror signings. These signings were not only bad for the club but also for the players. Let us have a look at some of the worst Tottenham Hotspur signings ever.

Here are the 20 worst Tottenham Hotspur signings ever.

Vincent Janssen had scored 27 Eredivisie goals in his sole season at AZ and was seen as the ideal player to provide competition for Kane. However, in 27 Premier League appearances in his debut season, he scored just twice and was loaned out to the Turkish Super Lig the following year.

Mauricio Pochettino and Daniel Levy got this one wrong; Clinton N’jie was signed from Lyon back in 2015 for a cool £12million. Pochettino couldn’t find a way of making N’jie fit into the Spurs set up.

He made just 14 appearances, though, and was shipped out on loan to Marseille, with the manager unable to tame his wild first-touch and raw pace. His loan move was made permanent in 2017. He is undoubtedly one of the worst Tottenham Hotspur signings ever.

Blondel was regarded as one of Europe’s top prospects at the time, having helped Mouscron to the Belgian Cup final after reportedly turning down the chance to join Manchester United six months before the Tottenham move was finalised.

Regardless, despite clearly being a player with a good pass on him and the vision to make the most of it, in his few brief appearances for Spurs he struggled to contend with the combative necessities that come with life in a Premier League midfield and  went on to become one of the worst Tottenham Hotspur signings ever. Only 37 minutes of action in two years and Blondel was shipped back to Belgium to play for Club Brugge.

Boateng is one of the biggest wastes of talent in recent Tottenham history. His first manager Martin Jol was gone within a few months of his own arrival. The Dutchman’s replacement, Juande Ramos, handed him a run of appearances during that 2007-08 campaign but eventually decided he preferred others to the skilful Boateng.

Ramos’ apathy to the Ghanian was replicated by Harry Redknapp. Though the latter initially brought Boateng back in from the cold, he also soon decided the likes of Jermaine Jenas and Luka Modric were better suited to what he wanted.

Underlining the whole sorry affair, Boateng came back to haunt Spurs when he scored Portsmouth’s winner in their 2010 FA Cup semi-final.

The South African centre-back was at Tottenham for more than four years but never played a single competitive game for the club. He was loaned out on five occasions during his time at White Hart Lane, spending time with Reading, Preston, Doncaster and Colchester in England and playing the 2012-13 season with PAOK in the Greek Super League.

A £3.75m signing from Cagliari in 1997, Vega’s inept performances at White Hart Lane saw his name occasionally booed by his own fans. A total waste of money, back in the days when £3.75 million was a lot to spend on a player. He was sold loaned Celtic in 2000, before being sold to Watford, a year later.

Jason Cundy joined Tottenham from Chelsea, initially on loan before being made permanent in 1992. He spent four seasons with Tottenham, during which he was loaned out three times before eventually being sold to Ipswich in 1996.

He is remembered for the wonder goal that he scored against Ipswich Town for Tottenham, in 1992–93. In an attempt to kick the ball 40 yards from goal, he slipped and managed a wind-assisted effort that ended up flying over ‘keeper Craig Forrest and into the back of the net.