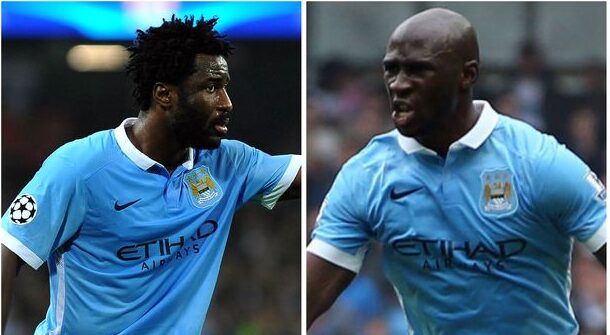 Since the start of the Premier League in 1992, not many clubs have been involved in as many transfer activities as Manchester City. While they now have some of the best players on the planet, over the past two decades there have been some outright failures to play for the club. In this article, let us have a look at some of the worst Manchester City signings ever.

Based on the impact on the club, signing fee, attitude, and fans’ opinion, here are the worst Manchester City signings ever.

Laurent Charvet joined City from Newcastle for £1m in 2000, at that time £1m was still quite a lot of money in football. Very soon, it was realised that the club had overpaid for him. The right-back failed to make an impact and was released from his contract in 2002. He is remembered as one of the worst Manchester City signings ever.

Negouai spent four years at City after a move from Belgian club Charleroi in 2001. During that time, the midfielder just made six league appearances of which two were match starts and scored only once. His career was hampered by a serious injury which required operations on both knees restricting his appearances.

Gerry Creaney move to ManchesterCity was a controversial one to begin with, as the club had decided to pay £500,000 and £1million-rated fan favourite Paul Walsh to Portsmouth. While became a fan favourite at Fratton Park too with his continuous goals, Creaney scored just four league goals in three seasons at City.

Creaney was loaned out to Oldham, Ipswich, Burnley and Chesterfield whilst at Maine Road before being released in 1999. This was one of the worst trade deals by a club ever. All these earns him a place among the worst Manchester City sinings ever.

A Premier League winner with the club, Savic’s performances for the club were among the worst ever by a defender. He was signed by the clib in 2011 from Partizan. He got his real chance when Vincent Kompany received a four match ban. However, he wasn’t able to capitalize on the opportunity. He showed many instances of nervousness resulting in frequent misplaced passes, tackles and clearances. He was sold to Fiorentina the following season.

Manchester City signed Rolando Bianchi in 2007 for £8.8 million following his impressive outing with Italian club Reggina. However, he seemed to struggle to adapt to the life in England. Bianchi even criticised English cuisine and alcohol culture, and expressed his concern about how he could never become a full international unless he returned to Italy. Manchester City soon loaned him out to Lazio, before selling to Torino in 2008.

The Spaniard was signed from Benfica in the summer of 2012, in order to strengthen the title winning team. He was seen as a more mobile replacement of Nigel de Jong and was signed in the same window was Jack Rodwell. It was soon realised that he was too slow and didn’t have the passing ability to dictate the tempo at the Etihad Stadium.

Unlike many others on this list, Garcia made a handful of appearances for Man City, but wasn’t able to make an impact. He turned out 80 times for the Skyblues before being sold to Zenit St. Petersburg in 2014.