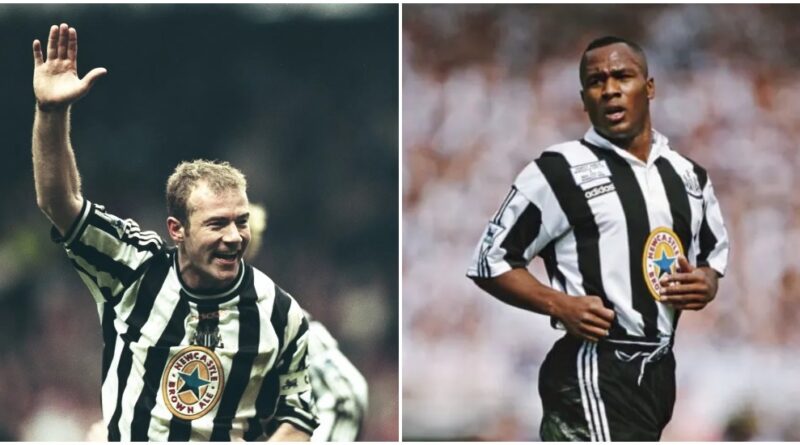 Newcastle United have had some great strikers over the years. From Hughie Gallacher to Alan Shearer, many legendary strikers have plied their trade for the club. In this article, let us have a look at some of the greatest Newcastle United strikers ever.

Considering the number & frequency of goals, success, impact, and longevity, here are the ten greatest Newcastle United strikers ever.

In all he scored 101 goals in 194 games over five years with The Magpies, the most important of which came in the 1924 FA Cup Final win over Aston Villa.

Les Ferdinand arrived from QPR  in 1995, for a fee of £6 million but began justifying his price tag immediately. Ferdinand’s 29 goals in his debut season for Newcastle helped the Magpies come within touching distance of the Premiership title.

Ferdinand formed a lethal partnership with Alan Shearer the next season, with Newcastle being one of the most attacking teams in the country. In just 83 games for the club, Ferdinand netted 50 goals before he was inexplicably sold to Tottenham Hotspur in 1997.

Eyebrows were raised when Newcastle United manager Joe Harvey signed Macdonald for £180,000 in the summer of 1971. A relatively big fee for a player who had never played in England’s top flight.

A strong, direct striker, Macdonald was an instant hit at St. James’ Park and his bustling style and pace, coupled with a lethal left foot, made him a fan favourite. Overall, he scored 121 goals in 227 matches for the club.

Signed from Bristol City in 1993 for a club-record £1.75 million, Andy Cole took no time to settle down. Twelve goals in his first 12 games made him a star. Cole went on to become one of Newcastle’s greatest strikers, netting 68 goals in just 84 games for the Magpies.

His form encouraged Manchester United to bid £7 million for his services in January 1995 and the fans were left stunned. His performances for Newcastle see him comfortably make the list of greatest Newcastle United strikers ever.