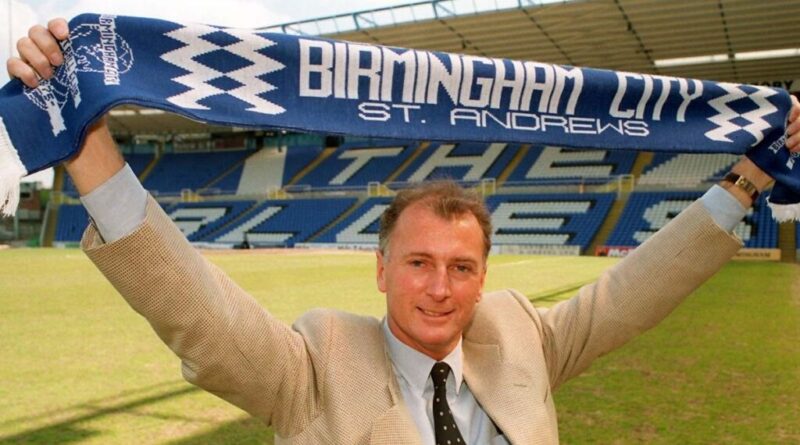 Based on the success, longevity, playing style, and win percentage and impact on the club, here are the ten greatest Birmingham City managers ever.

Knighton was the man who took Birmingham to their first-ever FA Cup final in 1931, just after 3 years of taking charge of the club in 1928. And just after that season; the club got a top-half league table finish. One of the greatest Birmingham City managers ever Knighton managed 229 games out of which he won 87, tied 51 and lost 91 games, making it a win percentage of 38 % over a period of 5 years.

Goodwin is known best at Birmingham City for giving Trevor Francis his introduction to league football and for his legendary Blues team which centred around the strike force of Francis, Bob Hatton and Bob Latchford. Goodwin managed Blues for 269 games between 1970 and 1975, winning promotion from the Second Division in 1972. He had a win percentage of 36.7% as the manager of the club.

Steve Bruce is rated very highly among the Birmingham City fans and why not? He got the club promoted to the Premier League in 2002 for the first time in 16 years. A lengthy unbeaten run saw the team qualify for the play-offs, from where they qualified to the top division. They struggled in the top tier at first but eventually finished 13th, which was pretty acceptable.

The next season they got as high as 4th in the table but from there, things started going sideways and they ended up at 10th place at the end of the season. Bruce’s men got relegated to the Championship in 2006 but got promoted back to the Premier League in the following season. After averaging 1.35 points per game in his time with the club, Steve Bruce left for Wigan Athletic in November 2007.

The English manager, unfortunately, did not win anything with Birmingham but he did have a compelling win percentage of 47.9, which is among the very best in the club’s history. His team finished as runners up in the League Cup 2000–01, after getting defeated by Liverpool in a penalty shootout.

It was not long after that he left the club by mutual consent after being at St Andrew’s for five years. He was a regular player in the ’70s for the club and when he returned in 1996 as a manager, he guided his team to the playoffs but wasn’t quite successful in gaining his team the promotion at the end.