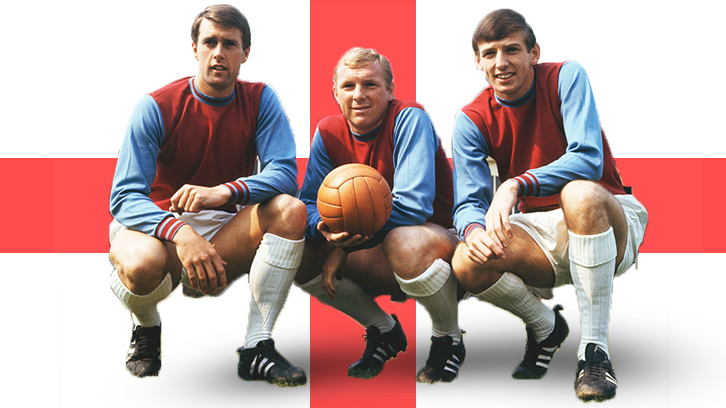 West Ham United is one of the biggest clubs to come from London. The club was founded in 1895 as Thames Ironworks and reformed in 1900 as West Ham United. Many great players played have for the club over the years and today let us have a look at West Ham United’s top goalscorers of all time.

Peters came through the productive ranks at West Ham United after signing as an apprentice in 1959. He established himself as a first-team regular and was victorious at Wembley when West Ham won the European Cup Winners Cup with victory over 1860 Munich in 1965.

Feeling he was in the shadows of Bobby Moore and Geoff Hurst, Peters left the club in March 1970 for Tottenham Hotspur.

Malcolm Musgrove joined West Ham United in December 1953. At West Ham, he soon established himself as a left-winger, making his league debut in 1954 against Brentford. He played a key role in West Ham’s promotion in the 1957-58 season and continued his good form in the top division too. He was voted Hammer of the Year for the 1959-60 season.

Brooking played most of his career for West Ham United making 643 appearances for the club. He won the 1975 FA Cup and the 1980 FA Cup in which he scored the only goal. Brooking was primarily right-footed but was comfortable on his left foot. He played as an attacking midfield player, known for his controlled passing and midfield authority.

In February 1971, Pop Robson became West Ham United’s record purchase when he signed for £120,000. He scored on his debut against Nottingham Forest. He was West Ham’s leading scorer in two of his three seasons at Upton Park, winning the Hammer of the Year in the 1972-73 season.

Robson left the club for Sunderland in 1974 but returned to Upton Park after two seasons. He stayed with West Ham for 3 more seasons before leaving the club in 1979.