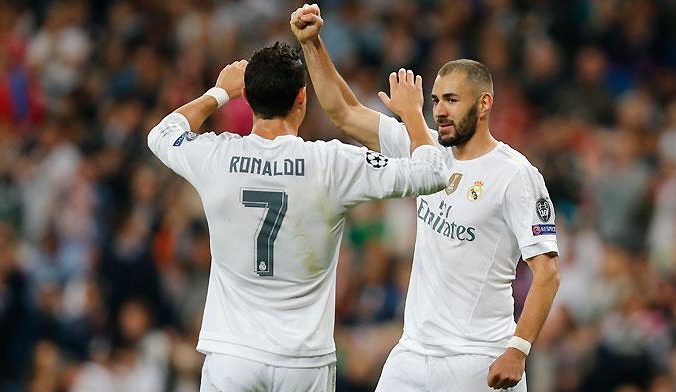 Real Madrid has a long and rich football history.They have always been one of the biggest clubs in Spain as well as Europe.The club currently holds the record for the most European Cup / UEFA Champions League triumphs with 11, and the most La Liga titles with 32.Many great players have played for this club and some of them went on to score many goals for the club,so today we will have a look at greatest Real Madrid goalscorers of all time.

Here are the top 10 Real Madrid goalscorers of all time–

In 1981,Butragueño joined hometown’s Real Madrid’s youth system, playing first for its reserve side before being given his senior debut by Alfredo Di Stéfano on 5 February 1984 against Cádiz CF.He made an instant impact, scoring twice and assisting for the third goal in a 3–2 away turnaround, after Real trailed by 0–2.

Aside from his incredible technical skills and improvisational abilities, he also possessed a lethal touch.His famed trickery and ball control was mind-blowing, and in an age where size ruled, he blew past big defenders with ease.

Butragueño contributed to the side’s transformation, and was a prominent member of the team during the 1980s, winning numerous honours: he received the European Bronze award for best footballer in two consecutive years, and won the Pichichi Trophy in 1991, while also being instrumental in the Real Madrid’s five La Liga trophies, two Copa del Rey and two consecutive UEFA Cups.

Pirri is regarded as one of the greatest Spanish footballers to have ever lived. He played as a centre midfielder for Real Madrid and Spain until he was 28 years old before moving to play as sweeper. He also served as captain of Real Madrid from 1976 to 1980.

He played for Real Madrid for 15 years, between 1964 and 1979, winning ten Spanish league titles, four Spanish cups, and the 1966 European Champion Clubs’ Cup.

Benzema joined Madrid from Lyon in the summer of 2009 for €35 million.Karim Benzema continues to forge a place for himself as one of the top goalscorers in Real Madrid’s history.Karim Benzema has won Copa Del Rey,La Liga,UCL(x2) among other honours with the club. He has been named French Player of the Year thrice for his performances in 2011, 2012 and 2014.

Regarded as one of the greatest Spanish players of all time and one of the greatest ever players in his position, Gento was an extremely fast left-winger, with excellent vision and technical ability, which made him an effective assist provider. In addition to his control and creative ability, he was also a goalscoring threat due to his striking ability from distance.

He appeared in a joint record eight European Cup finals, winning a record six, as well as winning 12 La Liga titles.Known as the “Storm of the Cantabrian”, Gento played alongside the likes of Di Stéfano, Raymond Kopa, and Ferenc Puskas.

A prolific goalscorer known for his spectacular strikes and volleys, Sánchez is widely regarded as Mexico’s greatest-ever footballer, and one of the greatest players of his generation.

On 15 July 1985, Sánchez signed for Real Madrid, playing alongside a famous group of players known as La Quinta del Buitre (“Vulture’s Cohort”), which consisted of Emilio Butragueño, Manuel Sanchís, Martín Vázquez, Míchel, and Miguel Pardeza. This team won five consecutive league titles from 1985–86 to 1989–90, a Copa del Rey title in 1989 and the UEFA Cup in 1986. During those five years, Sánchez won four-consecutive Pichichi trophies, becoming the only player in Spanish football history to achieve this.

He was 31 years old when he was signed from Honved Budapest, fans did not expect great things from the Hungarian.But he proved them wrong,not only he became one of the greatest Real Madrid goalscorers of all time,scoring 242 goals at an outstanding ratio of 0.92 goals per game but also led Real Madird to 5 La Ligas and 3 European Cups.

In October 2009, FIFA announced the introduction of the FIFA Puskás Award, awarded to the player who has scored the “most beautiful goal” over the past year.

Most known for his incredible leap and heading prowess, he is also famed for his legendary partnership with the comeback king Juanito. Arriving at the Bernabeu at the mere age of 19, Santillana would go on to win 9 La Liga titles, 4 Spanish Cups, 1 League Cup, and 2 UEFA cups.

He is fondly remembered among greatest Real Madrid legends.

Argubly the greatest player in Real Madrid’s history,Alfredo Di Stéfano is the player most responsible for establishing Los Blancos’s connection with the Champions League.He was instrumental in their domination of the European Champions’ Cup during the 1950s, a period in which the club won the trophy in five consecutive seasons from 1956. Along with Francisco Gento and José María Zárraga, he was one of only three players to play a part in all five victories, scoring goals in each of the five finals. Di Stéfano played international football mostly for Spain after moving to Madrid, but he also played for Argentina and Colombia.

While he may not have the same technical abilities as others on this list, he fully deserves his place in the list of Real Madrid legends for his unbelievable eye for goal.

He spent 16 years of his career playing for Real Madrid and is the club’s second all-time top goalscorer with 323 goals. Raúl is also the most capped player in the history of the club with 741 appearances, ahead of Sanchís. With los Blancos, he won six La Liga titles, three UEFA Champions League titles, scoring in two finals, four Supercopa de España titles, one UEFA Super Cup and two Intercontinental Cup. He is the third highest goalscorer in Champions League history, behind Cristiano Ronaldo and Lionel Messi, and the fifth most capped player. In 2003, he was appointed captain of the team and retained that position until his departure from the club in 2010. 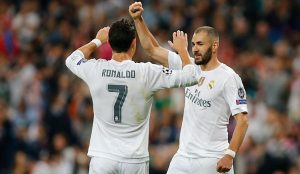 Signed for a then world record 80 million pounds from Manchester United, few could have guessed the monumental impact that he would have.

Nearly 80,000 fans attended his presentation at the Santiago Bernabéu, surpassing the 25-year record of 75,000 fans who had welcomed Diego Maradona at Napoli.The four time Ballon d’Or winner is the leading goalscorer in the Real Madrid history having scored 382 goals at a ratio of 1.03!

He is simply the greatest Real Madrid player of all time.