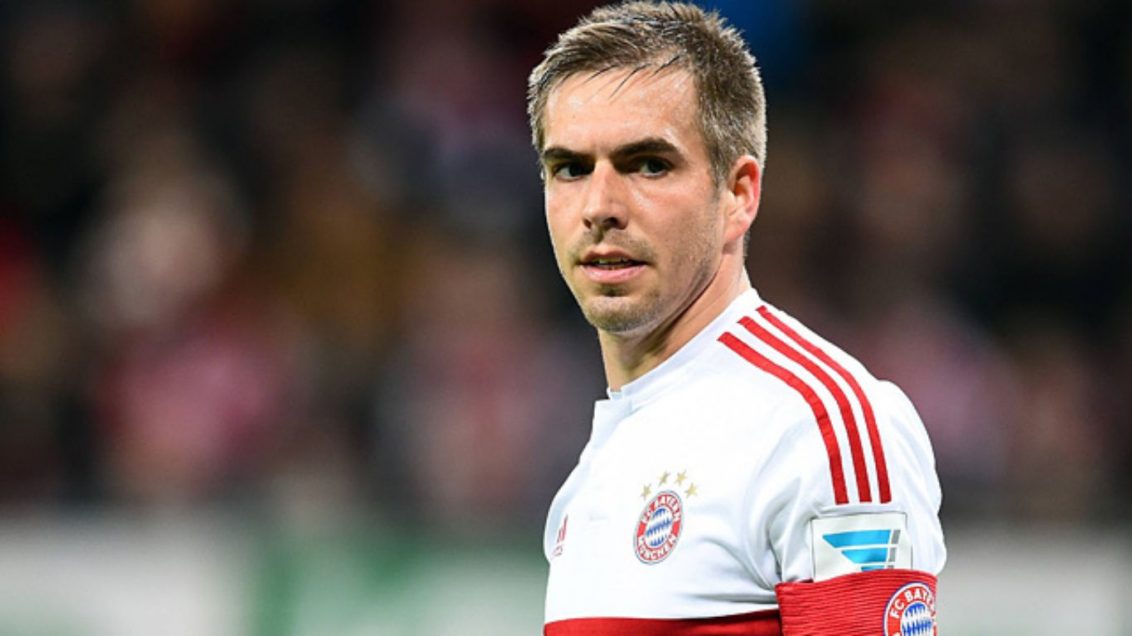 Bayern Munich is one of the biggest football club in Germany as well as whole of Europe. They have a rich and respected history. Throughout their history there have been a number of incredible players to grace their turf. In this list, let us have a look at some of the best Bayern Munich players ever.

Considering various factors like consistency, loyalty, skills, fame and the impact on the club, here are the 10 best Bayern Munich players ever to grace this Bavarian club’s shirt.

Scholl played most of his career as an attacking midfielder for Bayern Munich. As quite simply one of the best playmakers to grace Bayern Munich over the past 20 years, Mehmet Scholl played for the German side for 15 consecutive seasons, playing in 468 competitive matches, scoring 116 goals.

During his career he won the UEFA Cup in 1996 and the UEFA Champions League in 2001, as well as eight German Championships. A loyal servant to the club who’ll always be remembered as a favourite in the stands and on the pitch.

Born in the same Bavarian town as Breitner, Schweinsteiger spent close to two decades in Bayern colours, making exactly 500 appearances for the club before moving on to Manchester United and later Chicago Fire.

He became a complete midfielder at Bayern, pulling strings for both club and country. He went on to win the treble in 2013 with his club and the World Cup in 2014 with the German national side. Schweinsteiger masterminded Bayern to a record eight Bundesliga titles, seven DFB Cups and that Champions League triumph at Wembley.

He was described at the time by coach Heynckes as “the best midfielder in the world” and by Joachim Löw as “the brain” of the Germany team.

A central defender who truly took over from Franz Beckenbaur’s Libero legacy, In his 15-year club career with FC Bayern Munich, he won seven Bundesliga titles. A native of Bavaria, ‘Auge,’ as he is known, began his Bayern journey as an 18-year-old and went on to feature in over 400 Bundesliga games and also captained the side.

Famed for his fearsome free-kicks and keen eye for killer pass, Augenthaler played 50 times in the DFB Cup, a trophy he lifted three times. He also represented the West Germany national team, winning the FIFA World Cup in 1990.

Matthäus was once acknowledged the world’s best player in his prime. The mesmerising midfielder moved to Bayern in 1984, immediately winning the Bundesliga and following that with a league and cup double soon after.

Matthaus played in five World Cups, winning the competition in 1990. He also won the first Fifa World Player of the Year award. He appeared in 410 games for Bayern scoring 100 goals. During his time with Bayern, Matthaus won seven Bundesliga titles, two DFB Pokal cups, and a UEFA Cup.

Impeccably skilled in the art of technique and flair, Rummenigge led the line for Bayern with an indirect genius that most modern fans would compare to Lionel Messi or even his regular opponent at the time, Diego Maradona.

In a 10 year span (1974-1984), Rummenigge scored 162 goals in 310 games played. He won 8 trophies picking up as many European Cups as Bundesliga titles, earning himself a place among one of the best Bayern Munich players ever.

Famous for his unquestionable loyalty to Bayern, Maier played a grand total of 536 games for the Munich side throughout his 17 year career, with an incredible record of playing 442 of those games consecutively.

He began playing for Bayern’s youth sides in 1958. During the 1970s, he was part of the legendary Bayern team which included the likes of Franz Beckenbauer and Gerd Müller and won three European Cups in a row, a German record.

A Munich lad through and through, Lahm had been at Bayern since the age of 11 until his retirement in 2017. He is regarded as one of the greatest captain Bayern Munich and Germany have ever seen.

Described by coach Pep Guardiola as “the most intelligent player I’ve ever worked with”, Lahm wasn’t just versatile, playing regularly at both right-back, left-back and in central midfield, but masterful in whatever position he was asked to play in.

Oliver Kahn is regarded as one of the greatest goalkeepers of all-time as well as the one among the greatest Bayern Munich legends. To date he is the only goalkeeper in history to be awarded the Golden Ball for best player at a FIFA World Cup (in 2002).

In addition to his goalkeeping technique, distribution, and shot-stopping abilities, Kahn is widely admired for the stamina, mental strength, and composure he showed to overcome the stresses and pressures of his career.

With 429 senior appearances, in which he won eight Bundesliga titles, six DFB Pokal cups, one UEFA Cup and one Champions League trophy, Oliver Kahn is not only regarded as one of the best German goalkeepers of all time, but simply one of the best to have ever graced the sport.

‘Der Bomber’ signed for Bayern Munich in 1964. With the dawning of the 1970s, Müller revelled in one of the world’s greatest sides that swept up domestic and European honours. In the 1971/72 campaign, for example, Der Bomber hit 40 Bundesliga goals, a record that stands to this day.

An astonishing 13 title wins in 10 years with Bayern comprised of four Bundesligas, three European Cups, four DFB Cups, the European Cup Winners’ Cup and an Intercontinental Cup. With Germany, he was also a World and European champion. He is also the highest Bundesliga scorer with 365 goals.

Beckenbauer is undoubtedly the greatest Bayern Munich player ever. With one World Cup, three European Cups, and four Bundesliga titles to his name, Beckenbauer has the trophy case to prove it.

Beckenbauer took his first steps in the game as an 1860 Munich striker and then midfielder, before inventing the role of libero (sweeper) at Bayern. Having captained the men in red to their first Bundesliga title in 1969, Beckenbauer’s name became synonymous with success during a run of three successive top-flight championship wins between 1972 and ’74, and a hat-trick of back-to-back European Cup wins between 1974 and ’76.

Beckenbauer was the real driving force behind football at Bayern, and in Germany as a whole, throughout the 1970s. His legacy will remain forever untouched in the halls of Bayern Munich and the national stadium.

It concludes our list of best Bayern Munich players ever, have your say in the comments below.