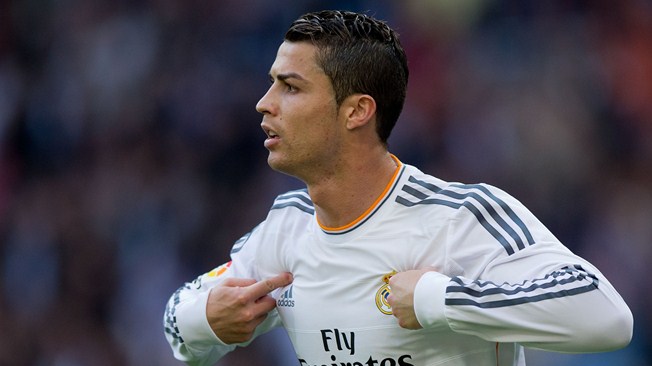 Real Madrid are one of the few clubs in the world that had a glorious past and has a formidable present. They are a side that established their dominance over world football early on and never looked back. Some great players played for the club and contributed in achieving all the glory that the club possess. In this article, we will have a look at some of the best Real Madrid players ever.

Combining various aspects like legacy, longevity, skills, impact on the club, here are 10 best Real Madrid players of all time –

Without Sergio Ramos there would be no tenth European Cup for Real Madrid, and no 11th either. His 93rd minute equaliser in Lisbon in 2014 broke Atletico Madrid’s spirit and forced a period of extra-time in which Real scored three more goals.

Two years later he scored in the 1-1 re-match in Milan and converted his penalty in the shootout, winning man-of-the-match and lifting the trophy. They lifted the UCL trophy in the next two seasons as well.

Signed on the last day of the transfer window in 2005, when he was only 19, Ramos has repaid his £22million transfer fee many times over, albeit with a club record 21 red cards into the bargain.

His signing was doubted by many as he arrived as a youngster from Sevilla, but he was the big Spanish bet made by Florentino Perez and it has worked well. Now the club captain, he is one of the world’s best defenders today. 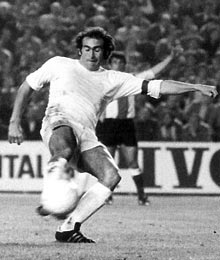 Pirri played in Real Madrid’s midfield winning 10 leagues and was part of the team that won the European Cup in 1966. He played from 1964 to 1980 scoring 173 goals in the process that put him in the list of ‘best Real Madrid players ever’.

Defender, midfielder and even a striker when necessary, Pirri was a spectacular player who could operate in many positions and he appeared in 561 official matches for Real Madrid. The Real Madrid  legend was part of the all-conquering Ye-Ye team at Real Madrid, consisting only of Spanish players and captained by Francisco Gento.

Fernando Hierro appeared in more than 500 official games with Real Madrid and representied the nation on nearly 90 occasions, while appearing in four World Cups and two European Championships.

Equally at ease as a central defender, sweeper or defensive midfielder, he had the ability, at his peak, to combine solid defensive play with a near-unlimited passing range and surprising goalscoring talent, which made him one of the world’s most sought-after players.

With the Merengues, he won five La Liga and three UEFA Champions League trophies over the course of nearly 15 years, from 1989 to 2003.

Real Madrid’s official website calls him “the best goalkeeper in our history”, and it’s hard to disagree with them.

Not only did Casillas possess lightning reflexes and a one-on-one ability second to none, but he also had the humility, composure, and leadership qualities that have made him Madrid’s best ever captain.

He won win 18 trophies in 16 seasons for the club including five leagues and three Champions Leagues. He left the club in 2015.

Gave the best years of his career to Real Madrid. Elegant, decisive and spectacular, Zidane conquered the Bernabeu with his football in the five years he spent with the club. His goal in Glasgow that sealed the Champions League in 2002 will stay forever in the memories of Madrid fans.

He has also won three UCL titles as the manager of the club. Zidane’s name is immortal in Real Madrid’s history.

Raul joined Real Madrid in 1992 from the defunct Atletico youth team and just two years later Jorge Valdano was handing him his debut in the first team aged 18. Making his debut as a kid, he and went on to become a legend.

He is second in the list of Real Madrid’s all-time top scorers and beyond a doubt one of the best Real Madrid players ever. The former Spain striker won three Champions League titles and scored in two of those finals.

One of the best Real Madrid players ever, Puskas scored 242 in 262 games for Real Madrid between 1958-1966. Not bad for a player who was already 31 when he joined and – according to the man himself – about three stones overweight when he trotted out for his first training session.

He had been out of competitive action for two years because of Fifa ban for having escaped Hungary but he made up for lost time winning three European Cups and five league titles.

35 of his goals came in 39 European games and four were scored in one night when Real beat Eintracht Frankfurt 7-3 at Hampden Park in the 1960 final.

Nobody has won the European Cup more often – six times – and nobody has won La Liga more often – 12 times. Real Madrid’s outside left debuted in 1953 and hung up his boots 18 seasons later in 1971 after 605 games.

Francisco Gento is in the debate for being one of the best left-wingers of all time. He had the pace to rival the modern day Ronaldos and Bales, the dribbling ability to beat Messi, and a crossing accuracy that would make David Beckham’s jaw drop. Known as the “Storm of the Cantabrian”, Gento played alongside the likes of Di Stéfano, Raymond Kopa, and Ferenc Puskas to make Real Madrid the greatest team in the 20th century history.

And all that after a dodgy first season when he failed to score and was only given a second campaign to prove himself because team-mate Alfredo di Stefano said he was worth sticking with.

Signed for a then world record 80 million pounds from Manchester United, few could have guessed the monumental impact that he would have.

To put it simply, when Ronaldo arrived, Madrid were in shambles. They had failed to be relevant in Europe to the point of embarrassment and had just relinquished the La Liga title to their rivals in Cataluña. With absolutely no stability in teammates and managers.

Ronaldo went on to put up the most ridiculously consistent numbers in Los Blancos’s history-whilst simultaneously winning titles and keeping them competitive with Barcelona. He is already the club’s all-time top scorer and now has five Ballons d’Or to his name.

Ronaldo also helped the club in winning four UCL titles. Many would argue that he should be no.1 in this list of ‘best Real Madrid players ever’.

Before Di Stefano’s debut for Real Madrid in 1953 the club had only ever won two league titles. In his 11 years in the team they won the league eight times and the European Cup back-to-back five times with him scoring seven goals in those finals.

Those who watched him play say the best word to describe him is ‘omnipresent’ – he was a centre-forward but he played everywhere. He could win the ball back in deep defence; dribble and pass his team out of trouble and on the attack; and then apply the net-busting finish.

It concludes our list of ‘best Real Madrid players ever’, leave your opinon in the comments below.