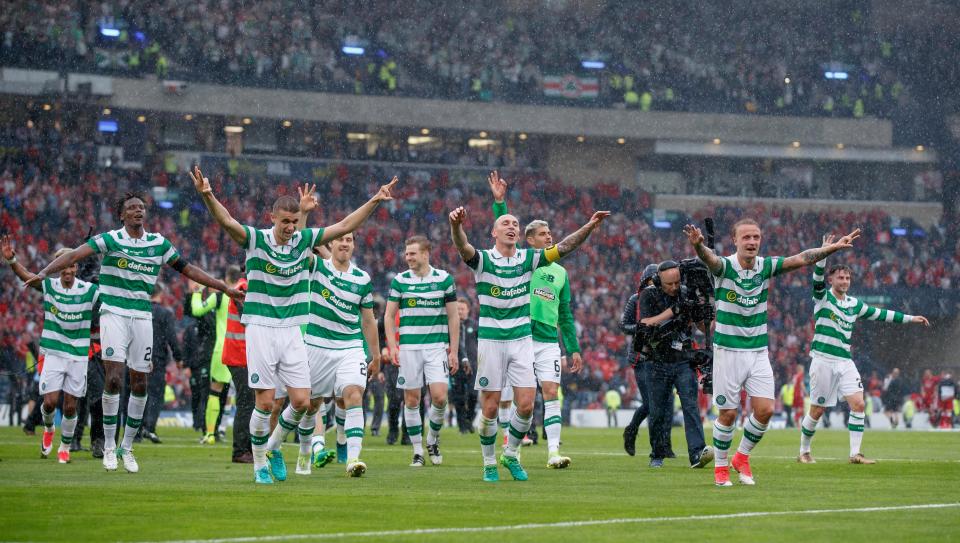 Celtic FC aren’t just a team, they have established themself as a symbol of faith, trust, pride, fight and will over the years of their existence. Continuously maintaining their position at the pinnacle of Scottish Football since its very inception, they have set a benchmark of such a huge magnitude that no one can ever think of eclipsing. It was the brainchild of Irish Marist Brother Walfrid who gave birth to something which has become a religion now for its never-ceasing believers.

As they say every majestic thing writes its own story, Celtic, too have done pretty much the same over the years. The club won its first Scottish League Championship title in the year 1893 and has won 48 of them since then including 37 Scottish Cups and 17 Scottish League Cups. They have achieved a total of 4 trebles (Scottish Cup, League Cup and League Title) and 19 doubles over these remarkable years gone by making them the most successful club in Scotland and pretty much in the whole of United Kingdom.

House to utter footballing geniuses Kenny Dalglish, Jimmy Johnstone, Jimmy McGrory, Billy McNeill, Jock Stein and others, Celtic has always been blessed to raise quality players who have painted their country’s colours in the global picture. They are famously known for their passionate supporters, fans who have always stayed beside the club and sang ‘The Bould Bould Celts’ in moments of despair and accomplishment throughout the years. Amongst the club’s glorious domestic performances years in and out, however, one of the major setbacks for the team will always remain its rare domination in the global European circuit.

Celtic have just one European Cup (1967) against their name and had finished runners-up in the same competition and the Intercontinental Cup in 1970. Since then, they only have a finals appearance against Portuguese side Porto in the UEFA Cup (2003) which they lost 3-2 at the Estadio Olimpico de Sevilla.

Currently on an unbeaten run in their league since last year, Celtic however cannot replicate their domestic heroics in the Champions League. In the UEFA Champions League, the club made it to the round of 16 only twice in the last ten seasons which has become a constant worry for the club board hungry for European success too. They have had a poor run in the Europa League alike, having the highest success in only reaching the round of 32 in the 2014/15 season.

With such an electrifying atmosphere at the Celtic Park, fans do deserve to witness their club achieve European success and bring home their due accolades. Many greats of the game had words of high praise for the air around the stadium. Andres Iniesta once profoundly said, “There are many questions about whether we will find it intimidating but after Celtic, I don’t fear anywhere. If you go and play in a full Celtic Park on a Champions League night then you can play anywhere. I doubt even the Allianz Arena can compete with that.”

Bayern Munich playmaker Owen Hergreaves also had something to say about the city, “When we played at Celtic Park for Bayern in the Champions League it was unbelievable and I think all our players said the same thing afterwards. The atmosphere was totally unique. I’ve played in lots of big games and stadiums but I’ve never witnessed fans making that much noise in 90 minutes.”

With the UEFA Europa round of 32 fixtures out , Celtic drew against Russian side Zenit and would be desperate to get something out of it in order to revamp their European expeditions.

Celtic received €500,000 for making it to the knockout stage of the Europa League. Rodgers knows the extra cash won’t do any harm as he looks to enhance his squad with some new additions during next month’s transfer window. He hopes to address his side’s defensive frailties by recruiting the vastly experienced RB Leipzig centre half Marvin Compper.

It’s high time for a team who has achieved so much of domestic success to finally show their worth against foreign clubs in bigger platforms.