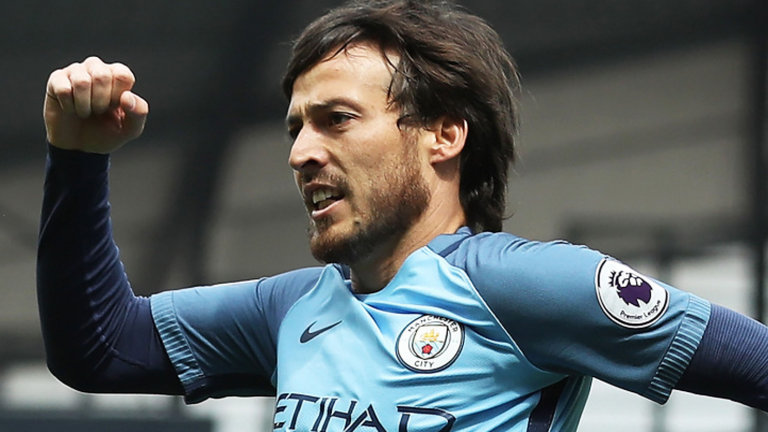 Over the years, the world has seen brilliant playmakers from different nations set examples of perfect gameplay through their superior control over the field, taking up a rather pivotal role in the centre of the field and govern it’s tempo. A perfect midfielder is not only a player looking to get the ball to the striker helping them to score, but one who also plays a vital role in building up the play from the back and asserting his domination over the match. Very few maestros of the game had that trait in them; some would argue Zidane, Iniesta, Scholes, Xavi and Pirlo being in that bracket of top-notch players but there sits a largely underrated; a little Spanish magician who goes by the name of David Josue Jimenez Silva who just as does the same job of wreaking havoc across the opposition defences by his pinpoint passing and vision of play with a major role in it’s build-up.

David Silva has been one of the most consistent performers of Manchester City in the recent past and it has earned him a place among the greats. In the context of the modern era, he hasn’t scored the goals of Sergio Aguero, nor has he produced the domination of Yaya Toure. And he certainly hasn’t displayed the emotions of Pablo Zabaleta or Vincent Kompany.

But it’s more than the numbers that tell the story of Silva in blue. A reserved figure off the field, he has inserted his personality on to the pitch, and within a team setting. In among bigger names and even bigger personalities, Silva has offered understated qualities, which can be somewhat obscure to the untrained eye. Silva has been the silent director behind this blockbuster production.

Bell, the man known simple as ‘The King’, has had his say on the matter: “Actually, David Silva is the greatest player to have represented the club.”

Currently the central pillar to Manchester City’s midfield, it’s no surprise that they are breaking records for fun at the moment; having recently set up a record of 15 straight Premier League wins in just the second season after Guardiola’s arrival at the Etihad.

A product of Valencia’s youth system, Silva was brought to the Etihad in the summer of 2010 and since then has been a revelation at the club, winning two Premier League titles, two League Cups, a Community Shield and an FA Cup in his rather short 7-year stay with the Blues. He has had his share of success with his national team too, winning the prestigious FIFA World Cup with Spain in 2010 and also the Euro in 2008 and 2012 which highlights the fact he was a central figure in Spain’s golden era too.

From being doubted whether he would suit the physicality of the English soils to being one of Guardiola’s main man, Silva has come a long way after cementing his position in the City line-up years in and out which shows why he is one the finest players England has ever seen. His recent midfield partnership with another Belgian genius, Kevin de Bruyne has constantly been successful against various oppositions given the fluid play asserted by Pep to which Silva fits in perfectly.

Silva is seen spearheading any forward attack in the City build-up play, finding spaces in the tightest of man-marked areas which perfectly showcases how intelligent and adaptive he is. This year specially, Silva is seen in a more attacking role, quite evident by the fact he has 4 goals in his last 3 matches in the League, which just adds another pint of tension in the opposition’s mind, making him much more lethal inside the 18-yard box.

Already having assisted 8 times this season, Silva will be a crucial figure in Pep’s dynamic team which plays possession-based football with an attacking intent in order to establish as one the best teams in Europe. Even the manager had words of praise for the 31-year old charismatic playmaker, “David Silva is hugely competitive, everyone knows his skills, there is no doubt – even a blind guy is able to see that – but you cannot imagine how competitive he is. He is a stylish guy, but he is an animal, always wanting to win games.”

Having signed a new one-year contract at the club keeping him till 2020, one can hope to witness more magic on the field from the Spaniard as he is just getting better with age just like fine wine.