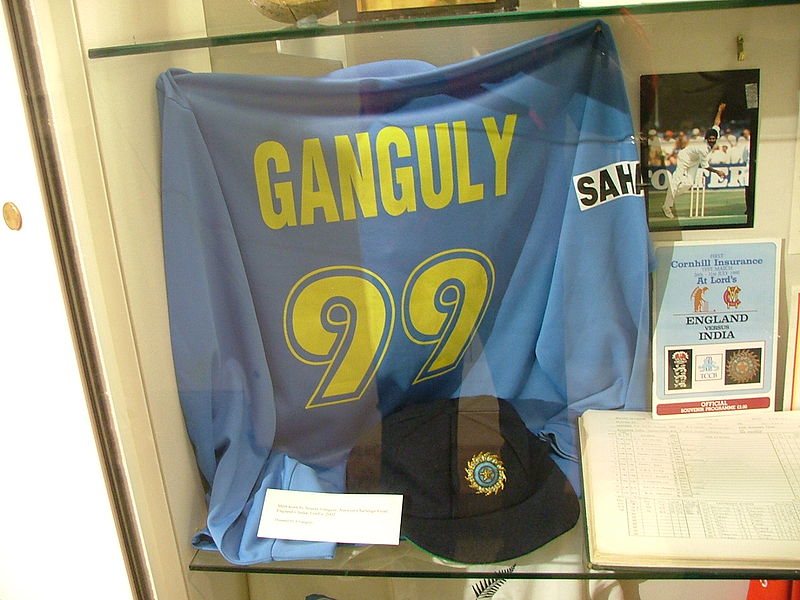 A BIOGRAPHY ON SOURAV GANGULY

SOURAV GANGULY, POPULARLY KNOWN AS DADA IS ONE OF THE MOST FAMOUS FORMER CAPTAINS OF INDIA. 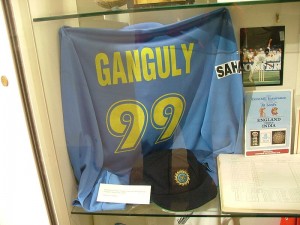 Sourav Chandidas Ganguly,the Prince of Kolkata,is a former Indian Cricket Team Captain.Ganguly holds a special place in Indian Cricket history.
He is regarded as one of India’s most successful captain.His supporters hail him as the man who changed the maindset of Indian Cricket with his agressive captaincy.
They also laud him for empowering the youthful elements in the side.
Ganguly scored 11363 runs in 311 ODIs and 7212 runs in 113 Tests that he played.He Could also bowl and accounted for 100 wickets in ODIs and 32 in Tests.He became only the third Cricketer after Sachin and Inzamam to score 10000 runs in ODIs.
In 2002,Wisden ranked him the sixth greatest ODI batsman of all time next to Viv Richards,Sachin Tendulkar,Brian Lara,Dean Jones and Michael Bevan.
Ganguly scored just 3 runs in his ODI debut for India against West Indies in 1992.He was immediately dropped from the team,after he was adjudged ‘arrogant’ by some.
He the toiled away in domestic Cricket,scoring heavily in 1993-94 and 1994-95 ranji seasons.It earned him a recall to the National team for a tour of England in 1996.

Ganguly made his Test debut in the second match of the 3-match Test seiesat Lord’s alongside another Indian great,Rahul Dravid.
Ganguly scored a century in the first innings ,becoming only the third cricketer to achieve such a feat at Lord’s on debut.

The match ended in a draw.In the next match at Trent Bridge he made 136,becoming only the third batsman after Lawerence Rowe and Alvin Kallicharran
to make a century in each of his first two innings.Even this game was resultless.Having won the first match,England won the series 1-0.

His carrer best ODI knock came against Srilanka in 1999 Cricket world cup in England.He scored 183 off 158 balls.
It became the second highest score in World cup history and highest by an Indian in the tournament.
In 2000,after the match fixing scandals by some of the players of the team.Ganguly was named the new captain of the team.
Thus begana new era in the history of Indian Cricket.He beagn well as a captain leading India to a series win over South Africa in
5 ODI match series and took the team to the finals of 2000 ICC knockout Trophy,scoring two centuries in the way.
It was under his captaincy when India ended Australia’s run of 16 consecutive Test match victories in the 2nd test of Australia’s
tour of India in 2001.The match is well remembered for the battling innings of VVS Laxman(281) and Rahul Dravid(180) and Harbhajan Singh’s hattrick
that led India to a memorable victory after being asked to follow on,at the Eden Gardens.This eventually resulted in a historic
2-1 series Victory over Australia.

Ganguly’s most memorable series victory came in 2002,when he led an young Indian side to NetWest Series win beating the hosts,England, in the final.
He took off his shirt in public and brandished it in air to celebrate after the winning runs were completed.

His relationship with John Wright ,India’s first foreign coach proved to be a catalyst for the team.
Their chemistry showed up in the 2003 world cup,where India played some beautiful and fearless Cricket to reach the final,beating teams like England ,Pakistan,SriLanka in the process.
However,losing to Australia in the final.

In 2005,Greg Chappell took over from John Wright as coach of the Indian team.Sourav and Cahppell never became good friends.
The relation between two strongly opionated people cracked as time went by.As a result Chappell sent a dismissive mail to the BCCI,
criticising Ganguly’s ability to lead the side.Ganguly was finally dropped from the team and Rahul Dravid was named his successor.
Ganguly continued to be in and out of the team for a while but failed to cement his place.
He made is comeback to the team in South Africa’s tour of 2006-07.He performed well with the bat in the series.
It was in his comeback phase that he scored 239,his highest in Tests against Pakistan in Bangalore.

Those perfomances however failed to earn him a place in the team for the 2008 CB series in Australia,when the selectors opted for a young team.
His form dipped again as he failed to produce bis scores in a series against SriLanka and questions were raised on his inclusions for the Australia’s series.
The Bengal tiger responsed to the critics by deciding to retire after the end of the Series.After retirement Ganguly took a new Avatar as a TV analyst and commentator.
He was recently elected as the president of Cricket Association of Bengal.
Whatever siad and done,Dada will always remain one of the greatest players ever to wear the Indian Jersey.