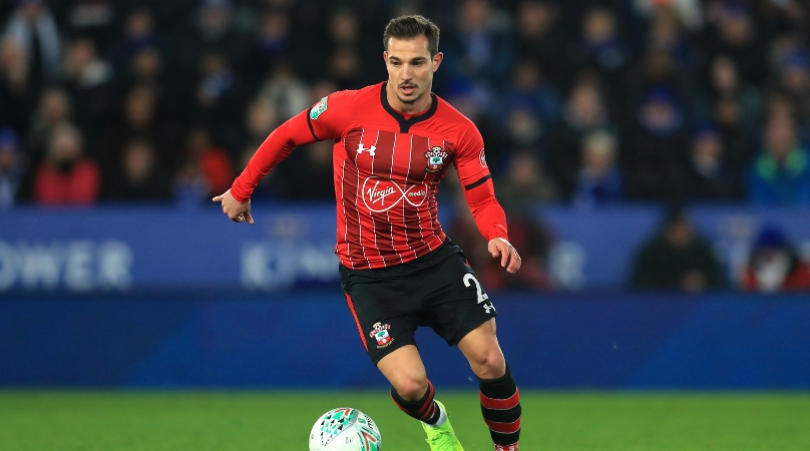 Wolves have been in fine form under their manager Nuno and are ready to challenge again for an European spot. Several players have been linked with moves to Molineux in the last few weeks with Wolves preparing to spend in January.

Speaking about the January window, chairman Jeff Shi said: “We are always ready to invest. Don’t worry about it. If we need to strengthen the squad of course we have the capacity to do that in January.”

Wolves will need to strengthen their squad if they want to finish in the top 6. In this article, we will have a look at players Wolves could sign in January transfer window.

Wolverhampton Wanderers have been linked with AC Milan’s Ivory Coast midfielder for the best part of 12 months. While Wolves are understood to hold a long-term interest in Kessié, reports a deal was close to completion in August are wide of the mark.

That isn’t to say Wolves won’t make a move for Kessié in the future. Nuno is still looking to add a midfield player to his squad and Kessié could well tick the Portuguese’s boxes.

Wolverhampton Wanderers are interested in signing Southampton defender Cedric Soares. Cedric is out of contract in summer and has already informed the club of his desire to move on.

The 28-year-old has mostly been on bench for the Saints this season and is expected to be available when the transfer window re-opens in January.

Southampton are willing to cash in to avoid losing him for nothing. Wolves, with their strong Portuguese links, are hoping to strike a deal for the full-back and believe they can land Cedric for as little as €8m.

The former Sporting man is thought to be keen on joining Nuno’s men.

It has been suggested that the Black Country club could provide competition for Leicester City over the German centre-half, with Norwich City also named as possible suitors.

The two-cap Germany international, Robin Koch, has impressed with some dominating performances, and is not on a particularly long contract (2021).

Wolverhampton Wanderers are tracking Royal Antwerp defender Aurelio Buta. The 22-year-old is impressing out in Belgium with Antwerp and has been watched by Wolves scouts in recent months.

Nuno wants to add depth to his defensive unit and Buta should prove to be a good addition. He will add a new dimension to Wolves’ play going forward.

Also, his arrival will allow Nuno to rest a key player in Doherty when needed.

However, Wolves aren’t the only Premier League club to have taken a look at Buta with Watford, Newcastle United and a host of Championship clubs also keeping tabs on him.

Wolves are also linked with Burnley winger Dwight McNeil. The 19-year-old Englishman has made big strides at Turf Moor in the past 12 months to become a regular in the Premier League under Sean Dyche.

McNeil has also earned international recognition with England’s under-21s. And that form has reportedly attracted a long list of admirers.

Wolves, Everton and Leicester City are tracking McNeil, although the same report claims the Foxes are leading the chase. The figure Burnley supposedly want for McNeil is £30million.

Huddersfield Town striker Karlan Grant has become the latest attacking player to be touted for a move to Wolves, according to reports.

The striker, 22, only joined Huddersfield Town back in January in a £2million deal from Charlton Athletic, and is one of the hottest strikers in the Championship.

He has played a starring role in the Terriers’ recent rejuvenation under Danny Cowley. With the 22-year-old currently impressing in the English second-tier, Wolves must make a move to sign him during the January transfer window.

The Brazilian, 21, is reportedly being eyed as cover for defender Willy Boly who faces an extended period out injured.

Like Boly, he is a physically strong player who is comfortable on the ball. He is one of the most likely players Wolves could sign in January.

Wolves were planning to bolster their defensive ranks prior to Boly’s injury, with a midfielder also understood to be on Nuno’s radar.

Wolves are interested in adding another promising midfielder to their ranks with Bordeaux’s Aurelien Tchouameni is in their sights.

Aurelien Tchouameni has enjoyed a fine season so far in Ligue 1 with his rangy style and technical ability earning him comparisons with Manchester United powerhouse and French World Cup winner Paul Pogba.

Nuno Espirito Santo’s side have made a habit of signing some of the most promising rising stars in European football with Ruben Neves, Diogo Jota, Adama Traore and co going from strength to strength since moving to Molineux for big-money fees.

And reports from France suggest that Tchouameni could follow in their footsteps.