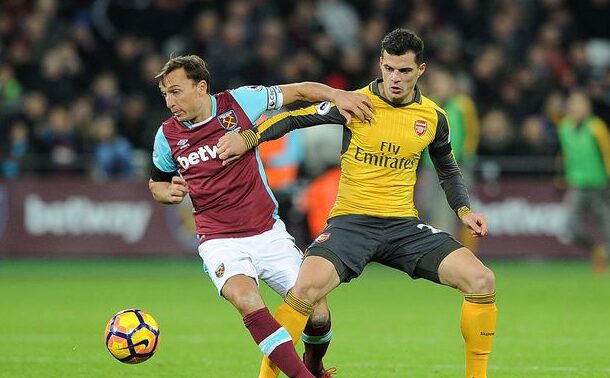 With the January transfer window fast approaching, Premier League clubs would be eyeing major transfer swoops in order to strengthen their squads. One club that is languishing down below in the table and defying expectations is West Ham United. The Hammers made a blazing start to the season but have since crippled exponentially with 5 losses in last 6 games.

The situation is seemingly desperate for the south London club but having a manager of Manuel Pellegrini’s pedigree at the helm, things can surely turn around if the upcoming transfer window goes as expected. In this article, we will have a look at some of the players West Ham could sign in January.

Here are the eight players West Ham could sign in January –

Croatian international Dejan Lovren has fallen down the pecking order since the arrival of Virgil Van Dijk and the sudden rise of Gomez. This situation could of particular interest to West Ham who have been heavily dependent on Ogbanna and need an experienced head in the Centre-back position.

Moreover, West Ham’s talisman Winston Reid has had a tough past few years due to nagging injury concerns and his full return from injury has led to question marks regarding the club’s strength at the back. On the other hand, Dejan Lovren could be a shrewd buy for the club considering his vast experience in the premier league and his relatively low-price tag.

West Ham’s recent run of abysmal form suggests that the squad is in the dire need of raw and talented stars who can inject pace and energy to the aging squad. One such star who has caught the eye is Bristol City’s Niclas Eliasson. The epically talented midfielder has 8 assists this season and has been instrumental in the club’s impressive run of form lately.

Going after Eliasson, who is just 24 years old, makes even more sense when evidence suggests that West Ham have been vehemently dependent on prodigious midfielder Declan Rice to open up opposition defenses.

Bayer Leverkusen midfielder Aranguiz was a target of manager Manuel Pellegrini in the summer but he said his fellow Chilean turned down a switch, saying: “I will not talk about conversations, but I can tell you that I would have loved to have many Chilean players… tried to take Aránguiz to West Ham, but he did not want to.”

But that hasn’t stopped his name being thrown into the ring for a move as the manager made it clear he is an admirer of the 30-year-old but whether the midfielder would be interested in a move is up for debate as he’s already turned down the Hammers once before.

Xhaka is one of the players West Ham could sign in January. The Arsenal man’s struggles in north London are very well documented and it all came to a head in recent weeks when he was swore at Gunners fans booing him off the field after another tumultuous outing.

Unai Emery has refused to say whether Xhaka, who has been stripped of the captaincy at the Emirates, will stay at the club beyond January.

If the Hammers are serious about strengthening their midfield then they could swoop in for a loan deal with a view to buy to rescue the Swiss star from his Arsenal nightmare.

The AC Milan midfielder has been linked with a move to West Ham before, most recently this past summer but his name has done the rounds for a move for some time. The midfielder is also of interest to Wolves and was linked to them in the summer too.

Kessie is not a flair player, he’s more of a workhorse but can get from box-to-box which is what the Hammers are crying out for. Last season he had on-loan Chelsea midfielder Tiemoue Bakayoko for company in a defensive midfield role which allowed Kessie to get to work.

Over the past few months, West Ham’s club record signing Sebastian Haller has produced sensational performances only to find a dip in his recent form owing to partially a lack of support from midfield areas and chronic injuries. Apart from a thick midfield inundated with injuries, the club’s options upfront look a little thick as well.

Albian Ajeti , another of the Hammers’ summer recruits, is not really fancied by Pellegrini as a key option in the striker’s department. In such a scenario, Alfredo Morales seems like a ready-made strike option since the Rangers strikers possesses exactly what the club needs: a potent goal-scoring threat upfront.

Furthermore, there has been speculation regarding Morales’ ambition to play elsewhere and the exciting pair of West Ham and the Premier League can prove to be match made him heaven for the deadly striker.

The imminent arrival of Liverpool right-back in 2015 from Southampton was meant to solve the club’s full back problems for a long time. However, the momentous rise of local lad Trent Alexander-Arnold meant that the extremely talented and consistent had to resort to the bench.

Considering Clyne has not appeared proficiently for the Reds this calendar year, West Ham have even a higher chance of getting their hands on the left back if he agrees to a move.

The current scheme of full-back issues dictate that Pablo Zabaleta is on the verge of his contract extinction and West Ham need somebody with astute experience of the premier league to fill his shoes.

Suso has been instrumental in Milan’s recent top-notch run of form with the midfielder pulling the strings together for the Italian Club. Since he left Liverpool in 2015, Suso’s development and progress has been eye-catching and he looks like a completely different player now with a host of tricks under his belt.

With Milan struggling to balance their financial books, West Ham can take advantage of the opportunity to some their recent financial muscle to bring Suso to the London Stadium.