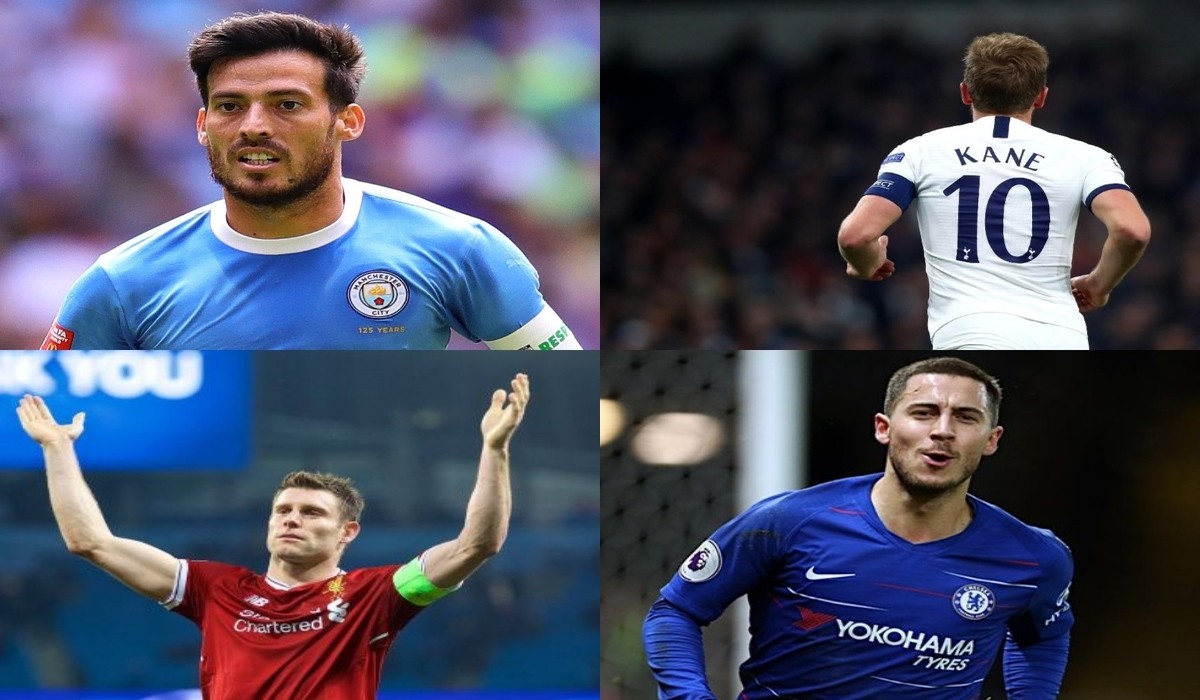 Between 2010 and 2020, four different teams have won the title. Manchester United, Manchester City, Chelsea and Leicester City have all lifted the trophy. We’ve also seen a fair few superstars in the last 10 years, with the likes of Sergio Aguero, Luis Suarez and Eden Hazard all gracing the pitch in England’s top flight.

In this article, we will have a look at the best Premier League players of the last decade, i.e. from 1st Jan 2010. Success is a big factor in the rankings. So we’re talking league titles, PFA Player of the Year awards, Golden Boots, Golden Glove awards etc. Longevity and consistency is also considered important.

Milner’s Premier League decade started in an Aston Villa midfield alongside Stiliyan Petrov, behind Emile Heskey and in front of Carlos Cuellar, Stephen Warnock and Richard Dunne. It will end as a valued member of the European champions and Club World cup winners. A couple of Manchester City titles in between make James Milner an unsinkable island of constant serenity in choppy top-flight waters.

There have been better players this decade, ones blessed with more skill, ability, technique and quality. But for longevity and dedication, few come close to matching the 33-year-old.

Vardy made his Premier League debut aged 26, scored one goal and assisted four against Manchester United on his first start, shattered records and lifted the title in his second season. At 33, Vardy shows signs of neither slowing nor settling down.

Vardy had dreamt of being a professional footballer through his childhood and then been released by Sheffield Wednesday at the age of 15. College, a job, his mates, love life and money then become the priorities; football is marginalised to the fringes. We’re told to never stop dreaming, but life often moves too fast for dreams.

There is little doubt that N’Golo Kante was one of the best signings of this or any decade when Leicester City paid Caen just £5 million for his services in the summer of 2015.

The effect he had for the Foxes in one of the most shocking Premier League title races of all time was profound. He followed that up by claiming the same trophy with Chelsea a year later, before going on to win the World Cup with France.

The capture of Yaya Toure from Barcelona by Manchester City was transformative in the sense that it showed peak talents that they could move to an emerging force and still win.

He would go on to become the centrepiece of two Premier League title winning sides and earned another as a bit-part player under Pep Guardiola.

He kick-started City’s era of dominance with a scarcely-believable 20 goals from midfield during the 2013-14 season. He was twice voted into the PFA Premier League Team of the Year and was awarded the title of African Footballer of the Year on two occasions, as well as being named City’s Player of the Year in 2014.

De Gea bounced back after a nervy start to establish himself as the best goalkeeper in the league since his move to Old Trafford in 2011. That he was named United’s Best Player of the Season three times and in the PFA Premier League team of the year five times since his debut, shows his overall quality.

It is not often that the goalkeeper is considered the most important player at a club, and not a club like United who boast of attacking riches. The truth though is that without the Spaniard, the Red Devils would have finished in bottom mid-table a couple of times in the recent past.

Since he broke into the Tottenham Hotspur squad in 2013/14, Harry Kane has not looked back, thereby becoming not only first-choice for Spurs but also national country England. Aguero, with a solid head-start, is the only man to outscore him this decade.

His goalscoring rate saw him being compared to the likes of Lionel Messi and Cristiano Ronaldo and while that is not far off, he will look to add silverware too, which is the only one blot in his career so far.

From the moment he arrived to the moment he departed with a domestic treble added to his considerable collection, Vincent Kompany was beloved by all Manchester City supporters.

A three-time participant in the PFA Premier League Team of the Year and one-time winner of the Premier League Player of the Season award, there is no doubting Kompany’s impact, right until his final game at the Etihad when his goal of the season saw off Leicester and all but clinched the title.

At his best it was almost impossible to stop the Belgian during his seven years in the Premier League, which he won twice as he made the PFA Team of the Year four times.

He might even have timed his departure perfectly, with his final Chelsea season his most prolific in terms of goals and assists. To bookend his seven years with Europa League winner’s medals – and two Premier League titles sandwiched in between – ensured there were trophies to match the transcendental skill.

Lauded as the “Best Signing” made by Manchester City in their history by former striker Carlos Tevez, David Silva has mesmerised fans and opposition alike with playmaking skills, with his first touch and skill on the ball unparalleled atleast in the English game.

Nicknamed the Merlin, he is known for his propensity to lay on assists more than scoring goals and was a key part of all of City’s three title wins, including being named in the PFA Team of the Year last season.

The man who will always be remembered for delivering Manchester City their first Premier League title with the most iconic goal in their history, but Aguero has been about so much more than that magic moment back in 2012. That goal brought only one of four titles he has won.

Sergio Aguero recently became the second quickest player to score 150 goals in the Premier League and only the third to do so for a single club after legends like Thierry Henry and Wayne Rooney.

Furthermore, he has managed 20 or more goals in the Premier League in six of his eight full seasons at City. He has been twice the club’s Player of the Year and has earned his place in the PFA Premier League Team of the Year for the last two seasons running.

He has taken his game to new heights under Pep Guardiola and could be regarded, one day, as the greatest goalscorer this league has ever known.