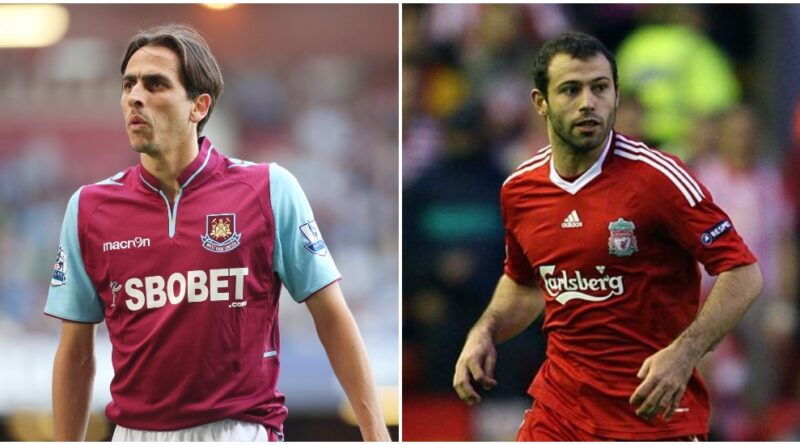 Here are the top 10 players who played for both Liverpool and West Ham.

Glasgow-born midfielder Ray Houghton came through the youth ranks at West Ham. However, he did not get enough chances there and made just one substitute appearance for the senior team before moving on. He moved on to Fulham and Oxford United before Anfield came calling.

He was one of Liverpool’s most underrated players, making over 200 appearances for the club in the ’80s. Ray Houghton added a league and cup double and an FA Cup before departing Anfield for Aston Villa in 1992.

Titi Camara is a cult hero among Liverpool supporters despite making just 37 appearances for the club. He scored some superb, and decisive goals, during his short tenure with the Kops.

He left Liverpool because of limited first-team action, joining Harry Redknapp’s Hammers in December 2000. Unfortunately, he left West Ham having failed to score in his 14 appearances for the club.

David James joined Liverpool from Watford in 1992. David outlined his intent to claim both the Liverpool and the England No. 1 jersey within two years, but could not back up his ambitions on the pitch.

Although Liverpool perhaps did not get the best years out of David James, he made 277 appearances for the Reds and collected a League Cup, showing glimpses of becoming the top Premier League keeper he became.

He joined Aston Villa in 1999 before joining West Ham in 2001. David James played 101 games for the Hammers, also suffering relegation in the process. He left for Manchester City in 2004.

No-nonsense defender David Burrows arrived at Anfield from West Brom in October 1988.  He went straight into the team for a home match against Coventry just two days later. He enjoyed tremendous success under managers Kenny Dalglish and Graeme Souness.

Burrows won a league title (1990) and the FA Cup (1992) before joining West Ham (1993) as part of a deal that saw Dicks swap Upton Park for Anfield. He only spent a single season in London with the Hammers.