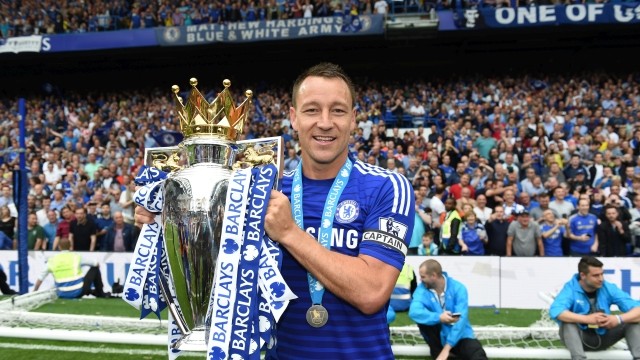 Chelsea is one of the biggest football clubs in England as well as in the whole of Europe. The club was established in 1905 and many great players have played for the club in it’s rich history. In this article, let us have a look at some of the best Chelsea players ever.

Coming over to Chelsea as a 24-year-old, Dennis Wise was just about to hit the best stretch of his career. He certainly did go on to spend all of his prime at Stamford Bridge as his stay in West London would last an impressive 11 years.

A goalscoring midfielder, Wise was a terrier on the field, constantly snapping at the heels of opponents in possession and at times when they were without it.

He was made club captain after three years at the club. The midfielder turned out a whopping 445 times for the Blues, leaving him in 8th place in the all-time appearance list. He is, without a doubt, one of the best Chelsea players ever.

Greaves was one of the most prolific strikers this country has ever produced and it all began with an astonishing 132 goals in 169 games for Chelsea – all over the space of just four years.

Jimmy’s goal-scoring prowess was on display early on at the youth level when he scored 51 goals in the 1955-56 season, and more than doubled it the next season with 122 goals in the 1956-57 season.

Greaves turned pro in the summer of 1957. He ended that season as Chelsea’s leading goal scorer with 22 goals in 37 appearances. He went on to accumulate staggering goal-scoring numbers in the seasons that followed.

Even after all these heroics, he was sold to AC Milan and he left Chelsea in some fashion by scoring 4 goals in his last match for the Blues.

One of the finest strikers to pass through the club’s doors. He came mighty close of equalling Bobby tambling’s record. Dixon scored 193 goals for Chelsea, falling just short of a club record held by Bobby Tambling at the time.

Regarded as one of the best Chelsea players ever, Dixon was sold to Southampton after spending 9 years with the club. He is still fondly remembered by the Stamford Bridge faithfuls.

Hazard is one of the most talented players ever to grace the Stamford Bridge turf. The only reason he is not higher up the rankings is because of his longevity with the club.

Equipped with an unparalleled dribbling ability and a surprising amount of strength, the Belgian quickly became a fan favourite. He regularly left opposition full backs in a babbling mess.

In 352 games, the brilliant Belgian scored 110 goals and notched 92 assists, great numbers for a winger. He is easily one of the best Chelsea players ever.

Tambling was ruthless on the pitch and a gentle man off it. He was very popular on all fronts. After the departure of Jimmy Greaves to AC Milan in 1961, he was given his chance to shine, and he demonstrated his precocious talent.

Only won the 1965 League Cup during 11 years as a professional with Chelsea, but scored 202 goals, a record which stood for 40 years until it was broken by Frank Lampard in 2013. He is one of the best Chelsea players ever.

One thought on “Best Chelsea Players Ever | Top 12 Legends”