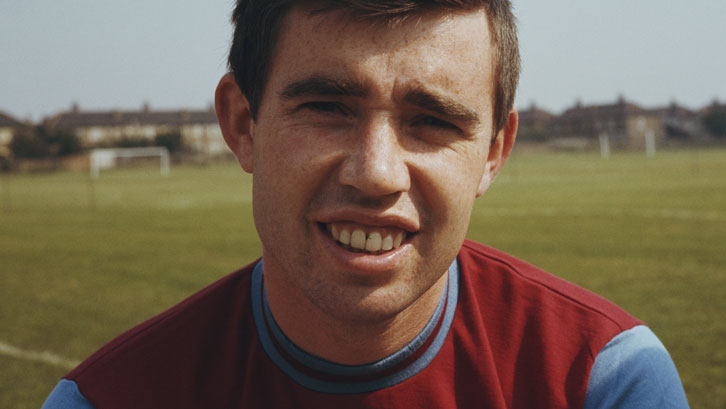 For a footballer to spend his entire career at one club has always been rare. Such one-club men are praised for their dedication, loyalty and commitment. It is quite right, especially when that dedication is tested by better offers from elsewhere. Such players are loved by the fans and in this article, let us have a look at five one-club men of West Ham United.

Including players who have at least spent ten seasons with the club, here are the five one-club men of West Ham United.

Technically, Cadwell did join amateur club Nunhead before signing for West Ham, but he did not play any senior game for them. As a result, his position in this list is justified. He made his debut against Chelsea in October 1923, succeeding Jack Tresadern as the first choice left-half. He then went on to make 277 league and cup appearances for the club between 1923 and 1933.

Pat Holland spent his entire career with West Ham, apart from two brief loan spells at Bournemouth and Team Hawaii. He was yet another player from that era that was born local to the Boleyn, just down the road at Poplar. Pat Holland was to play 304 times for the Hammers over 13 seasons, scoring 32 goals. In January 1981 he played his last professional game against Notts County.

Ronnie Boyce was born in East Ham, just a short walk from the Boleyn Ground. Boyce played schoolboy football for England before joining the Hammers as a 16-year-old apprentice in 1959. He turned professional a year later and went on to make 341 apps for the club. The midfielder was a superb interceptor and a good and intelligent passer of the ball. He was a part of the team that won the FA Cup in 1964 and the European Cup winners’ Cup in 1965.

The central defender spent 15 years with the Club, which included its first stint in the top tier of the English game, and turned out 467 times in total for the Club. That figure would have been even higher had the Second World War not interrupted football – as he made a further 86 appearances in wartime football. He would remain a regular in the West Ham defence for over a decade, and his son, Jim Barrett Jr would also play for the Club.

Mark Noble has spent his entire career with the Hammers, barring two loan spells in 2006. Noble has played most Premier League games for West Ham. He has won the club’s Hammer of the Year trophy twice, as well as being voted Hammer of the Decade at the end of the 2010s. The club captain since 2015, Noble, will be retiring at the end of the season. It is bound to be an emotional occasion when on May 15 the Hammers take on Manchester City in Noble’s final home appearance for his boyhood club.