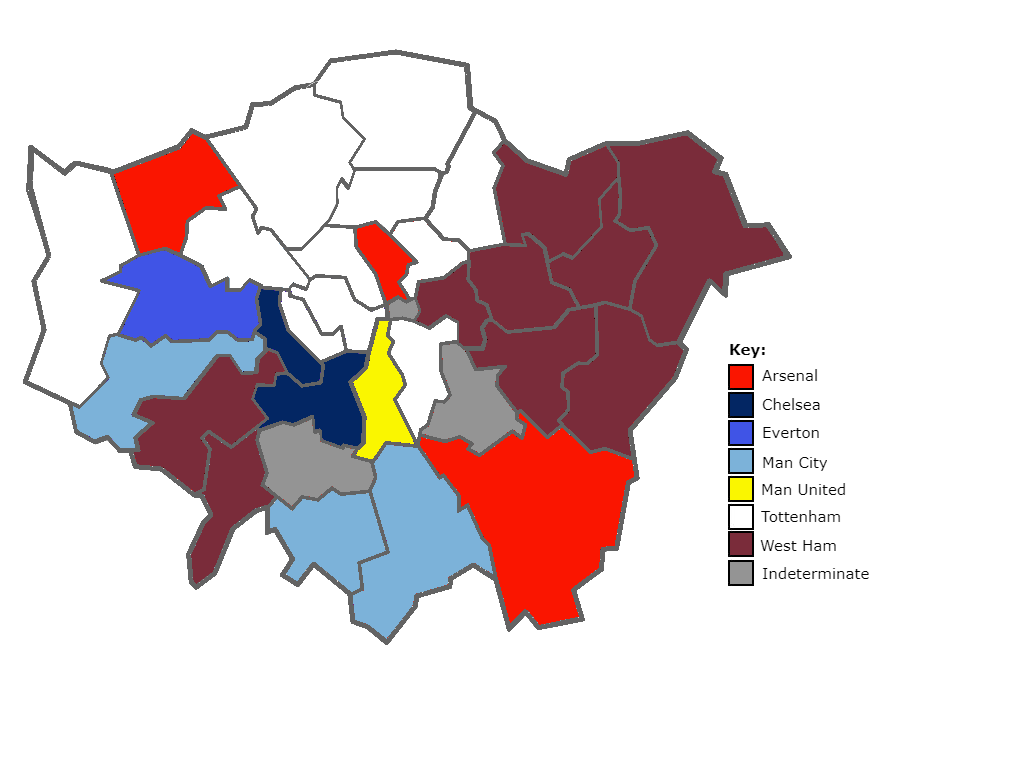 Football is arguably the most popular sport, both in terms of participants and spectators, in London. London has several of England’s leading football clubs, and the city is home to thirteen professional clubs itself. Here is a list of top ten most supported football clubs in London ranked according to their popularity.

This list also includes clubs from outside of London that have a good fanbse in the City. Here are the 10 most supported football clubs in London.

Three different surveys were taken in consideration while making this list. Apart from that, shirt and merchandise sales in the city, were also considered.

Might come as a surprise to many but Anfield based club is liked by many in London. The current league leaders who won last season’s Champions League are currently one of the most feared team in top five leagues of Europe. Liverpool is the most successful team in European competitions winning it 6 times. The high pressing tactics implemented by Klopp has also led many to call their playing style as beautiful football which has resulted in making the club more popular.

The team QPR is from White City, London and has a good number of fans following in London. They are also famous for having at least fifteen different home stadiums.

QPR were runners-up in the 1975-76 edition of the Premiership. They did win the League Cup though, in 1981 which is their only major honour.

It shows London boroughs and which boroughs support which teams. The data is postcode-based, not population-based. This survey is done by citymetric. This data is six years old. Few other surveys were also used in making this list.

Fullham FC is the oldest London club in the Football League and currently compete in the EFL Championship, the second tier of English football.. They have an average attendance of 18,815 in their stadium. They call the cozy, Craven Cottage home and have been popular for wreaking havoc on visitors.

Fulham won the UEFA Intertoto Cup in 2002 and were runners-up in the 1975 FA Cup. They also went to the Final of the Europa League in 2010 against Atletico Madrid but lost 2-1 in extra time.

As per a survey in 2013 by the Internet Institute of Oxford University, South London doesn’t seem to really support London at all. They opt for Manchester clubs. It hardly comes as a surprise because Red Devils are the richest and most followed football club of England.

United have won the highest number of Premier League titles and have always been blessed with talented players. It is also the third most followed football club across all social media platforms.