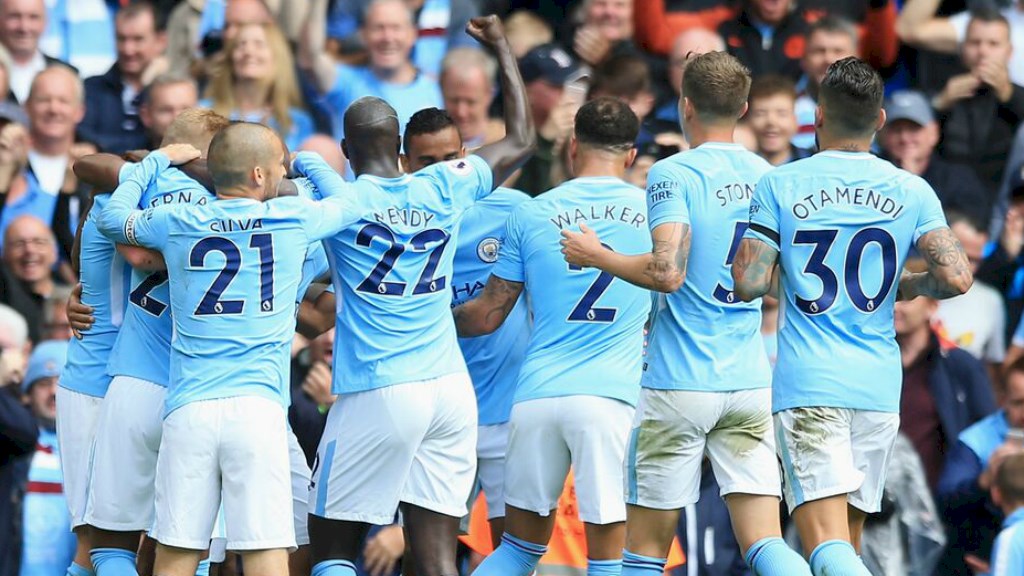 The New year is the time when we look back to the previous year and review it. It is a time to remember old acquaintances, outlines blurred by the mist of memory. Manchester City in 2017 has become synonymous with some of the best-attacking play ever seen in English football with everyone from goalkeeper Ederson comfortable on the ball and two full-backs pushed up like wingers. Reflecting on a sensational 2017 in which Pep Guardiola’s Manchester City have scored a massive 114 goals and lost just five games out of 59 in all competitions.

Pep Guardiola had always managed heavy favorites: Barcelona and Bayern Munich. He had been victorious only in leagues that looked like one or two-horse races. Barcelona has just one serious, consistent rival: Real Madrid. Bayern does not even have that.

Trying to do the same with Manchester City would be an altogether more challenging proposition, he was told. England could offer five other clubs that would regard themselves as genuine contenders for the Premier League, with the money and the ambition and the power to stand up to Guardiola and to City. There would be no plain ride in the most competitive league in the world.

After a disappointing 2016-17 season in England with Manchester City. It would be in England where fans found out exactly how good Guardiola was from the beginning of 2017-18 season, where his City side set the Premier League on fire, scoring goals for fun and breaking every wall and bus that came in between their target of winning the match in style.

As we look back to 2017 and with 21 games gone, Guardiola’s Manchester City team holds a 14-point lead at the top of the Premier League. It has taken 59 points from an available 63. It has set a record of 18 wins in a row and still unbeaten this season. And it has now faced all five of its rivals, dismantling each and every one of them in some noteworthy style. Tottenham Hotspur handsomely beaten, 4-1, in Manchester. For a few minutes at the start of each half, Mauricio Pochettino’s team went in all spirited, assertive and appeared to be able to cope with City. It did not last. The same has happened to Liverpool and to Arsenal at the Etihad Stadium, neither truly able to stop the league leader. Though the scores have been less impressive, the road victories against Chelsea and Manchester United were equally vehement, City simply too slick, too quick, too strong for its opponents. They’ve scored seven against Stoke, six against Watford and put five past West Brom, Huddersfield, Crystal Palace, and Watford. At times, it has appeared as if Guardiola’s team is playing a different game and that is the story of Manchester City in 2017 in a nutshell.

When asked on what has Pep Guardiola done to this Man City side that they are performing so well and what is the biggest factor in it, if we compare it to last season, British Journalist Shane Burns told 1sports1: “Being honest, identifying one thing Guardiola has changed is very difficult. The Spaniard lay the foundations in place at the turn of 2017 and despite City finishing third in the Premier League, the Blues only lost once from January until now. His total belief in his system, his ability to squeeze every bit of potential out of fantastic players and his sheer teaching methods have combined perfectly with tremendous success in the transfer market to create this glorious side. The system Guardiola has drilled into the squad, plus purchases in key areas are the obvious answers but the improvement in players such as Kevin De Bruyne, David Silva, Nicolas Otamendi and John Stones remain the obvious factor. Ederson joining the fold and having the impact he’s had is probably the single biggest factor in City’s success.”

2017 also ended as a year of niggles and injuries to players, Gabriel Jesus suffered one when he had just joined the City camp and ended the year with one in the last match of the year against Crystal Palace, Benjamin Mendy suffered a ruptured Anterior Cruciate Ligament back in September, John Stones suffered a hamstring injury in November, injuries have always been a part of every sports but City fans were left frustrated as Vincent Kompany again suffered a calf strain against Newcastle United. The latest setback comes as a huge blow to not only City but the centre-half too and he looked furious as he exited the pitch. He has experienced a nightmare couple of years on the injury front and only returned to action last month after a two-month lay-off. Kompany injured his calf back in August and only recovered to make his comeback in the victory over Leicester back on November 18.

When asked whether this will be last season of Vincent Kompany as a City player, Shane Burns said: “Without question. As shown in recent games against Newcastle and Manchester United, Vincent has proven himself to be an unreliable member of the squad. Despite his heroic status amongst City fans, four years of continuous injury problems can no longer be excused (through little fault of his own) and retirement could soon be on the cards as a result.”

It is 2018 and Pep will already be looking forward to the upcoming fixtures after a hard-fought goal less draw against Crystal Palace at Selhurst Park. With Champions League and the matches from other cup competitions piling on the fixture list for Man City, Pep will surely be building up his tactics on how to deal with all the competitions and keep on going with the form which his squad has bamboozled the whole world with. He must be definitely thinking about how to improve this side and make it even better and what is needed to do it.

When asked what can Pep do to take this team to the next level and how many years will Pep stay at Man City, Shane Burns said: “Guardiola must continue the transition he has already undertaken and for me, he must continue to look for players that would improve the squad, not produce a ‘stop-gap’. Identifying when players are beyond their best and in need of replacing will be a challenge he fancies over the coming years, and until the Champions League is won, many will not consider his tenure a complete success. With him buying a £2million apartment in Manchester, don’t be surprised to see Guardiola at City for a further five-years.”

Another thing Pep Guardiola would definitely want to see is the academy players to do well in the senior squad, with few of them already training with the senior lads, Pep has already started nurturing them and even gave some of them the much-needed playing time on the pitch so that they gather every bit of experience needed to do well in future. Players like Brahim Diaz, Phil Foden, Tosin Adarabioyo has shown a great deal of maturity when they locked horns with the opponents while playing for the senior team.

When asked about the academy players doing well under Pep and who would standout for the senior team in future, Shane Burns said: “It’s difficult to see Tosin Adarabioyo becoming a first team regular as he seems some distance off in terms of quality and talent. Brahim Diaz is certainly the most attractive on the eye for his dribbling ability and goal threat, but Phil Foden is the one. Nicknamed the ‘Stockport Iniesta’, Foden will become a regular at City for years to come and probably be the player to ultimately replace Kevin De Bruyne when the Belgian moves on in years to come.”

With Manchester City on a record-breaking sprint towards the Premier League title, the leaders have ended 2017 looking simply unstoppable. The future is bright for Pep Guardiola’s side, but City’s rival face a more uncertain time in 2018 as they will try to bridge the gulf in class and it would surely be worth watching how they well they do in 2018 in different competitions. Till then, Happy New Year!