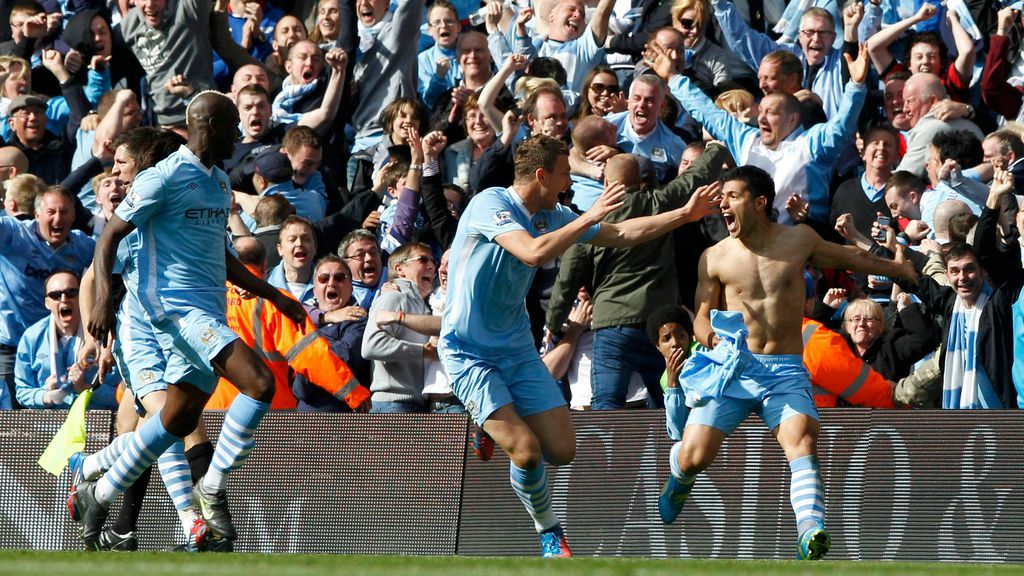 Manchester City staged a superb comeback to end Bayern Munich’s record run of 10 consecutive Champions League wins. Two goals down to a rampant Bayern Munich and in danger of being overrun, City cleared their heads and fought back to claim a famous victory.

David Silva pulled a goal back from close range from Jesus Navas’s cross. Aleksandar Kolarov then equalised with a penalty after James Milner was tripped before Milner’s fine finish won it. It seems even more impressive with the fact that City had put their second string on the field keeping the upcoming Premier League game against leaders Arsenal in mind.

10-men City came back from 3 goals down to beat Spurs 3-4 at White Hart Lane. Tottenham led 3-0 at half-time after Ledley King,Robbie Keane and Christian Ziege scored a goal each.

Joey Barton’s  sending off for a second yellow at half time made the matter even worse for City. However, soon after the restart, Sylvain Distin got a goal back and Paul Bosvelt gave them hope with a deflected shot. Shaun Wright-Phillips soon equalised for the blues.

The travelling fans were then sent into delirium in the final minute of normal time, as Jon Macken nodded in brilliantly to win it.

Sergio Aguero’s hat-trick – including two goals in the last five minutes – helped Manchester City beat Pep Guardiola’s Bayern Munich and keep their dreams alive of making it to the next round.

Bayern had a man sent off when Mehdi Benatia was given marching orders for a foul on Aguero in the 20th minute that saw the Argentine striker put the hosts ahead from the penalty spot. But the Germans turned the game on its head before half-time through Xabi Alonso’s free-kick and a Robert Lewandowski header.

Having then made hard work of it, and still trailing by two goals with five minutes to go, City then benefited from the most unlikely phenomenon — a misplaced pass from Xabi Alonso, that allowed Sergio Aguero to run clear and beat Bayern keeper Manuel Neuer. Then he took advantage of more sloppiness from ex-City player Jerome Boateng for the last-minute winner.

Just five minutes into the game,West Brom took the lead when Jeff Astle scored,becoming the first player to score in the final of both the League Cup and FA Cup at Wembley. Time was running out for Joe Mercer’s men when Mike Doyle grabbed a goal and ensured the game would go into extra-time.

In the extra-time Glyn Pardoe scored the winner and clinched the trophy for Manchester City.

Following two relegations in three years, City found themselves in the third tier but made it to Wembley with a chance of going straight back up. Those hopes appeared shattered after Gillingham scored twice in the last 10 minutes, but Kevin Horlock pulled a goal back on 90 minutes before Dickov levelled deep into stoppage time. Weaver then starred in the penalty shoot-out that followed, and City took a huge step on the long road back.

City’s task seemed straightforward – beat relegation-threatened QPR and the title was theirs for the first time in 44 years. Roberto Mancini’s side took the lead through Pablo Zabaleta shortly before the interval and at half-time it seemed that City already have one hand on the trophy.

However, things changed after the restart as Djibril Cisse levelled for QPR but then the visitors lost Joey Barton when he was shown a red card against his former club following a clash with Carlos Tevez. QPR shrugged off their numerical disadvantage to reduce the Etihad to stunned silence when Jamie Mackie gave them the lead with a far-post header in the 66th minute.

City threw everything at the QPR defence and with the title seemingly slipping away, Edin Dzeko gave them hope with a stoppage time header before Aguero fired in the fourth minute of stoppage time to send the Etihad faifhful into ecstasy.