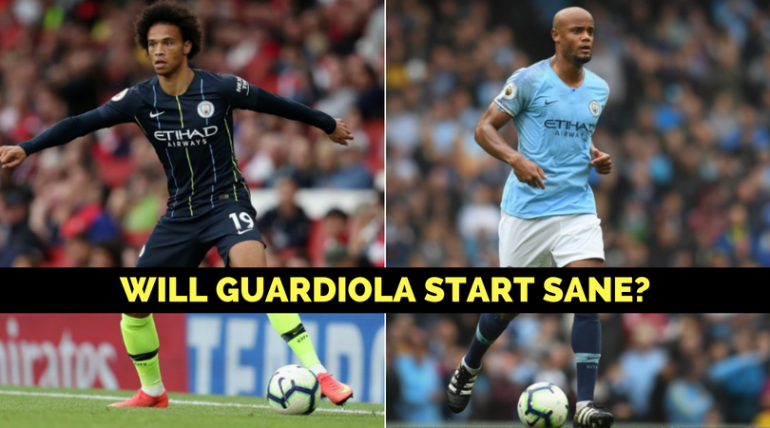 Pep Guardiola’s Manchester City look to continue their Premier League campaign this weekend as they welcome 13th placed Fulham at the Etihad on the 15th of September. Manchester City have returned back to winning ways after playing out a stalemate against Wolves in game-week 3 before securing a hard-fought 2-1 win over Newcastle last time.

Newly promoted Fulham have made a promising start to their new season at the top helm, having crushed Burnley 4-2 and securing a tough 2-2 draw against Brighton away already. Guardiola is very much wary of the threat newly promoted teams pose in this stage of the competition, particularly when all the European tournaments begin to commence.

City have been boosted with the return of Brazilian fullback Danilo who was out nursing an ankle injury he sustained during the World Cup. And with some of the players having returned from international duties, Pep may field a changed XI against Fulham on Saturday.

Out of team selection will once again be de Bruyne (ankle) and Claudio Bravo (Achilles tendon rupture) who are both side-lined with training ground injuries sustained last month. Leroy Sane, who opted out of the German national camp last week due to the birth of his child, could feature in this clash as reports suggest that Pep is ready to hand the 21-year old a chance to cement his place in the starting XI.

With Aguero being in fine fettle this season, it shouldn’t surprise many if the Argentine gets the nod ahead of his South-American counterpart Jesus. The ex-Atletico Madrid man has already netted 3 times; assisting twice this season and looks in fine fettle at the moment.

Fulham coach Slavisa Jokanovic said that his team is relishing the chance to compete in England’s top tier and will look to test themselves against the defending champions this weekend.

“It wouldn’t be a surprise if I said it’s one of the most difficult games for a team who’s recently been promoted from the Championship to the Premier League,” he said. “We know how they play the football, we know it’s not easy to play at the Etihad.”

In the press conference, Slavisa had some words of praise for the City boss too. “He’s one of the most experienced and successful managers,” Jokanovic stated. “He’s shown a similar style in different places, he’s shown it’s possible to play that way in different competitions. All the credit to him, he made really important steps in the game. But to copy people is not good. It’s not easy for us to match this level.”

Fulham will have some notable absentees with Tom Cairney (foot), Tim Ream (thigh) and Floyd Ayite (knock) all set to miss the match due to injuries while Neeskens Kebano (ankle) is not expected until the end of the month.

Players To Watch Our For-

One thought on “Manchester City vs Fulham Preview : Premier League 2018-19”