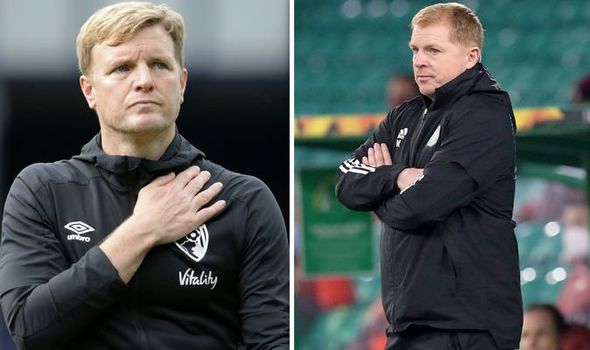 After being so patient and installing so much faith in Neil Lennon, Celtic fans, I think now have had it enough, especially after the 0-2 thrashing by Ross County in the League cup on Sunday. Also, the 4-1 thrashing by Salvia Prague both at home and the away fixture was tough to swallow for Celts. The Czech Republican club hammered the Bhoys at Celtic Park without even having 7 of their first-team players. That ought to be one of the worst and most embarrassing nights for a Celtic fan in recent times and no manager should be able to survive such humiliation.

The Hoops have fallen 11 points behind their arch-rivals Rangers in the Scottish Premiership. After getting kicked out of the Europa League and the Premiership being almost being out of hands, the Celtic boss’ time at the club is almost up now. Neil Lennon hasn’t been sacked by the club but surely, he can’t be far away from getting fired or just willingly walking away. Let’s see what the future holds for the Irish coach and the club.

We have listed the realistic potential candidates that can overtake the managing position of the Scottish giants and hopefully do better than Neil Lennon.

The Portuguese coach has not been managing any club for almost a year now since leaving Everton in December 2019. The 43 years old is a fairly young and promising manager who has managed clubs like Sporting, Olympiacos both the clubs having almost similar kind of expectations.

Marco Silva also has plenty of silverware for such young age winning Segunda Liga with Estoril, Taca de Portugal with Sporting CP, and the Greek Super League with Olympiacos before heading to England where he did a reasonable job too with mid-table clubs like Hull City and Everton. It would not be hard for Celtic to get Silva to manage the club if they wanted to but personally, I don’t think they would get a so-called “foreign” coach for the job but it is up to the management.

Another young, aspiring, and experienced manager who can very possibly be the boss of Celtic next season. The former Bournemouth coach has done so well with the Cherries over his two spells at the club. He took them from basically the bottom of the English football leagues and promoted them to the Premier League. He won the Football League Championship with Bournemouth in 2015 but has been a bit unlucky in the past 12 months getting relegated out of the Premier League.

The English manager spent a lot of time at the club building it up very slowly from the ground over the time of 8 years but in the end, left with mutual consent with the club. But the dynamics at Celtic are a lot more different with a lot more expectations, where one match can turn the situation for the manager but his teams play good football, and let’s see if he gets the job.

One of the most promising Scottish coaches right now, Jack Ross is a mature manager and the way his team plays is impressive. He is good with the media and will be a good fit at a big stage. His career has been on an uprise since a strong start to life with Alloa Athletic and then he took over St. Mirren who were struggling at the foot of the Scottish Championship but he helped them be the champion of the Scottish Championship which lead to their promotion to the Premiership.

Then he went to Sunderland where in his first season in-charge, Ross led the club to the final of the League One play-offs which they unfortunately lost. He is now the manager of Hibernian and is doing a good job sitting 4th in the Premiership and have a little bit of chance to win but let’s see how that turns out. The Scottish manager has bright chances to take over the club right now.