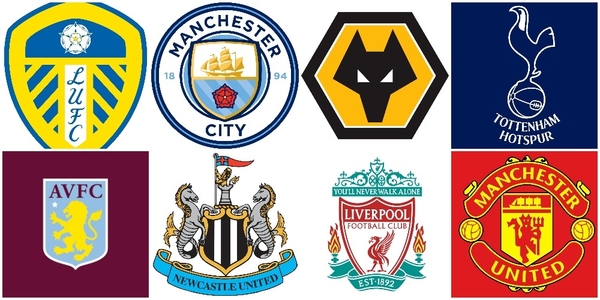 The English Football League was founded in 1888 and is the oldest league in world football. It was the top-level league in England until Premier League was formed in 1992. The first-ever team to win the English top division was Preston North End and in this article, we have ranked the current Premier League teams according to their first ‘top division league title’ triumph date.

Out of the 20 Premier League teams, 5 of them have never won a top division league title. They are – Brighton, Crystal Palace, Fulham, Southampton, and West Ham. Here are the rest of the EPL clubs ranked according to their first-ever league title.

Claudio Ranieri’s Leicester City won the 2015-16 Premier League title in one of the greatest sporting stories of all time. They started the campaign as 5,000-1 outsider for the title after almost being relegated the previous season.

Leicester’s victorious season will surely be remembered for their direct, counter-attacking football. Alan Shearer said Leicester’s achievement was “the biggest thing ever in football”.

Leeds United have won the top division league title thrice in their history. The first of which came in the 1968-69 season under the management of Don Revie. They finished six points ahead of Liverpool to lift the title. The two further league titles came in 1974 and 1992.

Chelsea won their first league title in 1954-55 season under manager Ted Drake. The success was unexpected; Chelsea had never won a major trophy before and their best previous league position since the Second World War was 8th.

In that season they won 20 matches, drew 12 and lost 10, ending the season with 52 points, 4 more than runner-up Wolverhampton Wanderers.

Wolves were the first side to win all four divisions of the English professional game and have won every competition currently contested in English domestic football. They have laid their hands on the top division title three times. The first of which came in the season 1953-54.

With two defeats in the first three games, they had a shaky start to the season. However, they went on to win the season, finishing four points ahead of second-placed West Brom.

Having won promotion in great style the previous season, the Spurs ‘Push and Run’ team got off to a disappointing start to their first season in the First Division since 1935. It was a remarkable turn round to become Champions for the first time in the club’s history, only a year after winning promotion from the 2nd Division. 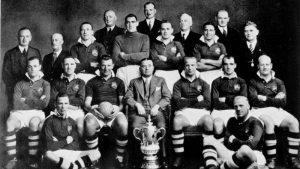 Manchester City scored 107 goals that campaign, the league’s best. They ended the season with 57 points, 3 more than second-placed Charlton Athletic.

Arsenal had ended their long wait for the league title in 1930/31 and showed the world that this was a group of players capable of consistent excellence. Arsenal’s team was blessed with an irresistible front line of Jack Lambert, David Jack and Cliff Bastin and opposition defences simply had no answer to their combined talents.

Arsenal manager Herbert Chapman had transformed the team into a group of winners as they won 4 more league titles within the next 7 years.