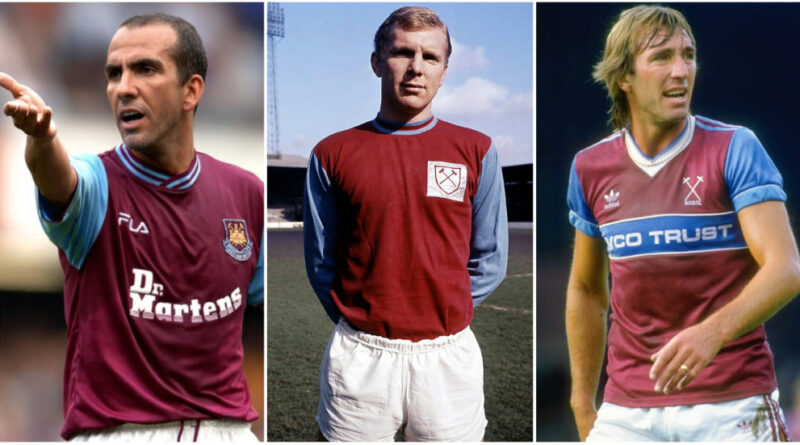 Di Canio was superb on the ball, tactically astute, confident in his ability, and above all else, a leader of men. Di Canio’s brilliance improved the levels of performance of those around him.

He was simply outstanding, scoring 47 goals in 118 Premier League appearances. He had in front of goal, with no Hammers or football fan ever likely to forget his incredible volley against Wimbledon in March 2000.

Di Canio’s career at West Ham was a huge success; the passion and emotion that he brought to the team made him a fans’ favourite instantaneously and it appeared he fell in love with the fans just as quickly.

Watson joined West Ham in 1920 for a fee worth only £50 from Wellingborough Town. Watson is the club’s record goalscorer with 326 goals. 203 of his league goals were from 295 top-flight appearances.

The only player who has come close to Watson’s record is Sir Geoff Hurst with 249 goals. Vic Watson reached the FA Cup with West Ham in 1923. Hammers lost the game 2-0 to Bolton in the first-ever match at the old Wembley.

He once scored six, in an 8-2 home win against Leeds on 9 February 1929, scored four goals on three occasions, and managed 13 hat-tricks while at West Ham. Watson’s name will be written in the West Ham United history books for a long time.

Geoff may well be known to football fans across the globe for his part in the England World Cup-winning team of 1966, but to West Ham fans he is certainly more than that. He was a legend for West Ham, scoring 249 goals for the Hammers.

Geoff Hurst made it into the UEFA Euro Team of the Tournament in 1968. He was included in the English Football Hall of Fame in 2004. He will always be remembered for being the only person to score a hat trick in a World Cup final, but, his successful West Ham career has been overshadowed by that fantastic achievement.

The three-time Hammer of the Year, helped West Ham win their first-ever FA Cup in 1964. In 2003, Geoff Hurst joined West Ham and England heroes of 1966, Bobby Moore and Martin Peters, in ‘The Champions’ statue outside the Boleyn pub next to Upton Park.

Here’s the line-up in full – 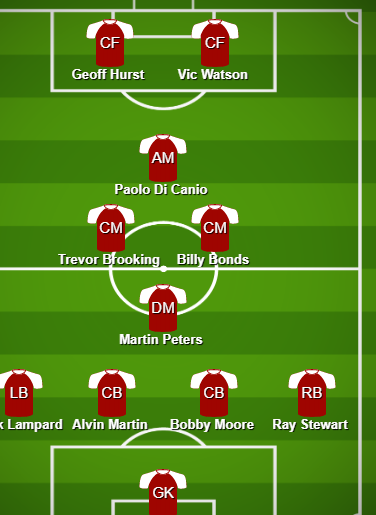