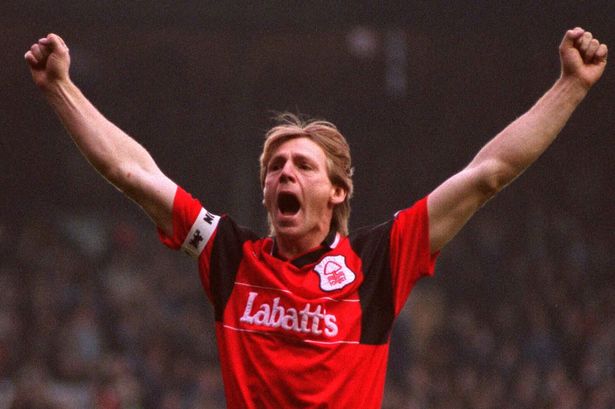 Many great players have played for the club in its rich history. These players have left an everlasting impression on the fans of the club. In this article, we have put together the greatest Nottingham Forest players ever.

Based on various factors like the impact on the club, success, fans’ opinions, critics’ opinions, etc, here are the 10 greatest Nottingham Forest players ever.

Ian Storey-Moore is widely considered to be one of the club’s best-ever players. He scored 105 league goals for Forest in 236 games, bagging 118 goals in 272 games in all competitions.

Ian Storey-Moore scored a memorable hat-trick in the 3-2 win over Everton in the FA Cup quarter-final. He gave ten years of fine service to the club before leaving for Man United.

Viv Anderson was a key member of the double-European-Cup winning side. Anderson was one of the first black players to play top-flight football at the time, and regularly suffered racial abuse from fans of rival teams.

But all this didn’t stop him from becoming of the greatest players to play for Nottingham Forest. He made 425 appearances for the club before moving to Arsenal.

Bob McKinlay was a one-club player for Nottingham Forest. He played for them between 1951 and 1969. He began in the 2nd division with the club but spent most of his career in the top flight.

McKinlay is the club’s record appearance holder and won the 1959 FA Cup with the club. He has earned the right to be called one of the greatest Nottingham Forest players ever.