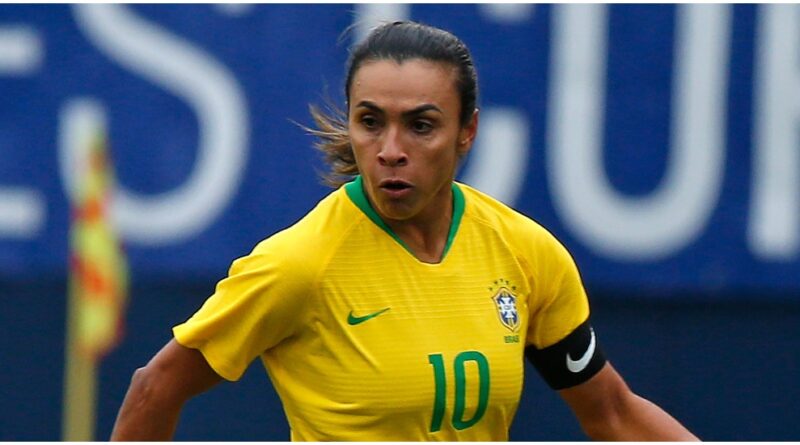 Football is a game that is for everyone and every gender. As we all know it is the 21st century and men and women are being treated equally. Women love football as much as men. Women’s football has been banned many times in history but now it is being treated almost as equally as men’s and it is at the time more popular than it has ever been in football’s history. Just like there are many good players in men’s football like Ronaldo, Messi, and many more, there are also extraordinary players in women’s football, and today we are going to list down ten of those greatest female footballers ever.

Here are the fifteen greatest female footballers ever, ranked in increasing order to greatness.

Alex Morgan has been a very popular player for United States National Women’s Team for almost a decade. She unleashed herself as one of the best in 2012 when she scored 28 goals and assisted 21 in 31 appearances, which was also the year in which she inspired her nation to gold in London. Morgan was the Co-captain of USNWT from 2018 to 2020. She is one of the only two American women to ever score more than 20 goals and 20 assists in a single season. She was FIFA World Player of the Year finalist that year.

Now a coach and former midfielder for Norway, she is the best Norwegian female player of all time. Hege Riise scored 58 goals in 188 games for Norway’s women’s international football team in her 14-year career. She has won FIFA Women’s World Cup in 1995, UEFA Women’s Championship in 1993 and an Olympics gold medal in 2000. She also won the golden ball in the 1995 World Cup and the Golden player award in UEFA Women’s Championship in 1993.

English striker Kelly Smith was a very lethal striker, who also loved setting up her fellow teammates for goals. She is the record goalscorer for England with 46 goals. Kelly Smith also played for Arsenal ladies over two tenures. She won the Premier League five times and a UEFA Champions League with Arsenal. Smith has also been appointed Member of the Order of the British Empire (MBE). She represented Great Britain in London Olympics 2012. She is the best female player to have ever risen of English origin.

Carli Lloyd is famous for being a big-game player. She has scored many significant goals in her career including a hattrick against Japan in the final of the 2015 World Cup. She has also scored goals that won the United States Women’s National Team the gold medals in both the 2008 and 2012 Olympics.

Carli Lloyd has won FIFA Women’s World Cup two times, in 2015 and 2019, and was also awarded the FIFA Player of the Year award on two occasions in 2015 and 2016. She has scored 134 goals in 314 appearances for her national team. She had outstanding determination, mental strength, and work ethic. Lloyd is widely regarded among the greatest female footballers ever.

Now 43-year-old Brazilian started her career with Brazil national team at the age of 17, in 1995. It has been 26 years since her debut and she is still going strong for the team and she is not just increasing numbers, but she has been useful to the team. In 2019 she took part in her seventh World Cup, which set a new record in both the women’s and men’s games, also becoming the oldest player in the tournament’s history, aged 41. Formiga has also been a part of every Olympics competition since 1996. She is one of the greatest female footballers ever.

Japanese forward Homare Sawa had a very illustrious career. She was a smooth skillful player who could play as a midfielder as well. She played 23 years for the Japanese Women’s football team scoring 83 goals in 204 appearances. In her international debut game for Japan, she scored 4 goals and announced herself to the world.

Homare Sawa was the captain of the Japan national team for the World Cup title in 2011 and the silver medal at the 2012 Summer Olympics. She won the golden ball and golden shoe award for the 2011 World Cup. In 2012, she was also named the 2011 FIFA Women’s World Player of the Year.