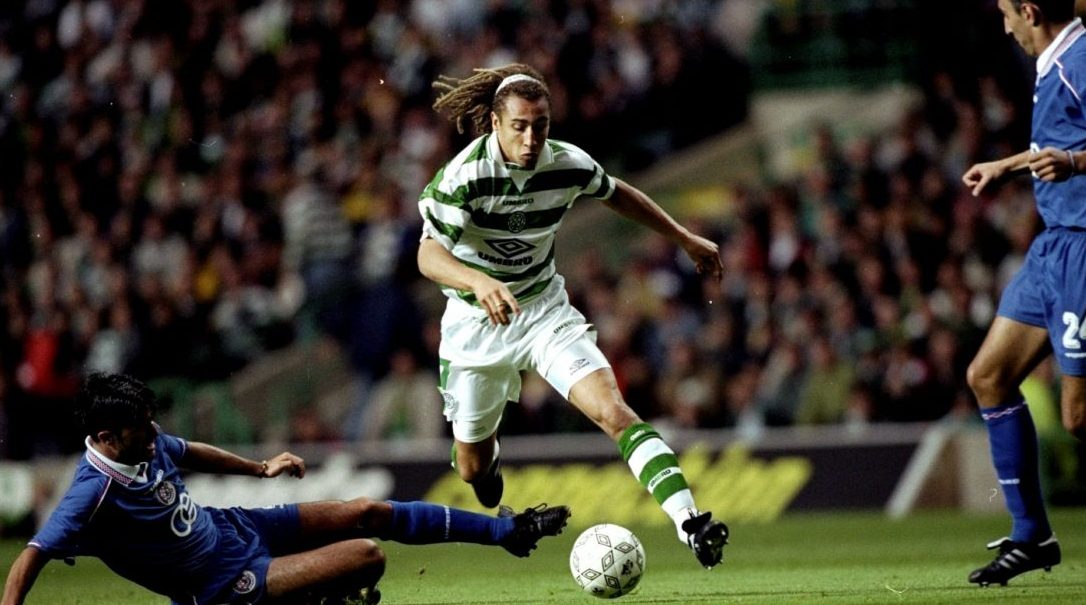 Henrik Larsson is a Celtic legend, playing a central part in the revitalisation of the club as it once again dominated Scottish football having been in the doldrums for much of the previous 15 years. Henrik Larsson – The King of Kings, broke domestic scoring records and was the talisman to take the club to the UEFA Cup final in 2003. He was a truly world-class player.

When the ‘The King of Kings’ moved to Parkhead in 1997, there was no denying that Ranger were the top dogs in Glasgow. Wim Jansen was hired with one specific target in mind, win the league and prevent a supremely talented Rangers side from breaking Celtic’s record.

Despite a rocky start to his Celtic career, Larsson scored 18 goals in all competitions and ended the season as the club’s top scorer. The Bhoys lifted the Scottish League Cup after beating Dundee United, but more importantly, Celtic regained the title.

Larsson suffered the cruellest of leg breaks during Celtic’s UEFA Cup match in ’99 and he ultimately ended up missing 8 months due to the horrific injury. He wouldn’t let this deter him though as he came back stronger than ever.

However , Rangers were still dominating  the league, Vengloš, Barnes and Dalglish couldn’t wrestle the title back from Rangers, but Irishman Martin O’Neill’s arrival in Glasgow definitely saw the balance of power swing towards Celtic Park.

That season Larsson scored 35 league goals in 38 league games and won the golden shoe, his performances resulted in a memorable treble for the Bhoys.

In his seven years at Celtic, Larsson won four SPL titles, two Scottish League Cups and two Scottish Cups before leaving for Barcelona in 2004. He was the top goalscorer in the Scottish Premier League for five of the six seasons that he competed in. In just 313 appearances for the club, he scored a staggering 242 goals.

Larsson remained loyal and true, as the Swedish striker refused moves to far superior leagues whilst at the peak of his powers, and Celtic fans will be forever thankful to him for this reason.