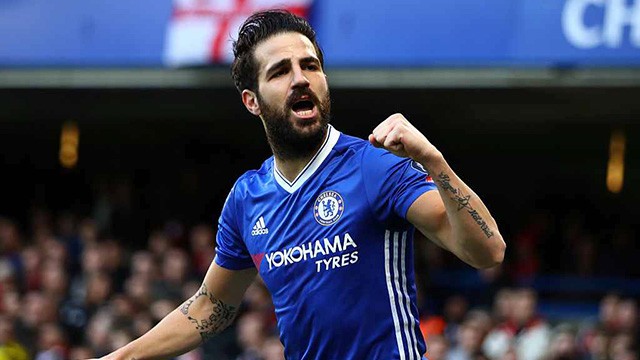 Breaking down the opponent’s defence and providing pinpoint balls to the strikers to score is not easy. But many players mastered those skills and racked up many assists in their career. These players played an important part in their team’s success over the years. In this article, let us have a look at the players with the most assists in the Premier league history.

Record goalscorer and one of the best strikers in the Premier League history, Alan Shearer also racked up 64 assists in his Premiere League career.

A creative attacking midfielder, with exceptional technical skills, Le Tissier is the second-highest ever scorer for Southampton behind Mick Channon and was voted PFA Young Player of the Year in 1990. He was the first midfielder to score 100 goals in the Premier League. He is notable for his record at scoring penalty kicks – converting from the spot 47 times from 48 attempts – and is considered one of the greatest ever from the 12-yard spot.

Le Tissier spent his entire professional club career with Southampton and made 64 assists which puts him 14th in the list of ‘players with the most assists in the Premier league history’.

Cole is most notably remembered for his time with Manchester United, where he spent six years of his career and winning numerous trophies in the process.

Henry holds the unique record of having assisted the most number of times in a single season. He notched up 20 assists in one season a record that many have come close to achieving but falling just short.

The Frenchman had an array of tricks, skills and goals in his armoury but many undervalued as to how many goals he actually set up for Arsenal. He would often be the trigger point for Arsenal attacks. In 258 games with Arsenal, he scored 175 goals and provided 74 assists.

Sheringham was a prolific goalscorer in his heydey but was also very good at finding the perfect pass for teammates. His overall ability and intelligence of the game prompted Sir Alex to snatch him from Tottenham Hotspur in 1997.

Although he only managed 31 goals in 104 appearances, the goals he scored were normally of very high importance. He returned to Spurs three years later for a second spell which lasted 2 seasons.

His tally of 76 assists puts him 8th on the list of ‘players with the most assists in the Premier league history’.

Known for his range of passing, crossing ability and bending free-kicks as a right winger, Beckham was runner-up in the Ballon d’Or, twice runner-up for FIFA World Player of the Year.

He truly announced himself on the Premier League stage when he scored that brilliant goal from the halfway line that made everyone stand up and applaud the young Englishman. He spent 11 years with Manchester United in the Premier League and made 80 assists.

Milner is a versatile player, he has been utilised in many different positions such as on the wing, in midfield and most recently at left-back.He always adapt to his position and gives 100% on the field.

While Milner does not score many goals, he does have a good record at providing assists. He has made 82 assists in his career while playing in the Premier League.

David Silva has been one of the most consistent players in the Premier League since joining Man City in 2010. Silva has appeared in over 350 matches for City winning two FA Cup, four Football League Cups and four Premier League titles. He was voted the Manchester City’s player of the season for 2016-17.

In 504 Premier League appearances between 1998 and 2015, Stevie G managed 92 assists along with 120 goals. That means he contributed a goal or assist once roughly two league games. In over 500 games, that’s pretty impressive.

Dennis Bergkamp was one of the most graceful players to have played in English football. The only Invincible not signed by Arsene Wenger, Bergkamp was the chief provider for Arsenal and every striker’s dream.

Bergkamp’s finest season was 1997-98, when Arsenal won double. He provided 20 assists and scored a very tidy 22 goals, which meant he had a hand in 46% of the Gunners’ goals in that iconic season.

One of Bergkamp’s greatest strengths was his ability to pick out a pass from anywhere on the field—a skill that helped him rack up 94 assists in 11 Premier League seasons.

Lampard began his career at West Ham United, for whom his father Frank Lampard, Sr. had also played. He secured a place in the first team by the 1997–98 season. The following year, he helped the team finish fifth in the Premier League, their highest-ever Premier League placing. In 2001, he moved to rival London club Chelsea for £11 million.

From his debut, Lampard was ever-present in the Chelsea first team and made 164 consecutive Premier League appearances, a record for an outfield player. He established himself as a prolific scorer at the west London club and was a key part of the sides which won back-to-back Premier League titles in 2004–05 and 2005–06 and a domestic cup double in 2007.

Lampard signed a new contract in 2008, becoming the highest-paid Premier League footballer at that time. A three-time Chelsea Player of the Year, Lampard is the club’s all-time top goalscorer with 211 goals in all competitions. He is 4th among ‘players with the most assists in the Premier league history’.

Wayne Rooney may be known primarily as a striker and a goalscorer, but he has been used in a variety of midfield roles throughout his career. Hence, he has been able to climb up the assist charts as he has dropped further back.

He burst onto the scene as an 18-year-old for Everton scoring a scorcher against Arsenal. At the time, when he made the move to Manchester United, he was the most expensive teenager in football history.

Currently playing in the MLS, Rooney has won the Premier League 5 times as well as a UEFA Champions League, a Europa League and a FA Cup.

Fàbregas came through La Masia, Barcelona’s youth academy, leaving at 16 when he was signed by English Premier League side Arsenal in September 2003. He soon established himself in the team. He broke several of the club’s records in the process, earning a reputation as one of the best players in his position, and won the FA Cup in 2005. After a protracted transfer saga, Fàbregas left London on 15 August 2011 to return to Barcelona in a deal worth up to £35 million.

He returned to London in June 2014 to Arsenal’s cross-town rivals Chelsea for a fee of £30 million. In his first year there he helped to secure League Cup and Premier League triumphs. He won his second Premier League title in three years as Chelsea won the league again in 2016-17.

Fàbregas left Chelsea for Monaco in the winter transfer window of 2019, after racking up 111 assists in his Premier League career.

Giggs holds the record for the second most Premier League appearances (632) and he is also the leading assist provider in the league’s history. It’s going to take a massive effort for anyone to get near his tally of 162 assists.

During his time at United, he won 13 Premier League league titles, 4 FA Cup titles, 2 UCL titles among a list of other honours. He is one of the most decorated footballers in Manchester United’s history.