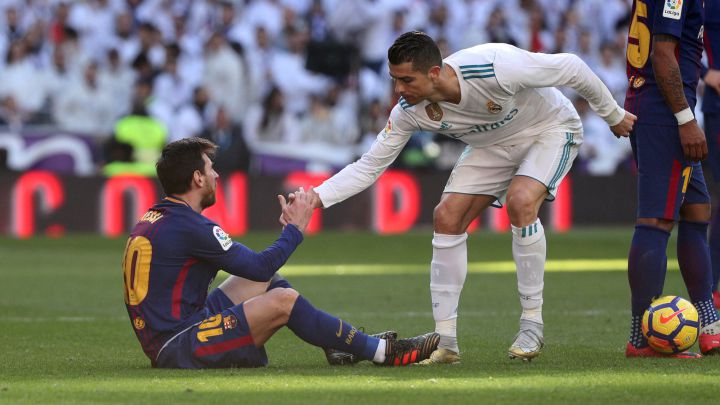 Football is not just about scoring goals, creating chances, defending, it is about the passion, dominance, superiority, and of course, the rivalries that are formed. Spanish football boasts their fair share of rivalries, including the biggest of them all; El Clasico. However, that is not the only rivalry worth mentioning in Spanish football, there are other rivalries too which are just as intense and just as competitive. In this article, we will talk about some of the biggest rivalries in Spanish football which make the game more beautiful than it already is.

Here are the top ten biggest rivalries in Spanish football.

Getafe vs Leganes is an underrated rivalry in Spanish football. We do not often see both of them playing against each other these days, considering Leganes’ lack of appearances in the top division football. Getafe, on the other hand, have established themselves as an upper mid-table club in La Liga.

Leganes would be desperate to perform and find themselves back in the Spanish division one and try to assert dominance over their rivals. There have been incidents in the past where the fans indulged in violent activities. Despite being smaller clubs, the rivalry is still big and the fans show a lot of passion especially when the two teams face each other.

Atletico Madrid fans have a natural hatred for their elite rivals, Real Madrid, however, they are not the only team the Atletico fans hate. They also have a hatred for another big team in the Spanish competition; Sevilla FC. The reason for that? It’s simple; politics. Whenever the two sides faced each other, there were various incidents reported including violence and corruption.

Sevilla fans are always positioned on the left side whereas the hard-core Atletico fans lean towards the right hand side. Some of the incidents include a bottle being thrown at the Sevilla goalkeeper, some Sevilla fans stabbed and attacked an Atletico fan, and many such incidents. All in all, it is one of the biggest rivalries in Spanish football.

The Catalan Derby or Derbi Barceloní is a contest played between FC Barcelona and Espanyol and it goes way back in time, even before La Liga was established. FC Barcelona are clearly the better side in the fixture, but the intensity of this contest remains unmatched. The passion could be seen in the eyes of the fans, despite being on the losing side and the Barcelona fans, on the other hand, enjoy a massive record against their rivals. Every now and then, Espanyol are looking to upset their long-time rivals and the contest could get really ugly at times, especially between the two fan bases.

The Galician Derby between Celta Vigo and Deportivo La Coruña is historically an even contest in terms of size and stature. However, Celta Vigo are undoubtedly the bigger club currently as they play in the first division of Spanish football, La Liga. Deportivo La Coruña, on the other hand, are not having the best of times recently, but they have more trophies than Celta, all thanks to the time when they challenged top clubs two decades ago.