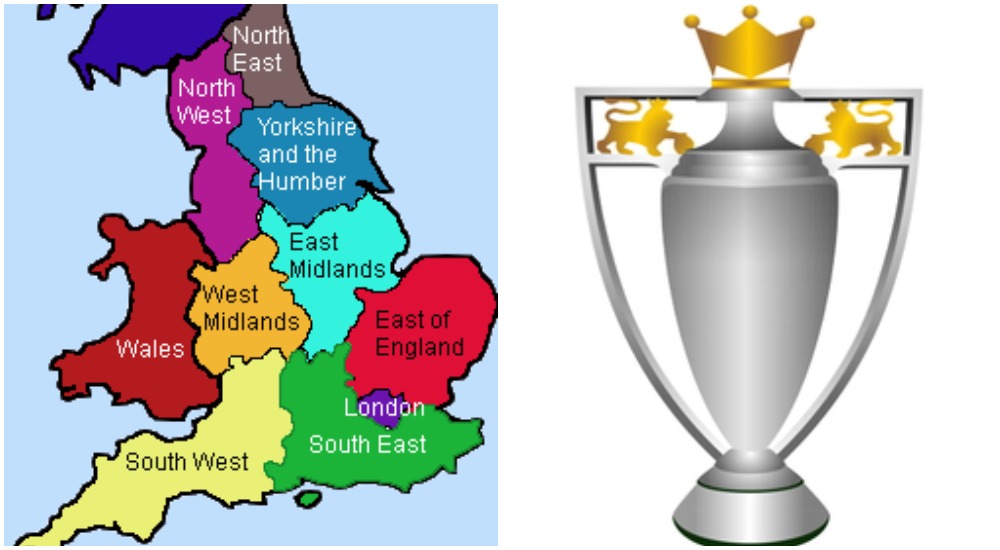 The first English league champions were crowned way back at the end of the 1888/89 season, when the Football League was dominated by clubs from the North West and East and West Midlands.

Since then, 24 clubs have claimed at least one title, but which regions have been the most successful? In this article, we have ranked all the nine English regions according to the League titles that the clubs from their region have won since 1888.

It has the largest area of all regions and reaches from Gloucestershire and Wiltshire to Cornwall and the Isles of Scilly. This includes the area often known as the West Country, and much of Wessex.

East Anglia is a region of eastern England. The kingdom consisted of Norfolk and Suffolk. The biggest clubs from this region are Norwich City and Ipswich Town.

The counties of Derbyshire, Staffordshire, Leicestershire, Rutland, Northamptonshire, Nottinghamshire and most of Lincolnshire belong to this region, the eastern half of Midlands. The biggest football clubs from this region are Nottingham Forest, Leicester City, Derby County, etc

East Midlands clubs have claimed four league titles – Three clubs from the East Midlands have been crowned champions, led by Derby County (2), followed by Nottingham Forest (1) and Leicester City (1). This region is one of the most successful English football regions.

Leicester City is the latest from the region to win the League title. They won the Premier League in 2015-16, defying all the odds in one of the most fairytale seasons for them.