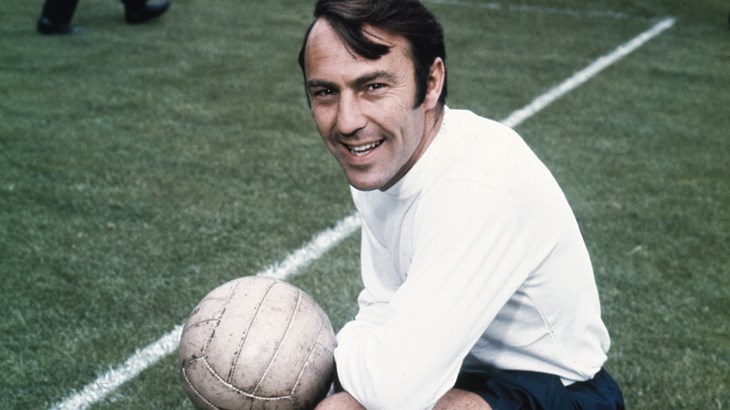 Chelsea and Tottenham Hotspur are two of the biggest clubs in England. The London derby that is played between them is a fierce affair. Fans of both the clubs have immense dislike towards each other. Its hard to imagine a player playing for both these rivals clubs.

Still there are several players who played for both Chelsea and Tottenham, let us have a look at few such players.

Gallas began his career in England with Chelsea, where his defensive partnership with John Terry helped the club to lift their first league title in 50 years. However, in a highly controversial contract dispute with Chelsea in 2006, Gallas was sold to Arsenal. After the transfer, Chelsea issued a statement that Gallas threatened to deliberately score own goals if he was not allowed to leave Chelsea

After spending 4 seasons at Emirates, Gallas joined Tottenham,the move made Gallas the first player to have appeared for Chelsea, Arsenal and Tottenham. He played 61 league games for Spurs and was released from the club in 2013.

In October 1977, Colin Lee left Torquay United to join Tottenham Hotspur for £60,000, making an immediate impact by scoring 4 goals on his debut in a 9–0 win over Bristol Rovers in the Football League Second Division, helping Spurs win promotion at the end of that season.

He stayed with Spurs for 3 seasons before moving to Chelsea, where he spent 7 seasons. Colin Lee was a free scoring forward at Spurs but at Chelsea he became something of a utility player able to play in central attack or as a full back.

Despite being part of the Chelsea squad that won the Premier League in 2004/05, Parker did not pick up a medal as he had made only four appearances.

He left Chelsea in 2005 and after having fairly successful spells at Newcastle United and West Ham United ,he joined Spurs in 2011 for a fee believed to be £5.5 million.

He was voted the club’s Player of the Year in 2012, he left Spurs for Fulham in 2013. He is the latest to join the list of ‘ players who played for both Chelsea and Tottenham’.

Terry Venables started his professional football career with Chelsea, signing for the Blues as an apprentice before becoming professional in 1960. During his time at Stamford Bridge, Venables became captain and led Chelsea to their 1965 League Cup victory – scoring in the final against Leicester.He played 202 league games for the Blues.

Roberts played for Spurs for 6 seasons between 1980-1986, making 209 league appearances as a defender. He was a member of the successful Tottenham Hotspur side of the early 1980s, winning two FA Cups and a UEFA Cup in 1984, scoring in the second leg of the final against Anderlecht, and then scoring his penalty as Spurs won the final on a shootout.

He left Spurs for Rangers in 1986 and after spending two seasons with them, he joined Chelsea. He helped the side emphatically win the Second Division championship in 1988–89. He later moved to West Bromwich Albion, where he played out the remainder of his professional career.

The only one who has played for both Chelsea and Tottenham and also managed both clubs.

Glenn Hoddle developed through the Spurs youth system to become a ‘Legend’ at the club.  His skill, vision and goals were a delight to behold and he was  a member of the successful team of the 1980s, winning FA Cup medals in 1981 and 1982, scoring the goals in the Final and replay win over QPR.

He left Spurs in 1987 and moved to France.  He played for Chelsea on his return to English football and managed them before returning to White Hart Lane as manager.

He was a typical ‘old-fashioned’ English type of centre forward who used to terrorise defenders and goalkeepers. Smith was spotted by Chelsea when playing for Redcar Boys’ Club and signed professional for the London club in 1950. He scored 23 League goals in 74 League appearances.

Despite the fact he never really became established as a regular with Chelsea between 1950 and 1955, Tottenham Hotspur paid £18,000 for his transfer in December 1955.

Smith was an integral part of Bill Nicholson’s famous double winning Tottenham team of 1960/1961 (scoring in the final of the FA Cup), which went on to retain the FA Cup in 1962 (scoring in the Final again) and win the 1963 UEFA Cup Winners’ Cup.

A very skilful player with an outstanding passing ability who could score vital goals,Hazard, signed his first professional contract with Spurs and made his League debut in a 3–0 victory versus Everton on 19 April 1980 aged 20.

He was a member of the team that won the 1982 FA Cup and UEFA Cup in 1984, where his crosses led to goals in both legs of the final of the UEFA Cup against Anderlecht.

In 1985 he joined Chelsea,where he stayed for 5 seasons, but he returned to Spurs towards the end of his career when Ossie Ardiles was manager. Sadly, he`ll go down as somebody who was never really given the chance to flourish wherever he went.

No.1 in our list of players who played for both Chelsea and Tottenham is Guys Poyet. Poyet enjoyed a successful time with Chelsea winning the UEFA Cup Winner’s Cup, UEFA Super Cup and FA Cup in four years at the Bridge. The Uruguayan was vital in the reshaping of Chelsea into a contender for European football.

However, in 2001 Poyet signed for rivals Tottenham and in the 2002 League Cup semi-final tie between the two sides he buried any love left in the Chelsea fans hearts. After being substituted in Spurs’ 5-1 win, Poyet kissed the club’s crest in front of the Chelsea faithful who – not long before – were singing his name.

Poyet spent three years at Spurs before retiring from football.

Jimmy Greaves is regarded as a legend at both the club! He is undoubtedly the best among the players who played for both Chelsea and Tottenham. He was a great striker with a great goal-scoring instinct. He also had great acceleration and pace, as well as great positional skills that led him to score many goals at both the clubs.

Greaves started his career at Chelsea, scoring in his first team debut against Spurs. A further 131 goals followed as Greaves became Chelsea’s highest hat-trick scorer – with an impressive 16.

Chelsea’s poor financial position led the club having to sell Greaves to AC Milan. In 1961 he joined Spurs for £99,999, as Bill Nicholson, the Spurs manager then, didn’t want him burdened with the label of being the ‘first £100,000′ player.

He marked his Tottenham debut with a hat-trick against Blackpool at White Hart Lane.In the same season he played in every round of Spurs’ 1962 FA Cup win and scored the opening goal in the final against Burnley. Greaves went on to become Spurs’ all-time top scorer with 266 goals.