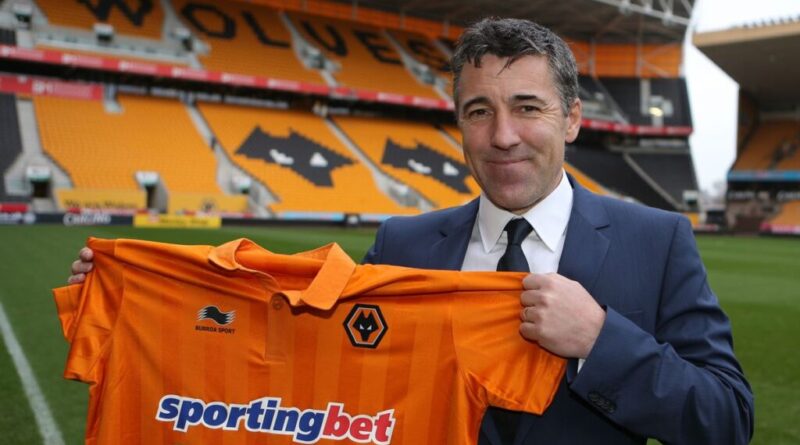 Wolverhampton Wanderers at the moment under Nuno Espirito Santo are doing a good job. The Portuguese have inspired the supporters to dream big. But Wolves reached here after having had their fair share of horrific managers. The club had been drifting up and down the football ladder for some time.

Like most of the clubs, Wolves also have some managers in their history books that the fans would rather forget but are difficult to erase from the memory. Managers like Stale Solbakken, Terry Connor, Tommy Docherty, and Dean Saunders are the most disliked among the fans. In the article below we will discuss the 10 worst wolves football managers ever.

Considering the impact, success(or rather failures), win percentage, and the opinion of the fans, here are the ten worst Wolves managers ever.

Lambert’s time with Wolves was not as bad as other managers on the list but it wasn’t very good either. He was in charge of 33 games out of which his team won 14. Wolves appointed the English manager as their head coach on 5 November 2016. They finished at 15th place in 2016–17 EFL Championship season under him and he was sacked by the club after only 6 months into the job in May 2017. He was the last manager before Nuno Espirito Santo, who changed the course of the club.

After managing the likes of Chelsea, England National Football Team, Southampton, and Tottenham, the English manager joined Wolves on 7 December 2004. Hoddle had a good start to life as a Wolves manager with losing only one of the remaining 25 games left that season but still couldn’t qualify for the playoffs by a margin of 8 points.

After being in charge of the club for only 84 days in which he managed 17 games and won 7 and was in 18th place in the table, the Italian manager got sacked by the club. Before taking the Wolves job Zenga had never managed any English club. His team had a run of 6 unbeaten games at the start but after that, the Wanderers started to lose points.

He was let go by the club on 25 October 2017 after a defeat at the hands of Leeds United and winning only four of the first 14 Championship games of the season.

The English manager spent less than one season with the club. He was in charge of Wolverhampton Wanderers for 20 games in which he won only 5, drew 6, and lost 9 games with a win percentage of 25 %. He took charge in February 1982 when the Wolves team was already in the relegation zone but he was unable to prevent the relegation and was sacked by the club management for more than one reason, one of which was bankruptcy, which followed by Graham Hawkins replacing Greaves in August 1982.