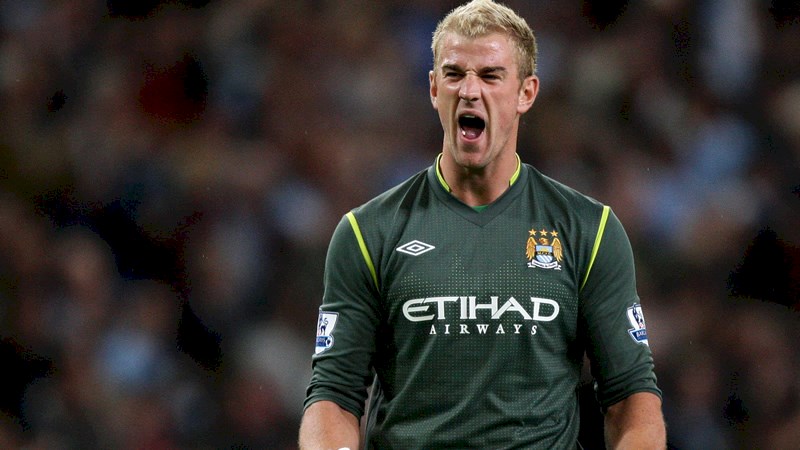 Generally regarded as one of the best goalkeepers of the eighties and nineties, Tony Coton joined Manchester City in 1990. He was bought to the club from Watford by spending  £1 million. He became one of the most expensive goalkeepers of that time to be bought by any British Club.

Tony Coton was allowed to leave the club in 1996. He had played a total of 194 league and cup games for City and although fans were not happy with the manner of his departure (as he left for United) he remains one of the most popular players to have ever pulled on the sky-blue shirt.

Nicky Weaver was signed as an 18-year-old in 1997 for £200,000 from Mansfield Town. Nicky was one of the most popular player and will always have a special place in the Club. He almost spend a decade in Manchester City.

His heroics in the 1999 Division 2 Play-Off Final shootout against Gillingham earned City an immediate return to Division 1 and gave City fans a sense of hope, the likes of which hadn’t been seen for many a year. From then on he was established as City’s Number 1, and he remained so until the 2001/02 season where he fell afoul of injury problems.

He made near about 200 apps for Manchester City before leaving the club in 2007 for Charlton Athletic.

Joe Hart was signed from Shrewsbury in 2006. He spent some time on loans with Tranmere Rovers and Blackpool before commanding attention across the country with his season-long spell at Birmingham in 2009-10.

Voted the club’s Player of the Year, he also won a coveted spot in the PFA Team of the Season, convincing then City boss Roberto Mancini he was ready for the bright lights of the Etihad Stadium.

Back at City for the 2010/11 season, Joe helped City end a 38 year trophy drought with the FA Cup in 2011 and his saves proved crucial in securing a first title in 44 years the following term. Hart added a second Premier League medal to his ever-growing collection in 2014 .

After the arrival of current manager Pep Guardiola in 2016, Hart was sent on loan to Torino FC for 2016-17 season.  He was called back at the end of the season only to be sent on loan again to West Ham for this season.

One of the finest No.1s of all time, the first keeper to captain the Three Lions and the last line of defence for City’s FA Cup winning side of 1934 and title winners in 1937, Frank Swift joined Manchester City in 1932.

He was a daunting prospect for oncoming strikers – brave and strong. He was a giant of a man could able to pick with one hand, his finger span of 29.8cm  which gave him a nick name of “Frying Pan Hands”.

He would go on to miss only one league game from 1933-39 – a run that included 195 consecutive league appearances. In all he made 375 appearances for City before retiring in 1949.

Corrigan joined Manchester City as a youth player in 1966. He made his debut in 1967, in a League Cup match against Blackpool. Joe Corrigan had to fight hard to become the Club’s No.1. after joining from Sale FC in 1966.

Initially Corrigan was an understudy to Harry Dowd. He had to wait until the 1969/70 campaign to establish himself as the Joe Mercer’s first choice goalkeeper. He was part of the Manchester City team which won a cup double of the UEFA European Cup Winners Cup and the League Cup. He was also a member of the 1976 League Cup winning side.

Former Prisoner of War Trautmann made 545 appearances for the Blues between 1949 and 1964 after winning over a nation with his brilliance and bravery. He was excellent in shot stopping especially penalties, he almost saved 60% of it which he faced in his lifetime.

He wrote his name into City folklore when he continued to play during the 1956 FA Cup final, despite breaking his neck in a challenge with Birmingham City striker Peter Murphy, helping ensure the Blues won 3-1.

West Germany’s policy of only selecting home-based players meant that one of their best goalkeepers ever never won a single cap for his country and how sad that his role at the 1954 World Cup was that of a translator for the German squad rather than a player.

He was named Footballer of the Year in 1956, becoming the first foreigner to win the award. Joe Corrigan once said Trautmann was “a fantastic man and was one of the greatest goalkeepers of all time”.

Trautmann died at home in Spain on 19 July 2013 at the age of 89 having already suffered two heart attacks earlier in the year. His memories will always be cherished among City faithfuls.