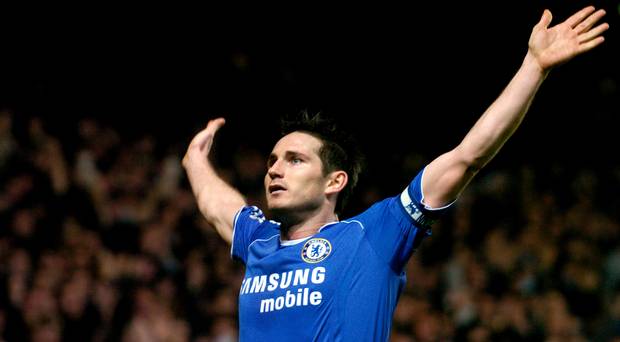 Here is our list of top 15 best midfielders of the Premier League Era!

Mesut Ozil – The Creator, runs the show and is involved in the majority of his side’s attacking play. He is also the chief set-piece taker, heading the queue for free-kicks and corners. He has been one of the best midfielders in the Premier League since his arrival. His vision, defence splitting passes, through balls , ball control and crosses are among Europe’s elite.

He is sometimes criticised for his defensive work-rate ,but he makes up for that with his brilliance on the ball.

Chelsea star Michael Essien was one of the finest midfielders in the world when he was at his peak. Essien was strong, quick and a great reader of the game.

Alonso spent 5 seasons with Liverpool and won the FA Cup and Champions League with them. One of the best midfielders of the Premier League era, Xabi Alonso was one of manager Rafael Benitez’s first signings at Anfield in 2004.

In September 2006, Alonso scored from almost 70 yards out in a league game against Newcastle, having done similarly in a previous F.A Cup tie at Luton. Alonso made a return to Spain by signing for Real Madrid in 2009, for a fee of £30 million, and Liverpool have struggled to adequately replace him since.

Pep Guardiola’s side were on scintillating form last season and one of the major reasons for their superb form was midfielder Kevin De Bruyne. He is undoubtedly one of the best playmaker in world football, if not the best.

De Bruyne averages more than three key passes per game and has a passing accuracy of over 80%, figures that are world-class for an attacking player. Along with David Silva, De Bruyne dictates the play for Manchester City and is their most important player in their squad.

Hazard has been one of the standout performers for Chelsea since joining from Lille in 2012. The Belgian Wizard is the best dribbler in the League. He is the X factor behind Chelsea’s 2 Premier League titles during his time with the club.

He was voted the 2015 PFA Player of the Year and has been included in the PFA team of the year on 4 occasions. He left Chelsea for Real Madrid in the summer of 2019.

Fabregas was a La Masia youth product.He joined Arsenal in 2003. In 2004/05, Fabregas made his Premier League debut, going on to make 33 appearances, as well as helping the Gunners to F.A Cup success. Following the sale of the influential Patrick Vieira in ‘05, the Spaniard became more and more the fulcrum of Arsenal’s midfield. Between 2006 and 2008, Fabregas made almost 35 Premier League assists, establishing himself as one of the divisions’ most creative talents.

He left Arsenal for his boyhood club Barcelona in 2011. After spending 3 seasons with Barcelona,he made a return to the Premier League with Chelsea. After four and a half seasons and two PL titles with Chelsea, he left the club to join Monaco in January of 2019.

The Frenchman was a key member of a Chelsea side that won back to back Premier League titles in ‘05 and ’06, as well as the F.A Cup in 2007; his unfussy, consistent displays at the back of midfield the perfect foil for the attacking talent on show at Stamford Bridge.

For more than a decade Roy Keane was the heart-beat of the Manchester United midfield. He joined Manchester United from Nottingham Forest in 1993 for a then British record fee of £3.75 million. Success came instantly for the combative midfielder in 1993/94, Keane winning the Premier League and F.A Cup with his new club. United were domestically dominant in the early/mid-90’s, and Keane was a mainstay in a side that won back to back league titles in ’96 and ’97, as well as another F.A Cup.

Keane became club captain in 1997, and helped United to the glorious treble of League, F.A Cup and Champions League success two years later. He won the Premier League 7 times, as well as the F.A Cup on 4 occasions.

Ryan Giggs has been a significant figure at United for a quarter of a century now,first as a player then as an assistant coach. Giggs went on to make a staggering 963 appearances for his boyhood club. Of those appearances, 632 were made in the Premier League.

Over this period, Giggs played a huge role in establishing an unrivalled period of success at Manchester United that would see him pick up an unprecedented 13 Premier League winner’s medals, winning his last title in the 2012-2013 season.

Even though Yaya is without a club now, there is no denying that Yaya Toure has been an absolute legend of the game.

Everyone thought That Man City are signing a defensive midfielder from Barcelona who can’t contribute much in attack, but Yaya Toure proved everybody wrong with his display. He scored some great goals for the club,including goals in the semifinal and final of the FA Cup in 2011. He is a tank with great strength and power.He played a huge role in Man City’s title success in 2012 and 2014.

He was named the African player of the year for 4 times in a row between 2012-2015. He left the Manchester Club in 2018, but has done enough to be regarded among the greatest players ever to play for the Citizens.

Probably the most under-rated on this list, David Silva has been a great servant for Man City since joining the club in 2010. Silva has appeared in over 250 matches for City and is in his seventh season at the club. He has won the FA Cup, two Football League Cups and two Premier League titles. He was also voted Manchester City’s player of the season for 2016-17.

David Silva is known for having an excellent first touch, good dribbling skills, and outstanding technical ability, which, along with his intelligent attacking movements, allow him to retain possession in tight spaces, and to create space for himself and team-mates to open up a defence.

One of the most Iconic players to wear the Liverpool shirt, Steven Gerrard made his debut for Liverpool in 1998. He is undoubtedly one of the finest midfielders of his generation. A one-club man, who quickly became a key man in the centre of their midfield for his team. He single-handedly dig Liverpool out of hole in many occasions.

Gerrard became Liverpool captain in 2003, and led the club to Champions League glory in 2005. But domestic success was at a premium, and for two successive summers, he flirted with the possibility of a transfer to the newly Roman Abramovich funded Chelsea. Gerrard remained loyal to his hometown club, however and, in 2005-06, was to experience arguably his finest season, netting 23 goals in all competitions, including a stunning 30 yard strike in the F.A Cup Final.

Steven Gerrard moved to LA Galaxy in 2015,where he stayed for a season before retiring from football. He is now back at Liverpool having taken a coaching role. He features in our list of greatest Liverpool players ever.

Patrick Vieira was a complete midfielder. He was strong, good in the air, great tackler, box-to-box player and he even had an eye for goal. He joined Arsenal in 1996, Vieira took the armband for the 2002/03 season. After dramatically losing out on the Premier League title to Manchester United, Arsenal bounced back in devastating style. Vieira enjoyed arguably his finest ever Premier League season as the Gunners reclaimed their trophy, remaining undefeated along the way. While Thierry Henry took the plaudits with his 30 goals, Vieira was just as influential from the centre of midfield.

The most decorated player in Premier League history, bar one, Paul Scholes is rated by many as the best midfielder of his era. Blessed with wonderful passing and vision, Scholes was lauded as one of the world’s finest midfielders as the decade came to a close.

He was a key member of United’s famous treble winners in 1999, though missed the Champions League Final through suspension.As well as 3 F.A Cups, Scholes has won the Premier League on 10 separate occasions – bettered only by long-term club mate Ryan Giggs.

He is undoubtedly one of the greatest ever to play for Man Utd as well as in the Premier League.

The highest scoring midfielder in Premier League history, Frank Lampard made his debut for West Ham in January 1996 following a brief loan spell at Swansea.

Lampard was very close to signing for Leeds, to join his former club-mate Rio Ferdinand, in 2001, but instead moved to Chelsea for a fee of £11m. A real box-to box midfielder, with a knack of getting into goal scoring positions, he missed just one league game in 2001/02, but was an ever-present in the following two campaigns. Lampard reached double figures for the first time in 2003-04, which included two superb 25 yard strikes against Wolves, and helped Chelsea to a 2nd place finish behind unbeaten Arsenal.

A Ballon D’Or runner up in late 2005, Lampard helped Chelsea to back to back league titles, scoring 16 league goals and winning the Premier League player of the season award for the second successive time.

Lampard netted in two finals, the Champions League defeat to Manchester United in 2008 and the F.A Cup win over Everton the following year, and in 2009/10, he scored 22 and made 17 as Chelsea won their third league title. In 2012, he captained Chelsea to Champions League glory in the absence of the suspended John Terry.

He left Chelsea and Joined New York City in 2014 and was brought back in the Premier League on loan by Man City. He joined a decent trophyless season at Man City, finishing 2nd in the League. He went back to New York City in the next Summer.

He announced his retirement from football on 2nd feb 2017. He was appointed the new Chelsea manager on July 4th, 2019. He will always be remembered among greatest Chelsea legends.

It concludes our list of best midfielders of the Premier League era.