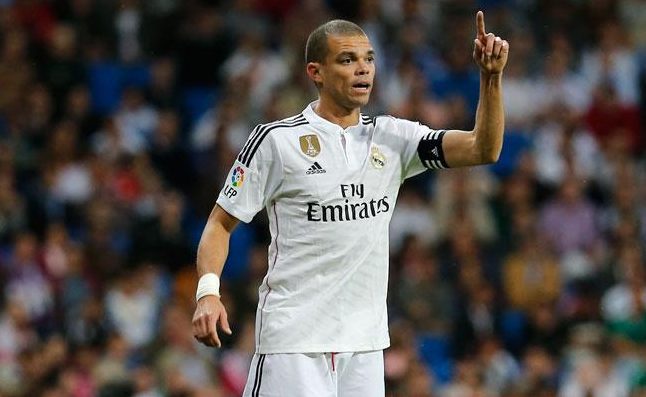 There is a fine line between being agressive and being dirty on the field of football.While most footballers don’t cross the line,but there are certain footballers who didn’t seem too hesitant to cross the line and went with the heat of the moment.Let us have a look at ‘ Top 10 Dirtiest Footballers Ever ‘.

The Dutch international has left his mark on a number of players. During his time at Man City, De Jong broke the fibula and tibia of Hatem Ben Arfa in a sickening challenge which left him requiring oxygen as he was stretched off. The Dutchman also broke Stuart Holden’s leg in a friendly match, and most famously karate kicked Xavi Alonso in the chest in the 2010 World Cup Final.He is one of the ‘Dirtiest Footballers Ever’.

Manchester United’s legend,Paul Scholes is known for his amazing range of passing and his long-range goals, but he’s also famous for his inability to tackle. While most people laugh it off, they really shouldn’t, as the Manchester United legend has seriously endangered some fellow professional’s livelihoods.

Real Madrid’s central defender Pepe is prone to moments of madness..Who can forget Pepe’s intentional stamp on Messi’s hand during the extra spicy El Clasico in Jan 2012, for which manager Jose Mourinho forced him to issue a public apology.

To make matters worse, Pepe also has a tendency to dive, which immediately negates any “tough man” image and further harms his reputation.

Famous, or infamous depending on your outlook towards headbutting, for provoking Zidane and getting himself in trouble in the 2006 FIFA World Cup final, Materazzi is one footballer who has never divided opinions – he is unanimously hated.

He picked up a staggering three red cards and 12 yellows during his lone year at Everton, and one of his dirtiest plays was a brutal elbow to the head of Juan Pablo Sorin during a Champions League tie. He may have won a lot in his career, but he did not win over many fans or opposing players during his career, just ask Zidane.

Barton has evolved into a character over the years, with many now laughing at his comments on Twitter. Whilst he can be entertaining, Barton has also developed a reputation as a dirty player and some of his actions have not been quite so humorous.

An extremely ugly challenge on Sunderland midfielder Dickson Etuhu, whilst representing Newcastle in the Tyne-Wear derby, was a particular low point; while Liverpool fans will find it hard to forget Joey’s not-too-pretty demolition of Xabi Alonso.Not to forget picking up a 12-game suspension after he went on a tirade by elbowing Carlos Tevez, kicking Sergio Aguero and attempting to head-butt Vincent Kompany in the last game of the 2011-12 Premier League season.

Lee has a sensationally bad disciplinary record in the Premier League. 70+ yellow cards and 7 reds have set the Sunderland midfielder on the way to setting an unmatchable record in the top flight.

Cattermole’s brief Premier League career—encompassing stints at Middlesbrough, Wigan and Sunderland—has seen him emerge as one of the league’s most foul-prone players.

Jones is the record holder for the fastest red card in the top division, from when he clattered into Sheffield United’s Dane Whitehouse after only three seconds.

Jones was notorious for his reckless challenges and dirty play. This of course includes grabbing Paul Gascoigne by the testicles, in what has become one of the more famous photos in English football. Many love him, many hate him, and Jones certainly embraced his reputation as one of the “bad boys” of the league.

Mark Van Bommel was certainly a player that was not scared to put in a questionable challenge or do whatever it takes to win, but he could also be classified as a winner. Over the years he put in countless late tackles, elbow checked opponents, grabbed their private parts and he was also famous for time-wasting. It was never pretty with Van Bommel but it was often effective, however it was also often reckless, devious and dangerous.

Roy Keane was a wild passionate player.There are dozens of altercations, but the most notable is Keane’s horrendous challenge on Alf Haaland, which effectively ended his career. After Keane suffered a season ending injury at the hands of Haaland, he sought revenge and went in wildly high on a tackle which left the Norwegian in a heap on the turf. Keane admitted in his autobiography that it was an act of vengeance.

AC Milan and Italy legend Gennaro “Rino” Gattuso was one of those players who used to tread the fine line between dangerous and passionate, and more often than not cross the aforementioned line. Gattuso’s commitment and fierceness is stuff of legend, but there were times when the old warhorse overstepped the line and became a dirty player.

Nicknamed “The Rhino” for his bullish, often brutish, brand of defensive play, he is certainly a committed and passionate individual who, in the midst of the last decade, found his place at the pinnacle of world football.

Who can forget his iconic fight with Spurs assistant coach Joe Jordan in the 2011 Champions League match between AC Milan and Spurs. Gattuso first manhandles Joe Jordan, and then later headbutts him, for which he received a 4-match ban from UEFA.

3 Greatest Players Ever Of The Current Premier League Clubs