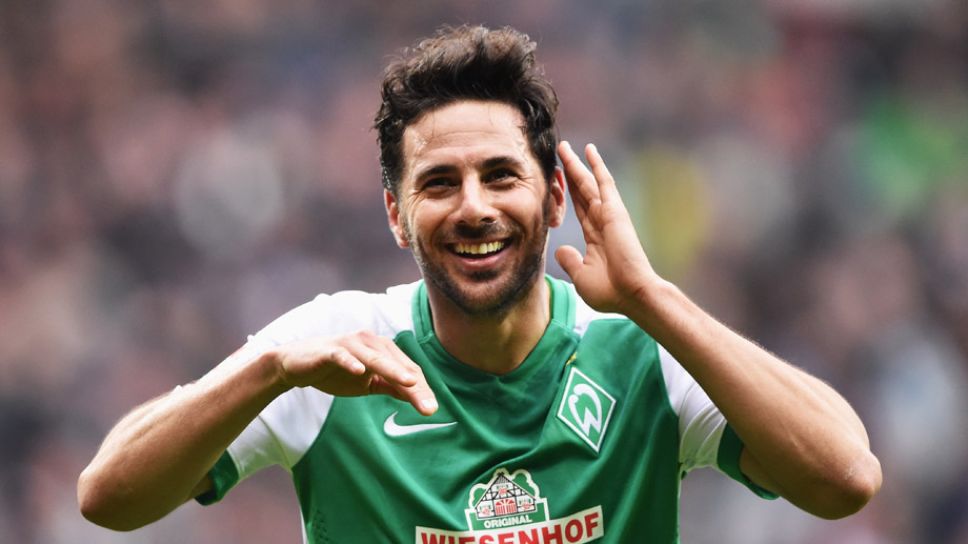 With the success of German national team and German clubs in the European competitions, Germany’s top division ‘Bundesliga’ is now gaining popularity and viewership all over the world. Bundesliga started in 1963 and since then many great goalscorers have plied their trade in this league.Today we are going to have a look at all time Bundesliga top scorers.

Here are the Top 10 All Time Bundesliga Top Scorers –

Hannes Lohr was a German striker who almost spent his entire professional career with 1. FC Köln. The striker scored 166 top division goals for 1. FC Köln more than any other Köln player.

He sadly passed away last year.

Klaus Allofs was a prolific goalscorer for club and country. He amassed Bundesliga totals of 424 games and 177 goals over the course of 15 seasons representing Fortuna Düsseldorf ,1. FC Köln and Werder Bremen.

German striker Dieter Müller spent most of his career with 1. FC Köln. During his time with 1. FC Köln he set a Bundesliga record for the most goals scored by a player in a single match when he scored 6 goals against Werder Bremen.

Overall, he scored 177 goals in the West German top flight in 303 games.

Stefan Kuntz was a German international whose playing career lasted from 1983 until 1999. In Bundesliga , he played for VfL Bochum, Bayer 05 Uerdingen, 1. FC Kaiserslautern and Arminia Bielefeld. He made 449 appearances and scored 179 goals in the process.

He was one of the first East German footballers to enter the Bundesliga after the German reunification. In the  Bundesliga he played 350 matches for Bayer Leverkusen and scored 182 goals

Pizarro is the Bundesliga’s leading foreign-born goalscorer with 191 goals in 430 games. Although he is a club legend at both ; Werder Bremen and Bayern Munich ,Bremen is a club that now hold special places in Pizarro’s heart.

After initial struggle, Pizarro adapted to life in Germany so well that he earned a move to Bayern Munich in 2001, where he played until 2007, before returning for a second stint between 2012 and 2015.

Legendary German “oldtimer” Burgsmüller was one of the best scorers in history of Bundesliga, despite playing for a larger part of career in midfield. He had good technique and ball control. Playing in midfield for Borussia could not stop him from becoming the club’s record goalscorer.

Apart from Dortmund,he also played for a number of clubs. Most notably for Werder Bremen ,where he spent the final five seasons of his career.

Heynckes started his professional career in 1964 with his hometown club Borussia Mönchengladbach who were then in the second division. In 1965, the club, managed by the legendary Hennes Weisweiler, achieved promotion to the Bundesliga,with the teenaged striker scoring 23 goals in 25 matches in his debut season.

He left the club for Hannover 96 in 1967 but returned after three seasons and went on to spend 8 more years with his hometown club. Heynckes played 369 matches in the Bundesliga, scoring 220 goals.

He made 45 appearances for the Germany national football team from 1977 to 1982 and scored 32 goals. He appeared in two World Cups and was a World Cup runner-up in Spain in 1982.

Gerd Müller is unarguably one of the greatest strikers to grace both German and international football. He joined Bayern in 1964, turning down offer from TSV 1860 Munich because he thought they had many superstars in their team and he may struggle to find a starting spot in the team.

On international level ,he played 62 games for West Germany and scored 68 goals.