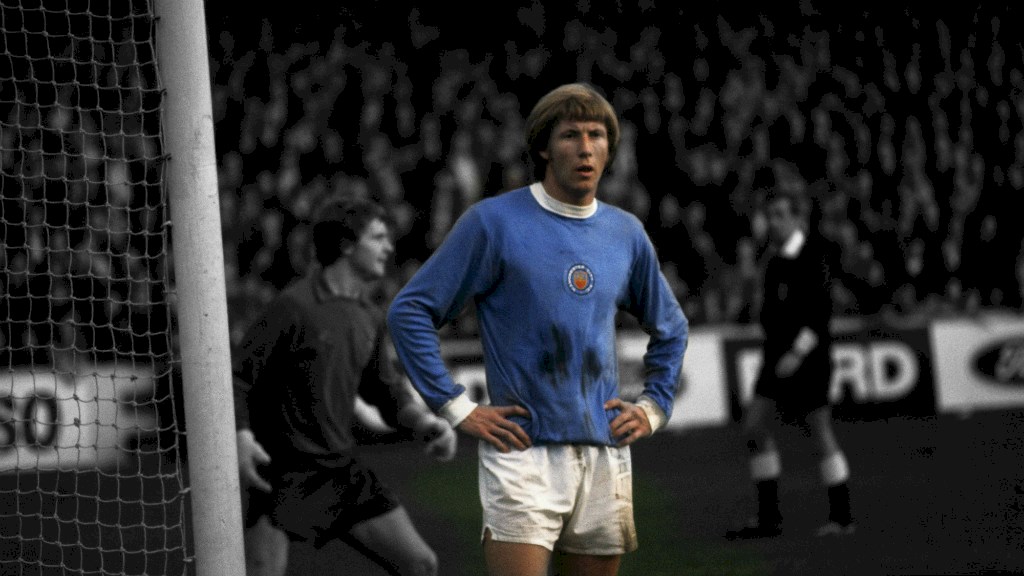 Since their foundation in 1880, Manchester City has been the home to many great players. Some of these players spent a short spell here while some stayed here for their entire playing career. Today in this article,we are going to have a look at the 10 players with most appearances for Manchester City.

Scottish left-back Willie Donachie began his playing career with Manchester City in 1968. He made his first team debut in 1970 and quickly established himself in the team. He helped Manchester City to two League Cup finals, winning one and losing the other. After spending 12 seasons with the club, Willie was transferred to the North American League club Portland Timbers, in March 1980, for,£200,000. “

Manchester born Paul Power was a versatile left-hand sided player who went on to become one of the most popular players ever to play for Manchester City. He had been a City fan since he was a boy and originally signed for the club as an amateur in August 1973 . He was a part of the squad that won the League Cup in 1976 , though he missed out on selection for the final.

It wasn’t until the following 1976/77 season that Paul really established himself in the side. He was voted Manchester City’s player of the year award twice in 1981 and 1985. He played in 444 games for the team scoring 36 goals before transferring to Everton in 1986.

He would go on to spend a decade at Maine Road, helping City to the second division title in his first season. He would go on to be part of the side that beat Manchester United to the title in 1968 and also played a crucial role in winning the FA Cup a year later.

He missed the European Cup Winners’ Cup final in 1970 due to injury, but was a key figure in the team that won that trophy and the League Cup that season.

Tommy Booth began his career with Manchester City, signing amateur forms in 1965, turning professional in 1967. He made his debut on 9 October 1968 in a 1–1 draw at home to Arsenal and thus became a part of the 1967-68 League title-winning team of Manchester City.

He soon established himself and played in the centre of defence, winning FA Cup, European Cup Winners’ Cup and two League Cup winners’ medals. He played 487 times for City between 1968 and 1981, scoring 36 goals.

Brook is regarded as one of the finest players to have graced the English game and has been inducted into the Manchester City FC hall of fame. He is also Manchester City’s record goalscorer with 177 goals.

Brook cut a powerful figure and was physically imposing and strong. He possessed one of the most powerful shots of his era and would regularly thump home penalties with venom. Brook quickly became integral in City’s side, scoring 14 goals in 42 league appearances during his first full campaign at Maine Road and achieved double figures in goals during his first five seasons, rarely missing a game.

City lifted the FA Cup in 1934 with Brook assisting the winning goal for Tilson and were crowned champions of England in 1937,for the first time in their history. He played three games of the 1939/40 season before World War 2 meant the league was suspended. Though he made a handful of wartime appearances in 1939, a car crash left him with a fractured skull and, unable to head the ball again, he retired at the relatively young age of 32.

Not only was Bell perhaps the most complete footballer, he also showed an amazingly high level of fitness and stamina. In his first season at the club he played in every single one of City’s 50 League and Cup games.

By the start of the 1967/68 season, City were on the verge of once again being a major force in English football. The arrival of Francis Lee in October proved the catalyst that powered the Blues to their first Championship since 1937. At the heart of this team was Colin Bell and his contribution to the team was immeasurable.

In 1976-76 season,Martin Buchan’s mistimed tackle on Colin Bell damaged his knee so serious it effectively meant his playing days were over. He was still only 29 and proved an enormous loss not only to City but also to the national side. Despite enormous efforts by the player himself and the medical staff at Maine Road, Bell was eventually forced to retire in August 1979.

Manchester City signed Bert Trautmann from St Helens Town in October 1949, . The club’s decision to sign a former Axis paratrooper sparked protests and 20,000 people attended a demonstration. However with the passage of time, he gained acceptance through his performances in the City goal, playing in all but five of the club’s next 250 matches.

He was voted FWA Footballer of the Year in 1956. Trautmann became immortal in the history of Manchester City with his performance in the 1956 FA Cup Final. With 17 minutes of the match remaining, Trautmann suffered a serious injury while diving at the feet of Birmingham City’s Peter Murphy. Despite his injury, he continued to play, making crucial saves to preserve his team’s 3–1 lead.

Francis Lee, another Manchester City legend, said once: “He was one of the all-time great keepers and a broken neck was not going to put him off.” Trautmann played for Manchester City until 1964, making 545 appearances.

Mike Doyle was  very passionate about his beloved Manchester City. The fiercely loyal, jaggedly combative Mancunian, who contributed mightily during the most successful interlude in the Blues’ history to date – under Joe Mercer and Malcolm Allison in the late 1960s.

Ashton-born Doyle played for Stockport Boys as a junior, joining Manchester City in May 1962. At youth level Doyle played, at right back, but after breaking into the first team he was used in a number of roles. He made his senior debut against Cardiff City in March 1965, playing wing-half, which was followed by a number of appearances as a forward. However, most of his appearances later in his career were in central defence.

Corrigan began his career at Manchester City making his professional debut in 1967. In the 1969–70 season, he established himself as the first choice ‘keeper at Maine Road, taking over from the ageing Harry Dowd. He spent 16 seasons at Manchester City while also earning nine England caps.

Corrigan was part of the Manchester City team which won a cup double of the UEFA European Cup Winners Cup and the League Cup in 1970. He was also a member of the 1976 League Cup winning side. He was voted Manchester City Player of the Year thrice in 1976, 1978 and 1980. Corrigan left City for Seattle Sounders in 1983.

Alan Oakes currently holds the honour of being both Manchester City’s most decorated player and their top appearance maker over his seventeen year stay with the club. Oakes blossomed under the guidance of Joe Mercer and Malcolm Allison to become one of the key figures of the City side during their most successful period.

His final City appearance came at Old Trafford on 4th May 1976, Oakes came on as a substitute for Mike Doyle in a 2-0 defeat. The great Liverpool manager Bill Shankly described him as “exactly the kind of player youngsters should use as a model”.  Oakes was inducted into the Manchester City Hall of Fame in 2005.