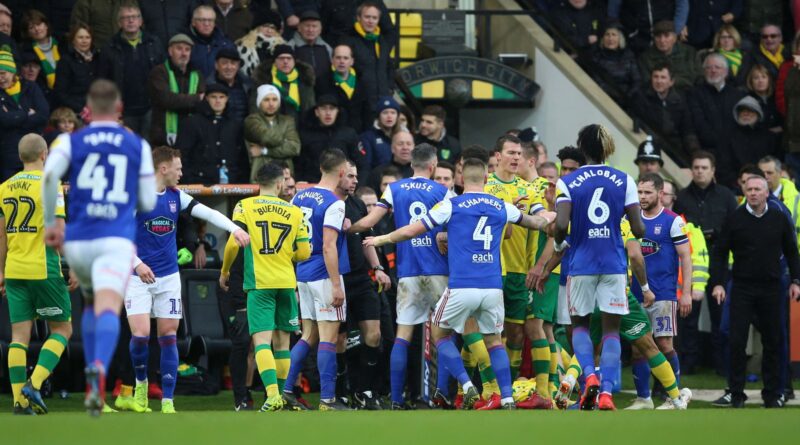 Sports won’t be the same without rivalries. Rivalries spice up things a bit and make the games more interesting. Even in football, we get to see a lot of rivalries between the clubs. The matches between two rival clubs are full of an electrifying atmosphere. In this article, we will have a look at some of the biggest rivals of Norwich City.

The 2019 study, which was named ‘The League of Love And Hate’, was carried out with tens of thousands of football fans responding to it, to find out the biggest rivals of England’s top clubs. Here are the five biggest rivals of Norwich City from that list.

Twenty-three per cent of Norwich City fans voted Middlesbrough as their rivals. However, Middlesbrough fans do not see Norwich in their top five rivals. The clubs have met 57 times, with Norwich winning 22 games, compared to Middlesbrough’s 21.

Thirty-three per cent of Norwich Fans consider Leeds to be a rival. The dislike is not mutual as Leeds fans do not consider Norwich among the top five rivals. The clubs have met 60 times, with Norwich winning 20 games in comparison to Leeds’ 24.

Forty per cent of Norwich fans consider Wolves to be a rival. Wolves fans do not Norwich among a top-five rival. Norwich City does not have a very good record against the Wolves, which may have resulted in Norwich fans seeing Wolves as a rival. Norwich only won 14 of the 63 games played between the two, while Wolves have won 32 of them.