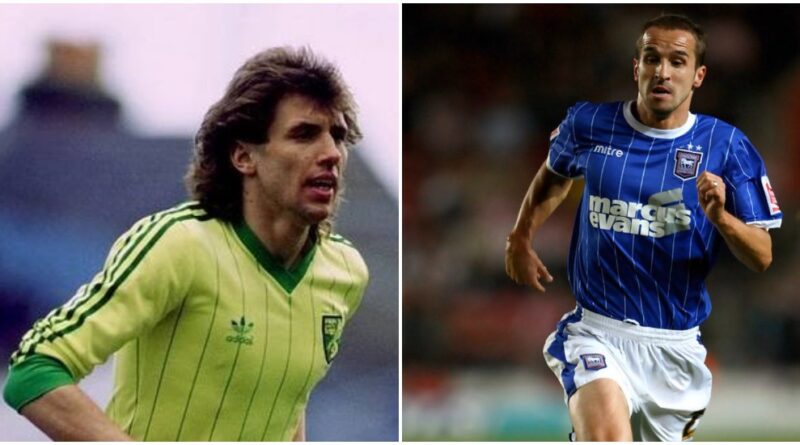 Norwich City and Ipswich Town have been rivals for a very long time. Their rivalry goes back as far as 1939 when the derby was first played. Matches played between the two are termed East Anglian Derby. It is one of the fiercest rivalries in England. Many good players have played for the two clubs and some of the players have also played for both of these clubs at different times.

It is not very common that players go on and play for their arch-rivals and it is always very difficult for the players due to the hatred they get from the fans, especially when returning to their former home ground. In this article, we are going to list down the 10 best players who played for both Norwich City and Ipswich Town.

Here are the ten best players who played for both Norwich City and Ipswich Town.

David Wright played as a defender and midfielder during his playing career. He started his career in the third tier of English football with Crewe Alexandra. He then moved to Wigan Athletic in 2004, from where he was sent on loan to Norwich City on a one-month deal. Wright played five games for the Canaries before returning to Wigan.

The very next season he returned to East Anglia to play for Ipswich Town for a fee of around £200,000 on a three-and-a-half-year deal. In his first campaign with Ipswich, he scored only one goal which was against his former club Norwich City in a 1-1 draw. He played a total of 128 games for Ipswich and scored 5 goals.

Louie Donowa played as a winger for many different clubs and also played for England U21. He made around 400 appearances for club and country in his entire career.

Donowa kicked off his professional career by signing for Norwich City in 1982 at the age of 18 years. He made 81 appearances for Norwich City, scoring 15 goals. Donowa won the FA Youth Cup in 1983 with Norwich City Youth team and he also was part of the team that won the League Cup in 1985.

After a loan spell at Stoke City and 3 years in Spain with Deportivo de La Coruña, he returned to England in 1989 to play for Ipswich Town. He spent one year with the Tractor Boys, playing 30 games and scoring 2 goals.

Alan Lee started his career with Aston Villa. He played for various clubs before signing for Ipswich Town from Cardiff City in January 2006. The striker performed very well in the first season, finding the net 17 times in 44 games. After playing a total of 109 games and scoring 34 goals, the Irish international moved to Crystal Palace from where he was loaned out to Norwich City in March 2009 for the remaining season.

He scored 2 goals in 7 games he played with the Canaries. He then returned back to Selhurst Park from where he was transferred to Huddersfield Town, there he spent 3 years and decided to end his career with Ipswich Town, so he returned back there in July 2013 as part of the club’s academy staff but was signed on a non-contract basis as a player while still retaining the coaching position but was forced to retire in 2014 due to a knee injury. 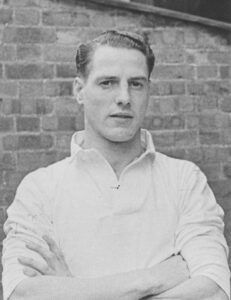 The English inside-forward started his career when he joined Sheffield Wednesday. He joined the club as an amateur in March 1936 turning professional the following month. He also served for six years with the Royal Artillery before joining Luton Town in 1946 and then Norwich City in January 1948.

Allenby Driver scored 19 goals in 49 league appearances for the Canaries before joining Town for £3,000 two years later. He spent two years with Ipswich Town, appearing in 85 league games and scoring 25 goals in that time. He is one of the best players who played for both Norwich City and Ipswich Town.