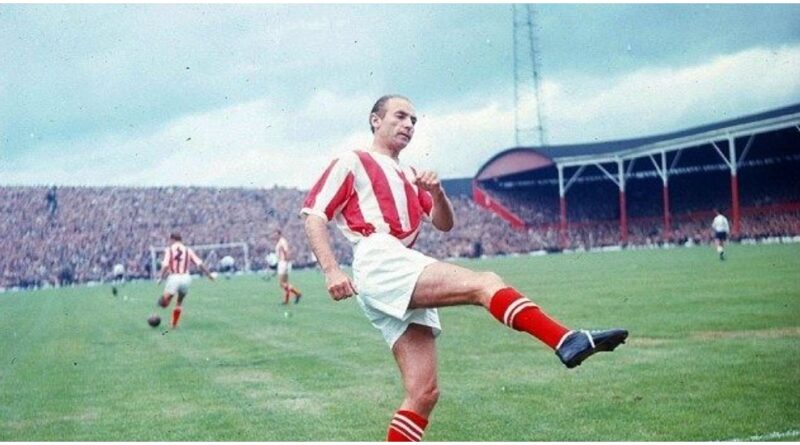 Even though the club has not achieved some monumental success when it comes to trophies, many great players have played for the club. In this article, we will have a look at some of the greatest Stoke City players ever, who left an everlasting impression on the minds of their fans.

Considering the impact on the club, loyalty, longevity, fans opinion and achievements, here are the ten greatest Stoke City players ever.

Ryan Shawcross came through the youth ranks at Manchester United, but didn’t feature for them before moving to Stoke on loan in 2007. He joined permanently a year later and went on to make more than 450 appearances for the club.

Shawcross was handed the captaincy by manager Tony Pulis ahead of the 2010–11 season. With Faye drifting out of the team, Robert Huth became Shawcross’s defensive partner and the team reached the 2011 FA Cup Final, finishing runners-up to Manchester City.

The run to the final also meant that Stoke entered the UEFA Europa League in 2011–12, and they reached the round of 32 losing to Spanish team Valencia. Shawcross continued to be a regular under Pulis in 2012–13 and then under Mark Hughes in 2013–14 which saw him win the player of the year award.

He played for the club till 2021, when his contract was mutually terminated owing to persistent injuries. In total, he spent 14 years with The Potters.

Frank Bowyer was one of the finest footballers of his generation never to win an England cap. Standing between the unassuming local boy and international recognition was the proliferation of exceptionally talented inside-forward.

At club level, though, Bowyer was a star in his own right, a craftsman who could create and score goals with equal facility. He was renowned for devastatingly accurate long-distance distribution, a savagely powerful shot and a certain grace of movement which delighted the eye.

A one-club man throughout his League playing career, he served the Potters for more than two decades, making 436 senior appearances and netting 149 goals, three short of Freddie Steele’s Stoke record. He is, undoubtedly, one of the greatest Stoke City players ever.

Ritchie was a typical English centre forward of his time, six-foot-tall, 12 stone (75kg) in weight, strong on the ground, powerful in the air. He was signed by manager Tony Waddington from non-league Kettering Town in 1963 for £2,500.

He was surprisingly sold by Tony Waddington to Sheffield Wednesday in November 1966 for £80,000. After he scored 45 goals for Wednesday in three seasons Waddington decided that selling Ritchie was a mistake and re-signed him for £28,000. He continued to be a prolific goalscorer for Stoke City and helped them win their first major trophy, the 1972 Football League Cup and reach two FA Cup semi-finals.

In September 1974 at Ipswich Town, in a collision with Kevin Beattie, Ritchie severely fractured his leg, virtually ending his career, though he did play briefly for non-League Stafford Rangers.

He scored 171 competitive goals for The Potters, the most ever by a Stoke City player. And he achieved that historic feat in only 332 competitive starts – a ratio better than one goal in every two games, and all scored as a top-flight player.

The 1960s and 1970s were undoubtedly one of, if not the, most successful period in Stoke City’s history. Tony Waddington was appointed as first-team manager in 1960 and masterminded almost two decades of continuous success at the Victoria Ground, which included winning the Second Division title in the 1962/1963 season, reaching two consecutive FA Cup finals in the early 1970s and winning the League Cup in 1972 – the club’s only major trophy to date.

However, within every successful team, there is always an unsung hero – an individual who may not receive the same amount of recognition and plaudits as some of their attacking counterparts, but who are equally as important on the pitch. For Waddington’s Stoke team of the 1960s and 1970s, this role was filled by Eric Thomas Skeels, who would go on to become the club’s all-time record appearance holder, playing 597 competitive matches across an 18-year career at the Victoria Ground.

Although he began his career as an inside-forward Skeels became something of a utility player and was used in every outfield position during his career with The Potters. However, it would be as a defender, half-back and defensive midfielder that he would make his name in the professional game.