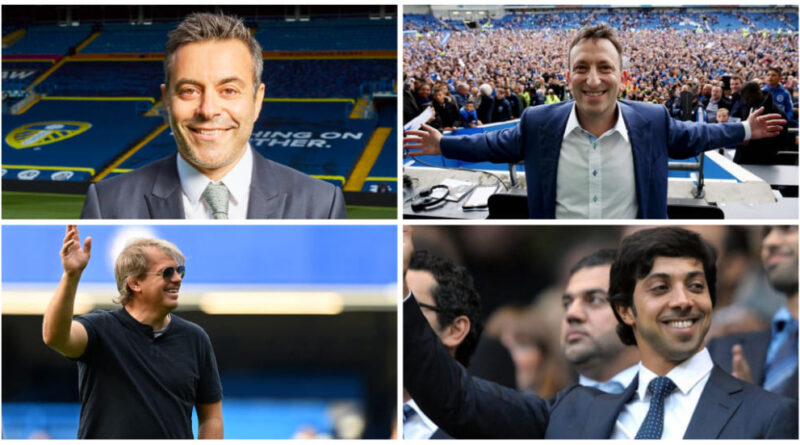 Sawiris replaced Tony Xia as Villa’s owner in July 2018 when he bought a 55 percent controlling stake in the club. He is from one of Egypt’s wealthiest families and owns numerous construction, engineering and building companies.

Pakistani-American billionaire businessman and sports tycoon, Shahid Khan purchased Fulham in 2013. He is currently the fifth richest owner in the Premier League. Under him, Fulham has been through three relegations and three promotions under eight managers in nine years.

Mansour completed a takeover of the club in 2008 and has poured huge investment into the club. Since he became the Man City owner they have won five Premier League titles. He is chairman of the International Petroleum Investment Company and also has a stake in Virgin Galactic. He also owns the Abu Dhabi Media Investment Corporation.

Newcastle was bought by an arm of the Saudi Arabian government in 2021. The £300m deal was funded by the country’s Public Investment Fund, which was seen as separate from the state, finally allowing the bid to go through. They are backed by the crown prince of Saudi Arabia, Mohammad Bin Salman, and are set to make massive investments in the years to come.

Ranked: 50 Best Stadiums In The UK