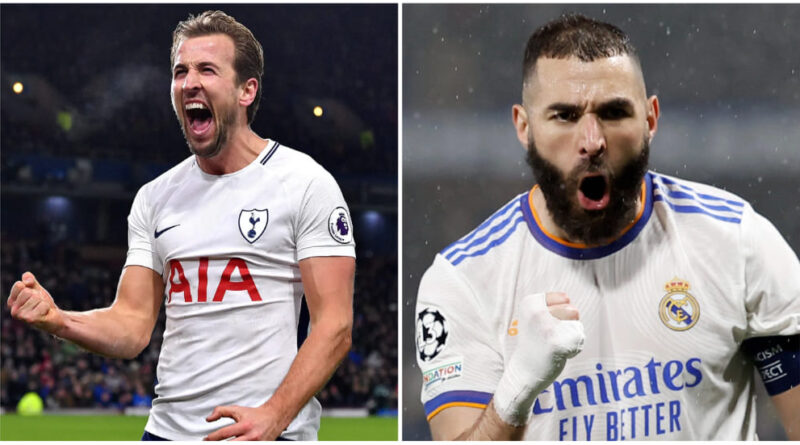 Strikers are always under the spotlight and rightly so, as they are responsible for the most exciting part of a football match – goal. Every day we see strikers making the headlines on the front of the newspapers. There are many great strikers present in the world at the moment and let us have a look at some of the best strikers in the world right now.

Here are the 15 best strikers in the world right now based on performances over the past couple of seasons.

Lukaku had a great 2020-21 season with Inter but his performances with Chelsea in 2021-22 were poor. He could only manage 8 PL goals in 25 outings. Having returned to Serie A ahead of this season, we can expect to see the best of him again.

Fulham striker Mitrovic is in fine form right now. Last season, he scored 43 goals in the Championship, helping his team to the league title and earning promotion to the Premier League. He has made a great start to his 2022-23 Premier League campaign by scoring a brace against title contenders Liverpool on the opening day of the season.

Jota has been a great signing for Liverpool. Formerly a hard-pressing winger, the Portuguese has become a deadly centre-forward for the Kopites. He scored 21 goals in all competitions last season, showcasing his abilities. However, he will have to face competition from Darwin Nunez this season for a place in the starting eleven.

Schick was truly instrumental for Bayer Leverkusen in the Bundesliga last season, scoring 24 goals in just 27 games. Big, quick and possessing an eye for the audacious, the Czech striker is one of the best players in Germany right now.

Martinez has been delivering the goods for Inter Milan over the past couple of seasons. A lethal and powerful finisher with both feet, the Argentine is also tremendous in the air, where his exploits have helped revive Inter’s slowing Serie A pulse. Argentina will have high hopes on him going into the 2022 FIFA World Cup.

Aubameyang scored 11 goals in 17 La Liga matches after signing for Barcelona in January 2022. He uses his pace very effectively, pinning defenders down and regularly leaving them trailing in the wake of his bright boots. It will be interesting to see how he plays alongside Lewandoski this season.

Immobile is one of the best strikers in the world right now. He has the ability to score goals by the head as well as by feet. Immobile is well-known for his attacking runs and creating space. He likes to press the opponents when not in possession. Two great feet, a superb leap in the air and the versatility to play anywhere across the front three make him a real handful for any defence in the world.

At over 6ft 2in, Vlahovic is very much an out-and-out striker and somebody who can play as a target man. He joined Juventus in January 2022 amid interest from some of the biggest European clubs. His performances over the last 18 months have been excellent, it will be interesting to see how he fares at Juventus.

We have finally included Ronaldo in our list of strikers as he regularly lines up front for Man United. The 37 years-old is still one of the best players in the world. He is still pushing himself everyday to bring the best out of himself. He may not necessarily be as explosive to watch, as he watch in his earlier years, but he has done what he needed to do to survive at the top of the game, and the numbers speak for themselves.

Kane soared from Tottenham reserve to becoming one of the best strikers on the planet since 2014. Finishing is Kane’s standout attribute, but he’s also a brilliant passer who often drifts into deeper areas to pick up possession and bring teammates into play. Although, he isn’t the quickest, he’s an expert at finding half a yard of space in and around the penalty area.

From relative nobody to one of Europe’s big things in a couple of seasons, the Norwegian’s explosive bursts and formidable finishing earned him the tag of one of Europe’s biggest prospects. The new Manchester City recruit is ready to take on the Premier League. He’s rapid, beefy, and can find the corner of the net and has a habit of delivering when it matters.

Formerly a winger, Kylian Mbappe was extensively deployed as a centre-forward for Paris Saint-Germain during the 2021-22 season. The French forward was voted the best player in the league and his numbers prove so. He scored 39 goals and provided 26 assists in all competitions last season.

Karim Benzema is ageing like a fine wine. He scored 44 goals in all competitions last season, helping Real Madrid to the Champions League title. Over the years, his scoring rate has been phenomenal for the capital club. The French forward is now the second-highest goalscorer in Real Madrid history with 323.

A complete forward, who epitomizes everything and anything you’d want from a striker in your side, the Pole is insanely consistent. He bags goals, goals, and more goals, goes on crushing scoring rampages, and also acts as the perfect foil to bring his teammates into play. Lewandowski has recently moved to Barcelona, and it will be interesting to see how he performs there. The 34-year-old remains one of the best strikers in the world right now.

5 thoughts on “15 Best Strikers In The World Right Now”