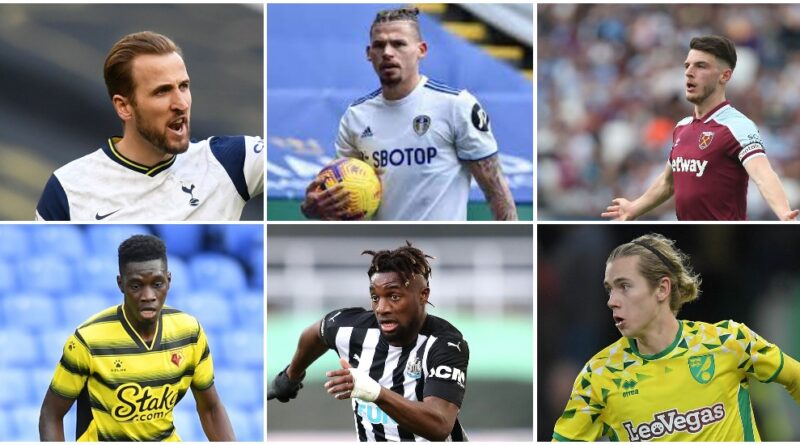 Premier League is the most-watched football league in the world. It features some of the world’s best footballers and managers. The players in this league are often valued in millions. In this article, we will rank the most valuable player at each Premier League club.

Here are all the 20 EPL clubs ranked according to the most valuable player at each Premier League club. The value of the players is taken from transfermarkt.com and is based on aspects like age, performance, contract, potential, ability, success, and demand.

Senegalese international Ismaïla Sarr is the most valuable player of Watford. He joined the club from Stade Rennais in 2019. He ended as Watford’s top scorer for the 2020–21 season, scoring thirteen goals. Watford fans will hope for a similar performance in the Premier League too.

Norwich City’s most valuable player this season is midfielder Todd Cantwell, followed by Max Aarons. He impressed during his time in the Championship and as a result, few clubs are keeping tabs on him. Norwich will hope to keep him at the Carrow Road.

James Tarkowski has been one of the best defenders in the Premier League over the past couple of seasons. He has been rock solid in the back for Burnley. His estimated market value is €25m, which is the highest in Burnley’s squad.

Aside from a brief loan spell at Bristol City in 2013, Dunk has spent the entirety of his career at Brighton, with whom he turned professional in 2010. He became the club’s captain from the 2019–20 season. Since his Premier League debut in 2017, Dunk has scored 11 goals making him the top-scoring centre-back of the current time.

Ivan Toney signed for Brentford in 2020 and helped the club to a Premier League promotion. He set the record for most goals scored in a Championship season, with 31 in the 2020–21 season. It will be interesting to see how he adapts to the Premier League.

Saint-Maximin is Newcastle’s talisman. So many times this season they’ve relied on him for moments of magic. And so many times he’s delivered. It’s not just about the pace, his finishing has improved as well. There are multiple clubs keeping tabs on him. However, Saint-Maximin is contracted to St James’ Park till the summer of 2026, so the Magpies will be in a strong position when it comes to any possible discussions.