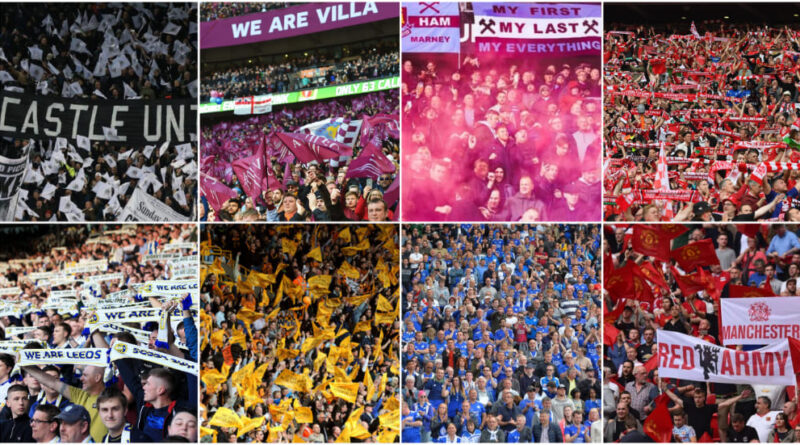 Premier League is the most-watched football league in the world. The crowd here is among the most passionate ones in the world. The clubs never face any difficulties selling the tickets. However, some of the clubs are able to fetch more crowds than others. In this article, we have ranked the Premier League clubs on turnout percentage over the last five years.

Excluding the 2020-21 season, here are the Premier League clubs ranked on turnout percentage over the last five years.

During the 2017-18 seasons, Spurs played their home games in Wembley Stadium as their new stadium was getting built. The average attendance that season was just 67,496, in a stadium having a capacity of 90000. This has brought their average turnout percentage quite low. For the 2021-22 season, their attendance percentage was 91.1%, which was also one of the worst in the league.

Their home attendance at Brentford Community Stadium during 2021-22 was quite great, not surprising given the fact that they were playing in the Premier League for the first time ever. However, during the 2017-18 and 2018-19 seasons, while they were playing at Griffin Park, their average attendance was only 80% of the stadium’s capacity. Overall, their five-year turnout percentage stands at 88.28%.

Forest are finally back in the Premier League and you can expect their attendance figures to shoot up next season. Their crowd turnout figures are quite respectable if you compare them against the other Championship clubs. They are known for producing a good atmosphere, something that could light up the Premier League next season.

We did not expect a massive club like Aston Villa to be so down the list. Their attendance during the seasons that they spent in the Championship were quite poor. However, their turnout percentage over the two years is 97.6, which is great.

Leeds United fans are one of the best in the country, if not the best. The atmosphere that they create at Elland Road is electrifying. Still, their five-year turnout percentage is lower than expected. This is slightly due to the fact that in the 2017-18 season, their average percentage attendance was only 83.2%.

Bournemouth’s home stadium, Dean Court, is the smallest stadium in the Premier League, with a capacity of just above 11k. During last season, their home attendance was just 9,529, which is poor according to the club’s previous standards.

During the last couple of seasons, Fulham played with a reduced capacity of 19,000 and filled their stadium quite comfortably. However, during the 2017-18 season, while playing in full capacity at Craven Cottage, their turnout percentage was only 77.4%.